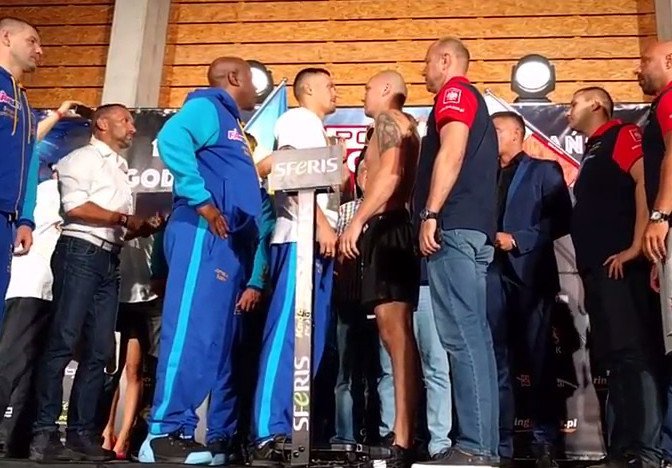 Another championship bout more than worth of note will take place in Poland, when Oleksandr Usyk challenges Krzysztof Glowacki this Saturday afternoon. Unfortunately Showtime International or PBC hasn’t picked up this superb matchup. Maybe this proves that Al’s investment money has dried because their just doesn’t seem to be a good reason why he hasn’t found a home for this fight. Go figure, the best fight on paper will get the least exposure. Luckily for us hardcores klowdtv.com will stream it live along with the Anthony Crolla vs. Jorge Linares next Saturday as part of a free offer in the month of September.

Krzysztof Glowacki’s made a clear statement in his last two fights in the states versus Marco Huck and Steve Cunningham. He exhibited a great chin and heart coming off the canvas to eventually knockout Huck. The vulnerability and power punching against Cunningham once again makes him a must-see TV fighter perfect for Al’s PBC endeavor. It’s a shame they didn’t buy airtime on CBS before SEC football mid-afternoon game. 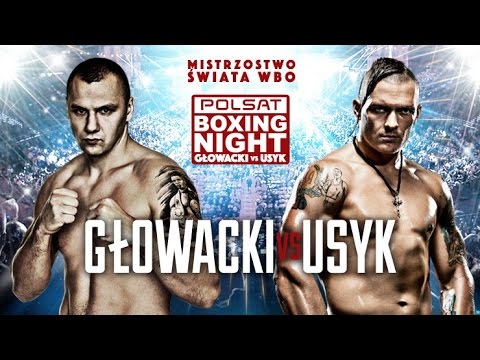 The fight itself pits Usyk the boxer/puncher against a come-forward, power-puncher with a granite chin in Glowacki. It has all the ingredients of a FOTY candidate in the Cruiserweight division, a division that often gets neglected yet keeps on producing. The style-matchup could play out very similar to Glowacki’s fights with Huck and Cunningham.

Usyk will be hard to handle with his solid lateral movement and his punishing left hands. Usyk may only have 9 professional fights but the experience with high-level talent in the amateurs and World Series of boxing, should pay dividends on Saturday. The Ukrainians left hand is very effective whether it’s behind the jab, as a lead punch, or counter. He mixes up his punches well from the head to body with ability to score on the outside at will. As a pro, Usyk seems to be a little more flat-footed but that could be due to facing limited competition thus far. He can be sharp on offense and defense but has also shown a tendency to wing shots lately. He will need to keep his guard tight and remain active throughout this contest in order to win.

Glowacki is a hard-nosed brawler who applies a blend of smart pressure with reckless abandonment. He’s not just a face-first guy all the time and will need some responsible aggression facing a talent like Usyk. The most important punch for both men will be the hook. Glowacki loves to go bombs away hooking but can also land it subtlety on the inside. The problem is he is also wide-open for hooks & can’t just settle for wild exchanges with a sharp-shooter like Usyk.

On paper most of the advantages favor Usyk but don’t make the mistake of counting out Glowacki, who can recoup and get stronger as the fight wears on. There may be a lot of firsts for Usyk in this title fight and Glowacki just needs one of them to be exposed to turn momentum. I could see Usyk up clearly on the cards only to tire or get hurt by a punch he’s only felt with bigger gloves and/or headgear. Hard shots on the side of the head or top of the forehead can have a much different effective in the pro game.

If Usyk’s chin can withstand punches from 10 oz. gloves without the headgear and pace himself over rounds, he should be the one getting his hand raised. In a great two-way scrap Usyk shows weakness just not enough of them.

My official prediction is Oleksandr Usyk by Majority Decision 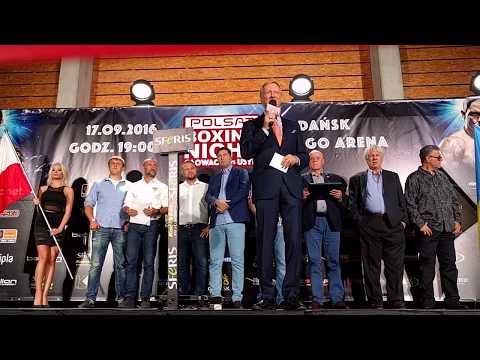 Written by Chris Carlson Host of The Rope A Dope Radio Podcast at blogtalkradio.com/ropeadoperadio or Download on iTunes