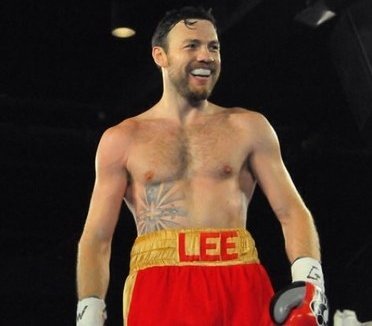 Saunders struggled badly last year in September in beating John Ryder by a 12 round decision, and many boxing fans thought Saunders lost that fight. But you have to see Eubank Jr as a step up from Ryder for Saunders, and that might be a step too far for him.

“Bob Arum and I have agreed to terms,” Warren said to IFL TV. “We’ll be announcing that sometime next week. The winner of that will fight Billy Joe Saunders if he wins that fight [against Eubank Jr]. Hopefully he will win the fight, and then fight the winner of the Korobov and Andy Lee. It’ll be sometime in early December. If Andy Lee wins and Billy comes through, that’s a nice little domestic dust-up.”

Lee, 30, won his last fight by a 5th round knockout over John Jackson, the son of former knockout artist Julian Jackson. Korobov is a tough opponent for Lee to be facing, because Lee did not look good against Jackson until he knocked him out in the 5th.

If Korobov is able to take Lee’s power shots then it’s quite possible we’ll see Lee get knocked out at some point unless Korobov runs out of gas after 3 or 4 rounds. Lee will need to push the pace to see if he can tire the Russian out, because his stamina is definitely his weakness.