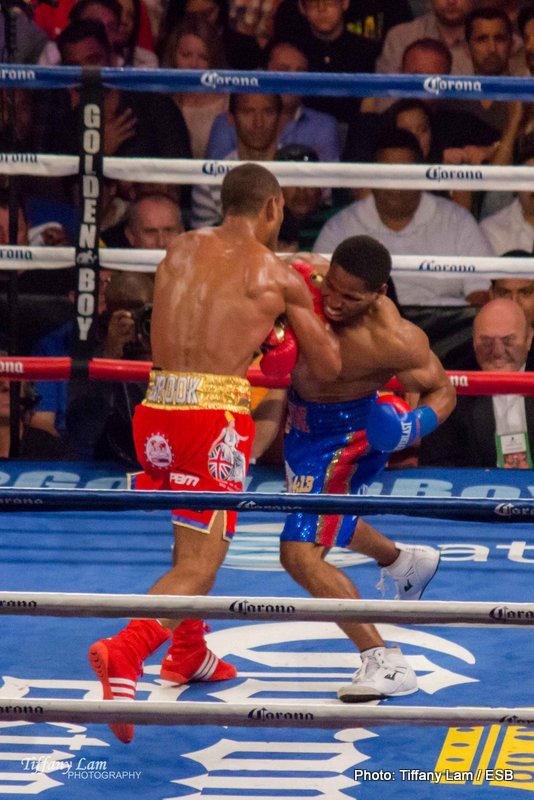 Following his victory over American Jose Zepeda on Saturday, that saw Manchester’s Terry Flanagan become the first Englishman to win a lightweight world championship, Sheffield’s IBF welterweight champion Kell Brook has spoken out to iFLtv to congratulate him, as well as to promise his own announcement regarding an opponent is imminent.

Brook, who was assisted by Flanagan in the run-up to February’s destruction of Romanian Jo Jo Dan, said of the Manchester fighter, whose win came via Zepeda dislocating his shoulder in the 2nd;

“I’m over the moon for the kid. He were helping me out for the Jo Jo Dan fight. Most of my sparring partners come for a day or two, then we don’t see owt of them. But with Terry it was brilliant work what we done together.”

“I knew that he’d be on form tonight. The ending weren’t the best but at the end of the day he got the win, he didn’t go through a war and I feel he would have got the win anyway.”

For his own part, Brook is promising that an announcement over his own opponent and next defence will drop this coming weekend in the Scott Quigg v Kiko Martinez broadcast on Sky Sports.

American brawler Brandon Rios is still the favourite to be the man facing Brook, although recently talks between the camps hit a snag over a potential rematch clause and Rios’ trainer Robert Garcia went as far to say recently that he didn’t think the fight was happening on the previously mooted September 12th date.