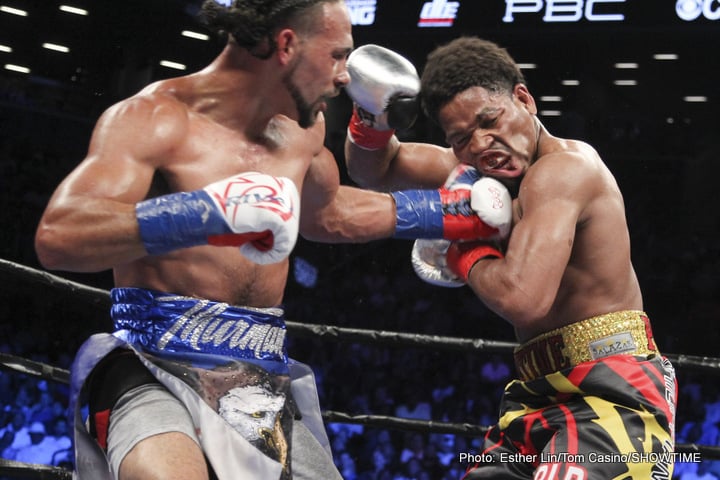 WBA welterweight king Keith Thurman, last seen thrilling his millions of fans with that tremendous effort against an equally determined Shawn Porter, must next defend against David Avanesyan; the WBA interim champion who was last seen pounding out a wide 12-round unanimous decision over the ageing bit still tough Shane Mosley. The WBA named this mandatory title defence for Thurman and if the fight cannot be agreed upon by the respective camps, within a 30-day period, the fight will likely go to purse bids.

Thurman, 27-0(22) wants, no, craves, the big, defining fights – calling out Danny Garcia shortly after his FOTY candidate of a win over Porter. Fight fans who love a big unification clash would like to see the WBA and WBC welterweight rulers come together, but it looks as though we can forget it, for now at least. If the WBA simply forces Thurman to face Avanesyan, 22-1-1(11), “One Time” will have to go ahead with the fight or risk being stripped of his belt. Thurman-Avanesyan is not an overly bad fight, it’s just not anywhere close to top of the list of must-see fights the fans are anxious to see and are willing to buy tickets for.

Avanesyan of Russia has never been stopped and he showed some good skills against an admittedly 44-year-old Mosley, but all due respect aside, Thurman would be fully expected to defeat him, probably by a KO or stoppage. But the various organisations have their rules and they stick to them (look at IBF welterweight champ Kell Brook’s disappointing defences, as ordered by that particular governing body). Thurman is right about at his peak now and he both wants and deserves the massive fights – against Garcia, or Porter in a rematch, or against rising star Errol Spence Junior.

Would a fight between Thurman and Avanesyan be a large waste of time, of interest to the WBA and pretty much nobody else? Fans will vote with their feet, that’s for sure. Thurman is one of the most exciting fighters around today, and his star power would only increase with him facing the elite in future bouts.