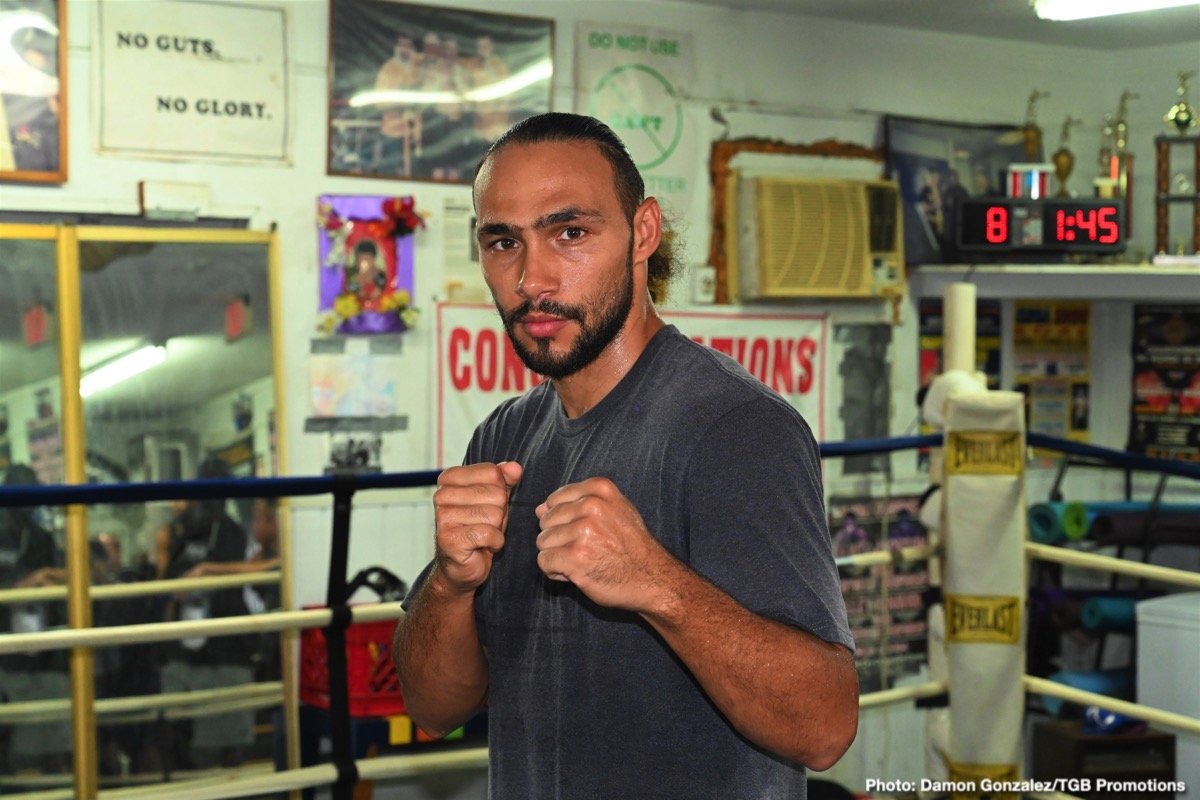 It’s not too unusual to hear fighters talk about themselves in the third person, even if it can prove to be annoying (Roy Jones Jr was/is the king of it), and right now, WBA welterweight champ Keith Thurman talks about himself as though he were another entity. As reported by RingTV.com, Thurman spoke with the media yesterday, and when taking a look at himself, and talking about himself, “One Time” made a number of boasts.

We can agree with some of the things the unbeaten Thurman said: that he is always in exciting fights. But is Thurman correct when he says he has the best resume of all the welterweights out there today? One could argue the guy he is fighting on July 20th, Manny Pacquiao, has the best, most impressive C.V at 147 today. But Thurman aims to beat Pac Man and become, as he puts it, “the new Manny Pacquiao.”

There is no doubt Thurman has given us some superb action, his fight with Shawn Porter being the highlight, but we need to see what the “new” Thurman has to offer. Last time out, in his comeback fight after injury-enforced layoff, Thurman labored against Josesito Lopez. This made for another good fight to watch, but Thurman, 29-0(22) will have to up his efforts to defeat Pacquiao. As he will have to improve on that showing if he’s to defeat either Errol Spence or Terence Crawford.

The big fight of July 20th could turn out to be Thurman’s defining fight. But will he win it or will he come up short? And will he continue speaking about himself in the third person if he is humbled in Las Vegas?