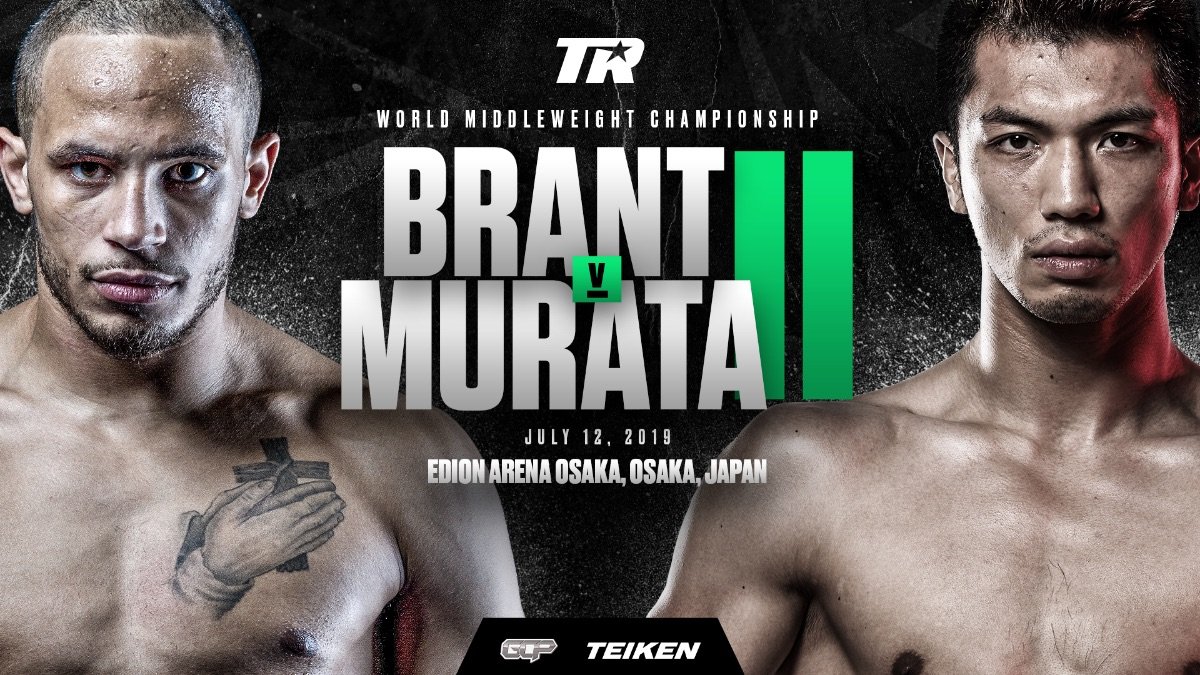 Before hometown hero and WBO No. 1 featherweight contender Shakur Stevenson headlines against Alberto Guevara at Newark’s Prudential Center on Saturday evening (ESPN and ESPN Deportes, 10:30 p.m. ET), boxing fans will be treated to a trio of world-class cards exclusively on ESPN+, the industry-leading sports streaming service.

Set your alarm clocks and smartphone alerts and get ready for a weekend fistic extravaganza.

“Breakfast and Boxing” returns with one of the year’s most highly anticipated rematches, as Rob Brant will make the second defense of his WBA middleweight world title against the man he defeated to win the belt, Ryota Murata, at EDION Arena Osaka in Osaka, Japan.

Brant (25-1, 17 KOs) upset Murata last October in Las Vegas, snatching the belt in a thrilling performance that saw him throw 1,262 punches, the second-most ever recorded by CompuBox in a middleweight bout. Murata (14-2, 11 KOs), who became a sporting hero in Japan after capturing Olympic gold at the 2012 London Olympics, has not fought since. Brant, meanwhile, defended his belt in February on his home turf with an ESPN-televised 11th-round TKO over the previously undefeated Khasan Baysangurov in Hinckley, Minnesota.

In the co-feature, Ken “The Amazing Boy” Shiro will make the sixth defense of his WBC light flyweight title against Filipino challenger Jonathan Taconing.

Shiro (15-0, 8 KOs), Japan’s longest-reigning current world champion, won the title May 20, 2017, with a majority decision over Ganigan Lopez. He went 3-0 in 2018, including a second-round knockout over Lopez in May on a card that streamed on ESPN+. In his last fight, Dec. 30 in Tokyo, he won a near-shutout decision over Saul Juarez. Taconing (28-3-1, 22 KOs) will be making his third attempt at the WBC light flyweight title. He lost a technical decision to Kompayak Porpramook in 2012 and a unanimous decision to Ganigan Lopez in 2016.

Dickens (26-3, 11 KOs) has won four in a row since back-to-back losses to Guillermo Rigondeaux and Thomas Patrick Ward. May (21-1, 12 KOs) has won 17 consecutive bouts and is coming off a first-round stoppage over Jose Miguel Tamayo on June 14 in Tijuana, Mexico.

In the main event battle of unbeatens, Daniel “Dynamite” Dubois will fight Nathan Gorman in a scheduled 12-rounder for the vacant British title. Dubois (11-0, 10 KOs) has seven stoppages in two rounds or less and is coming off a spectacular fourth-round knockout April 27 over Richard Lartey on a card that streamed on ESPN+. Gorman (16-0, 11 KOs) has defeated former world title challengers in his last two bouts (Kevin Johnson and Razvan Cojanu) and is confident that he’ll pull off the upset. 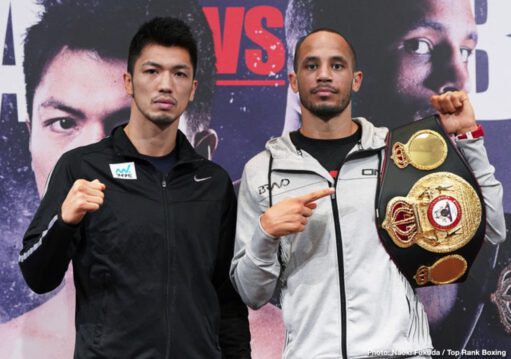 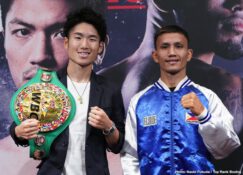 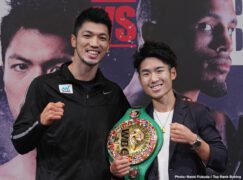 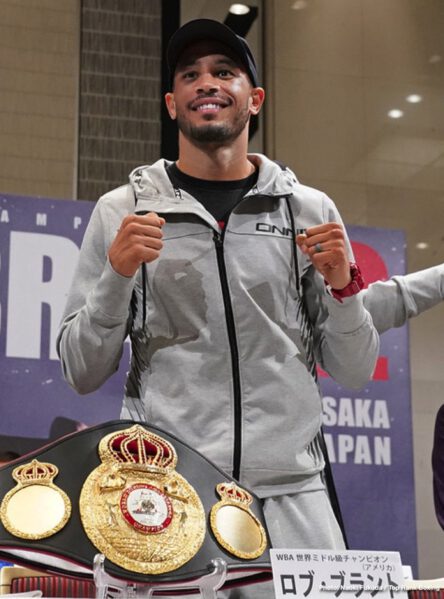 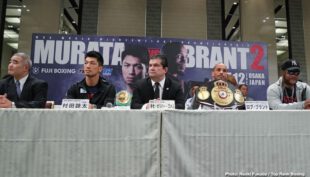 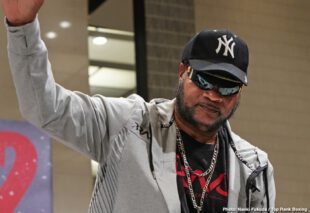 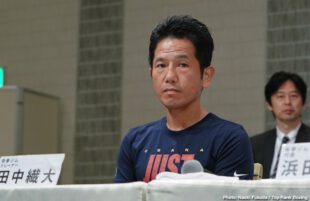 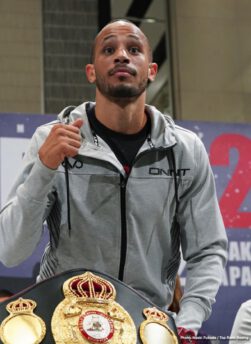 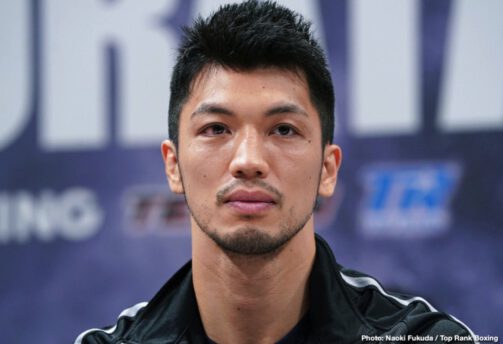 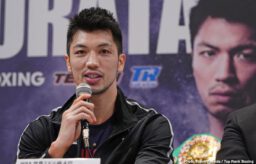 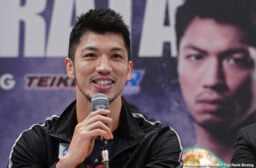 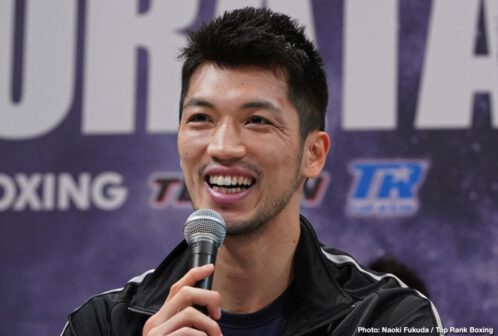 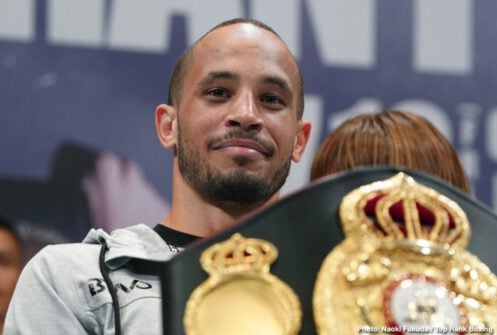 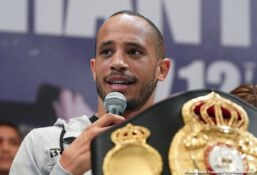 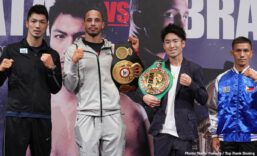 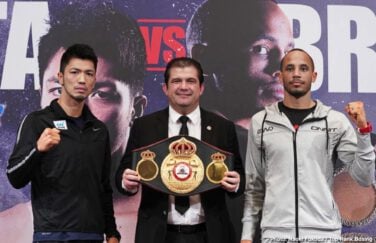 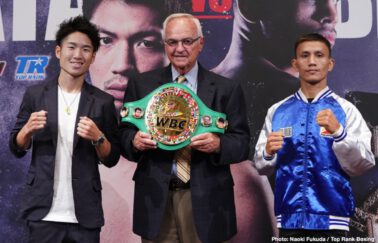 Rob “Bravo” Brant and Ryota Murata have a painful shared history. They waged a toe-to-toe battle last October in Las Vegas that saw Brant wrest the WBA middleweight title away from Murata via unanimous decision.

It’s time for the rematch.

Brant will make the second defense of that title against Murata Friday, July 12 at Edion Arena Osaka in Osaka, Japan. Murata, who captured a gold medal at the 2012 London Olympics, is one of his nation’s most revered sporting heroes and will look to gain vengeance in front of his home fans.

“I am very excited to be defending my title in Japan against Ryota Murata. Ever since I beat him for the belt, I have always known this fight was on the horizon,” Brant said. “I feel Murata is only at his full potential while in front of his people. This fight is me showing the world that I can bring my full potential with me wherever I go.”

“Rob Brant beat me fair and square, but I am ready to get revenge,” Murata said. “I want to show everyone the real Ryota Murata and regain my world title in spectacular fashion. I took some time off after my last fight, but I never lost my fighting desire. In fact, I am more motivated than ever.”

“There is no doubt that the rematch with Murata will be a terrific fight filled with tension, excitement and anticipation in front of the supportive Japanese crowd,” Cohen said. “We expect Rob to perform even better the second time around and look forward to another impressive performance. It certainly won’t be easy, but we are confident that the cream will once again rise to the top.”

Brant (25-1, 17 KOs), a native of St. Paul, Minnesota, is unbeaten when fighting as a middleweight. He entered the first Murata fight as a sizable underdog, but his activity told the story. Brant threw 1,262 punches — the second-most ever recorded by CompuBox in a middleweight fight — to overwhelm Murata. For his first title defense, in front of a standing-room-only crowd at the Grand Casino in Hinckley, Minnesota, Brant knocked out the previously unbeaten Khasan Baysangurov in the 11th round.

Murata (14-2, 11 KOs) had a fast rise through the pro ranks after turning pro in August 2013. He won the first 12 bouts of his career before losing a highly controversial split decision to Hassan N’Dam in May 2017 for the vacant WBA middleweight title. He exacted revenge five months later, stopping N’Dam in seven rounds to win the title. Murata made one successful title defense before running into the Brant buzzsaw last October.

Use the hashtag #BrantMurata2 to join the conversation on social media.