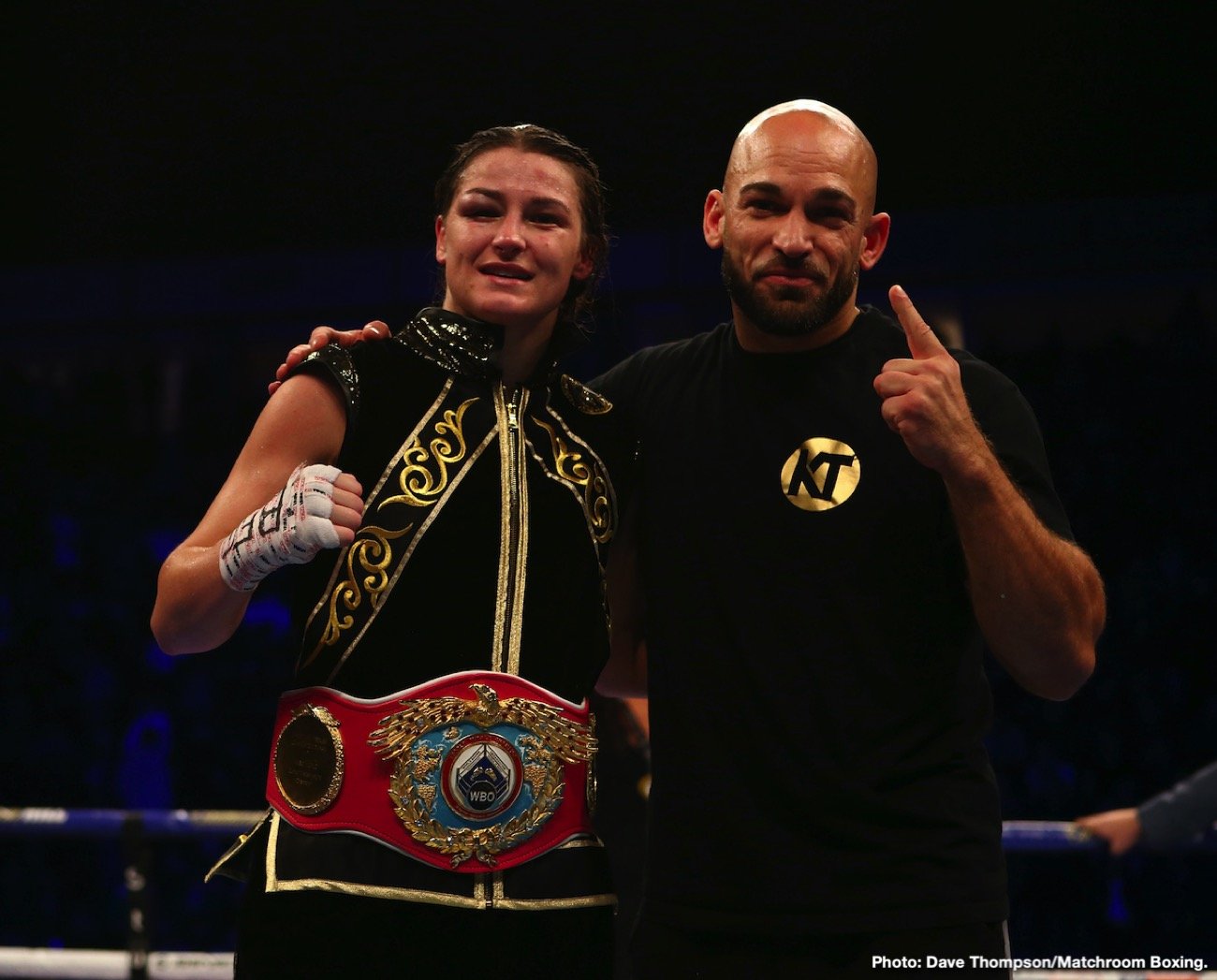 Though a good number of fight fans have possibly grown quite weary of crossover fights, showdowns between a star boxer and a star MMA fighter, there is a very good chance there would be massive interest in a female super-fight between boxer Katie Taylor and MMA warrior Cris Cyborg. And as has been reported by Irish Boxing, amongst other outlets, talks have begun regarding making the fight. In fact, there seems to be a good chance there could be two fights between the two – one boxing, one MMA.

Bellator boss Scott Coker has confirmed how he and Eddie Hearn, who of course promotes Irish star Taylor, have started talking. “There is dialogue,” said Coker. “We’ll continue talking.”

Coker says one of the sticking points to making a deal could be that Cyborg asks for two fights, one in each discipline. Coker said how, when MMA star Conor McGregor fought Floyd Mayweather in their massively hyped 2017 fight, he thought Floyd should have given McGregor “reciprocation” by way of a second fight, this one fought under MMA rules. To the surprise of absolutely nobody, Mayweather took a pass. So if Cyborg does demand two fights, will Taylor agree?

It would be great if the unbeaten, unified women’s lightweight champion did agree to the two fights. Imagine the massive interest, first in fight-one, and then in the rematch. 34 year old Taylor just might be the best female boxer in the world right now, but could she defeat Brazil’s Cyborg in an MMA fight? 35 year old Cyborg just might be the best female MMA fighter today, but could she beat Taylor in a boxing match?

To repeat, there would be huge fan interest in finding out. In all honesty, I’d be a whole lot more excited and intrigued to see these two fight than I would be in seeing that talked of Manny Pacquiao Vs. Conor McGregor crossover fight next year. Let’s be honest, we already know the winner there – but can we say the same of a Taylor Vs. Cyborg clash? Or two clashes?