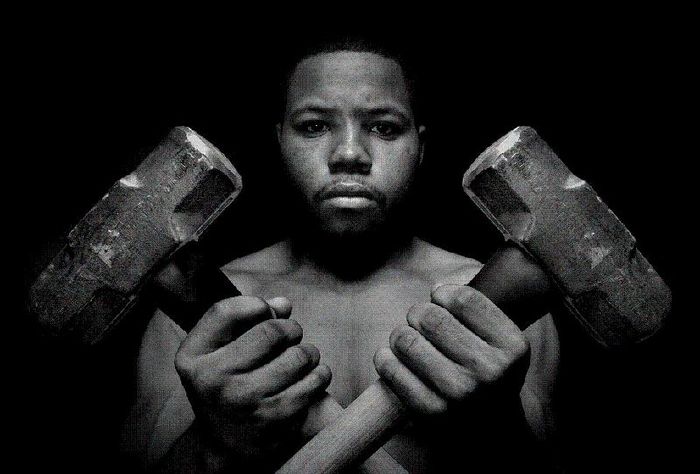 Once again Floyd Mayweather Jr. was able to make the media as well as the boxing community explode with emotion, in response to his declaration of either Karim Mayfield or Andre Berto being his next and possibly final career opponent.

In a recent interview, Karim “Hard Hitta” Mayfield (19-2-1, 11 KOs) made it clear that neither Andre Berto nor Amir Khan would be able to deliver the kind of thrilling performance against Mayweather Jr. that he could.

“I’m always ready to fight anyone anywhere. The fact that the great Floyd Mayweather has mentioned me as someone he wants to fight in September is music to my ears. It would be an honor to fight Floyd in Las Vegas.

” He’s done a lot for the sport and he’s arguably the best fighter to ever lace em up. My last few fights have been at 140 pounds and I know the extra weight would make me more powerful. I fought Francisco Santana at 152 pounds and gave him his only KO loss. I’m very powerful and comfortable at that weight. I know I would give Floyd all he can handle. My trainer Ben Bautista and I have a game plan we know will be successful against Mayweather. I’d give Floyd his first loss in a highly explosive fight,” said Mayfield.

I must say that all the interviews of Mayweather’s future opponents sound unoriginal and cliché at this point. Everyone believes that they know exactly what to do in order to hand Mayweather Jr. his first career loss, despite the fact that more than a dozen experienced top notch world champions could not do so.

Of his last three fights, Mayfield lost two. His opposition was far from comparable to any top fighters in the division, making it seem that while Mayfield may be a good fighter with a future brighter than we know, his outlook against Mayweather Jr. is non-existent. Nonetheless, Karim points to the other possible Mayweather Jr. rivals, making them look a class below Mayfield himself.

“No disrespect to Andre Berto, he’s a good fighter and we have a mutual respect for one another, but he’s not as durable as I am. Berto has two losses against opponent’s Floyd has already defeated. I’ve never been dropped, battered or bruised in any of my fights. I bring a rough style to this fight, a style the fans want to see Floyd up against,” stated Mayfield.

While most would agree that Berto’s durability is questionable, his resume is technically better that Mayfield’s, or at least as good. He fought better competition, even though he had lost to some.

“Every time I sparred Amir Khan at Virgil Hunter’s gym, I put hands on him. So bad that Virgil had to stop the sparring sessions. Khan has also been brutally knocked out twice by Prescott and Garcia. The man has no chin and he wouldn’t last twelve rounds with Money Mayweather. He’s definitely the safer route. I’ve been the ring with everyone. I soundly beat Herrera, I whooped Pacquiao and Khan in sparring. Shawn Porter refused to step in the ring when he had the choice to fight me or Erick Bone with only one day notice. A lot of fighters have ducked me because I’m a serious threat to anyone,” concluded Mayfield.

If it is indeed true, if Mayfield whooped Pacquiao and Khan in sparring, maybe he does indeed deserve a shot at Mayweather Jr. Personally I find it difficult to believe, but I must say that he is trying it all to secure a fight that will make Karim more money than all his previous fights combined.