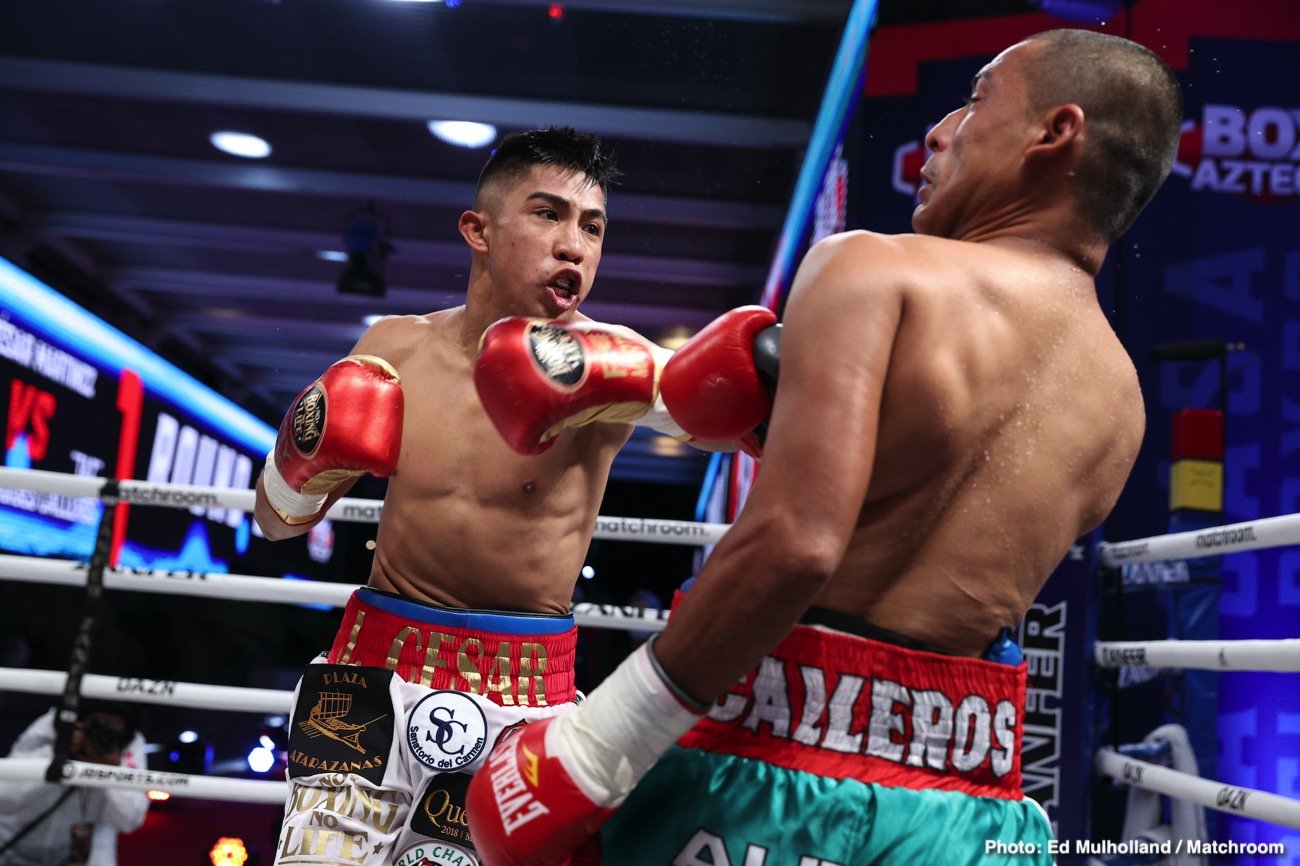 In a big disappointment, Julio Cesar Martinez has pulled out the title defense of his WBC flyweight belt against McWilliams Arroyo this Saturday because of a fractured right hand.

Martinez (17-1, 13 KOs) had been scheduled to defend against Arroyo (20-4, 15 KOs) in their long-awaited fight in the co-feature on the Canelo Alvarez vs. Avni Yildirim event on DAZN from Hard Rock Stadium in Miami, Florida.

Arroyo and Martinez were looking forward to their fight, as they were going to get a lot of visibility from boxing fans that will be watching to see the superstar Canelo.

Arroyo says he wants to still fight on the card, if possible, for the interim WBC 112-lb title if an opponent can be found in time. That’s unlikely to happen because of the pandemic situation. They would need to find a ranked contender in the WBC’s top 15 rankings at 112 and then have tested and flown out for the weigh-in today.

He was pretty upset about it, saying that he’s been waiting to fight Martinez for the WBC strap since last summer, and it hasn’t happened.

Given how long Arroyo has already waited for his mandated title shot against Rey Martinez, he’d like for the World Boxing Council to step in and allow him to fight for the interim WBC belt.

It’s unclear if the WBC will give the injured Julio Cesar Martinez the ‘Champion in Recess’ tag so that his title can be freed up for Arroyo, 35, and another fighter to battle for. That would obviously be an ideal situation.

Other than that, Arroyo could be waiting a long time before he gets his title shot. At his age, it’s not a good deal for him to be sitting on the sidelines trying to get his title shot finally.

McWilliams complains that he only found out about the fight being canceled with Martinez on social media rather than being contacted.

Martinez says he waited before pulling out because he was still hoping to fight, but the injury was too much for him to go through with the contest.

This is a massive hit for the Canelo Alvarez vs. Avni Yildirim card with the loss of the Martinez-McWilliams fight. Many boxing fans saw the Martinez vs. Arroyo contest as the most appealing fight on the entire card.

The 2008 Olympian McWilliams defeated Carlos Cuadras in 2018, and he’d looked impressive in winning his last three fights to earn his title shot against Julio Cesar Martinez.