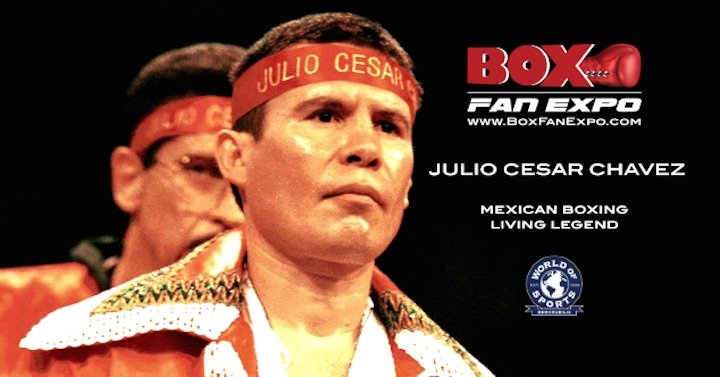 After a quite incredible 113 pro bouts fought over 25 long years, Mexican legend Julio Cesar Chavez still wasn’t done. Not quite. On this day back in 2005, a 43 year old Chavez was ready to say “Adios” to the L.A fight crowd, and maybe to boxing in general. Chavez fought Ivan Robinson at the Staples Centre (just $50 bucks for a cheap seat, $200 for a ringside perch) and a large crowd showed up to say thanks as well as goodbye.

Chavez, really a fighter who had done it all, fought largely from memory. Robinson of Philly, best known for his two thrilling wars with Arturo Gatti, both fights wins for “Mighty,” was no spring chicken himself at age 34 yet he was deemed to be a whole lot fresher than the former multi-weight champ. But, in perhaps the last display of good fighting ability he had left to offer, Chavez managed to at least partially turn back the clock. 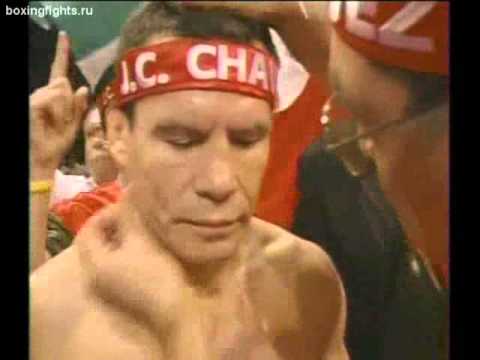 Chavez, in shape, managed to knock Robinson down in the fourth round and he won almost every session. It was no dud of a fight, no embarrassment, no freak show. And the Mexican icon went home a winner. A wide UD winner after ten pretty lively rounds – 100-88, 99-89, 99-89 – Chavez was now an amazing 107-5-2(85), the five defeats coming against Frankie Randall, Oscar De La Hoya (twice), Willy Wise (go figure!) and Kostya Tszyu.

If only Chavez had walked away after beating Robinson. Instead, lured back for one more, one more, Chavez was beaten by tough journeyman Grover Wiley that September; Chavez being forced to quit on his stool. It made for a far less glorious career finale than the win over Robinson would have done. What’s that familiar saying – boxers never know when to quit. As great as he was, Chavez was another special fighter who pushed his luck.

As for Robinson, he was thrilled to have shared a ring with Chavez, even a faded version of the finest fighter Mexico ever produced. Robinson’s aim was to “get revenge for Meldrick Taylor.”

“My career had some ups and down but it was great,” Robinson told this writer a while back. “I made a lot of money, I just wish I’d been smarter with that. The Chavez fight, that was a helluva fight for me. I was fighting a legend, even if he was an old man. I never disrespected him. And he’d fought my friend, Meldrick Taylor. A lot of people from the neighborhood were telling me to get revenge for what Chavez had done to Meldrick when they fought (in March of 1990). But Chavez could still punch! He hit me with some great body shots, harder than I took in the two Gatti fights. That was my last great fight.”

It should have been Julio Cesar Chavez’ last fight.