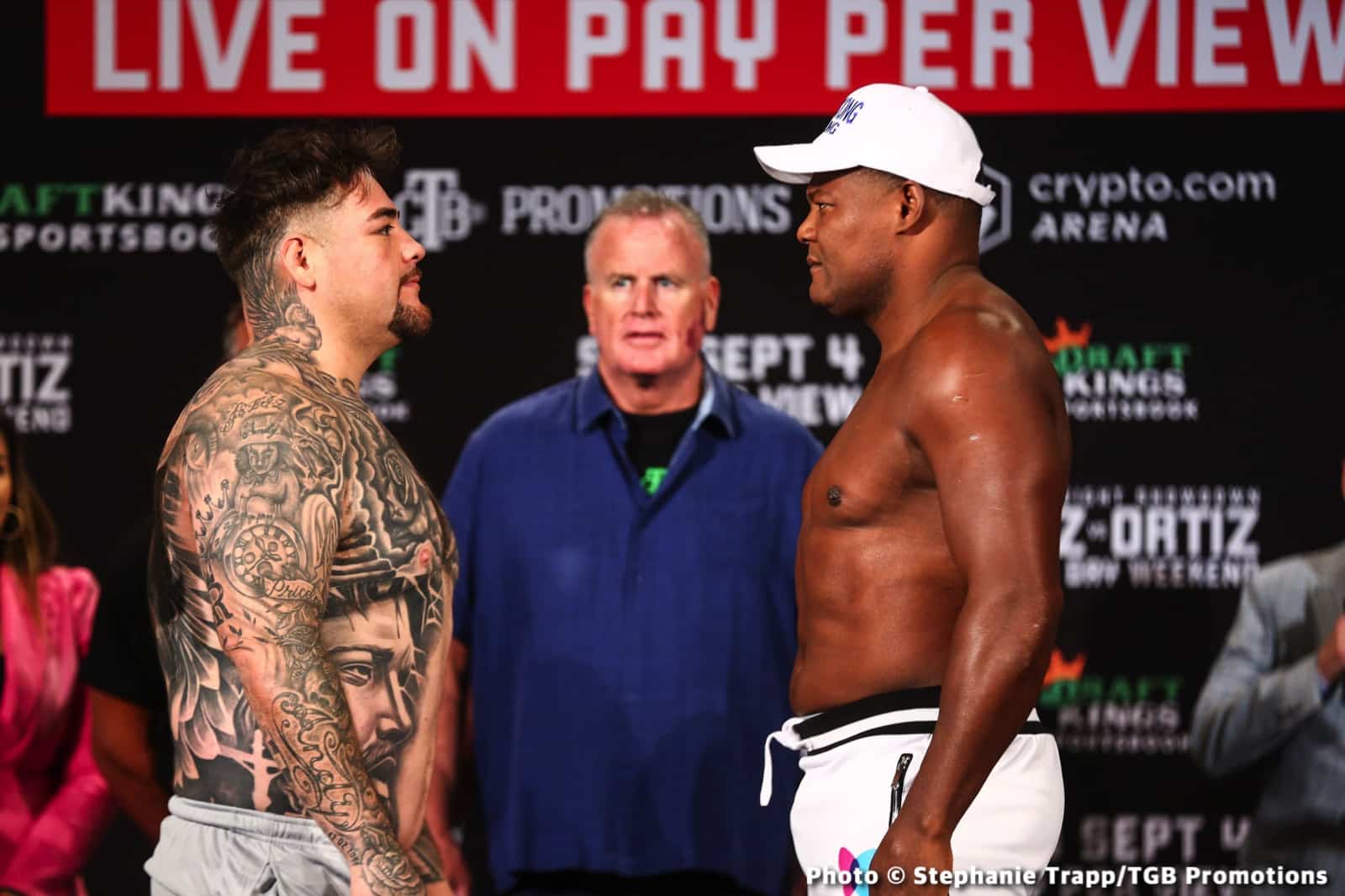 A slim-looking Andy Ruiz Jr weighed in at 268.75 lbs, and his opponent Luis Ortiz came in at 245.25 lbs on Saturday ahead of their headliner on Saturday night at the Crypto Arena in Los Angeles.

The winner of the Ruiz vs. Ortiz fight will be the mandatory for WBC champion Tyson Fury. It remains to be seen whether Fury will the WBC champion much longer. 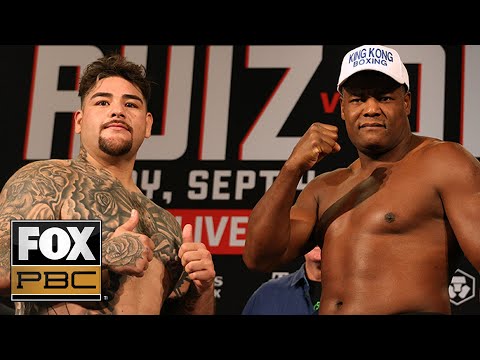 Ruiz (34-2, 22 KOs) weighed roughly the same amount as he did for his upset victory over former unified heavyweight champion Anthony Joshua.

The weight for Ruiz, 32, doesn’t guarantee victory for him, though, as he struggles against fighters that stay at range, jab & move, as Joseph Parker, Joshua, and Sergey Liakhovich did in their fights against him.

Ruiz’s short legs & arms make it crucial that he can inside on Ortiz because if he can’t do that, he’ll wind up losing on Sunday just as he did in his rematch with Joshua.

When it comes down to it, Ruiz’s win over Joshua was luck, and he would have likely lost if AJ had boxed him as he did in the second fight.

That’s why it’s quite possible that Ruiz will lose to Ortiz if the 43-year-old is able to move around the ring, jab, and keep the shorter fighter from getting inside on him.

“I’m well prepared, but I’m coming to win either way,” said Isaac Cruz to Fight Hub TV when asked if he’s going for a knockout. ”

“I want to make a statement. I’m here for the long run, and I’m only 32 years old. I’m still learning for every fight,” said Ruiz after weighing in. “Right now, it’s my moment, my year.

“Luis Ortiz is a tough guy, and we know that. That’s why we’ve been putting in all this hard work in. I’m ready to get it on. 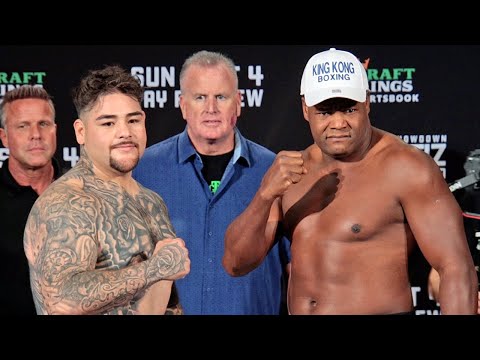