Lopez was keen to move up to 140lbs to face undisputed champion, Taylor but was beaten on a split decision to Kambosos Jr in New York last month. 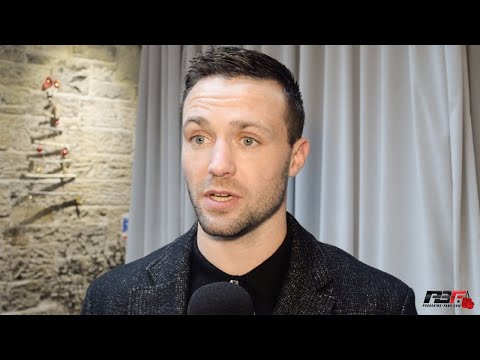 Lopez’s trainer and father, Teofimo Lopez Sr said post-fight that the aim remained Taylor after having a fight at 140lbs first.

“We’re going to go up to 140lbs, get a fight in February, and then fight Josh Taylor,” Lopez Sr told Seconds Out.

“This doesn’t change anything.”

However, Taylor has rubbished the comments ahead of his clash with mandatory challenger, Jack Catterall on February 26 in Glasgow.

“He got beat up by George Kambosos. So what right does he have to come up and challenge me?

“He’s not got anything to offer on the table at 140 so what’s the point?

“Plus I would beat him up anyway, give him a good beating.”

The 30-year-old won the undisputed title in May, knocking down Jose Ramirez twice on route to a unanimous decision win in Las Vegas.

‘The Tartan Tornado’ has also been linked with a showdown with Gervonta Davis, who won the WBA ‘regular’ super lightweight title against Mario Barrios in June.

‘Tank’ defended his WBA ‘regular’ lightweight title with a unanimous decision victory over Isaac Cruz on Sunday and Taylor believes he would make easy work of the 27-year-old, but doubts that the fight will ever happen.

Asked if he thought they would ever fight, Taylor added: “If it’s there and there’s enough zeros on the pay packet then yeah, of course.

“I think it’s an easy fight for myself and a good payday.

“I think it’s a great fight, an easy win for me, but I don’t think that’s ever going to happen.

“I don’t think his management are going to put him in with any real threats of opponents who are beating him anyway, so forget about it.”