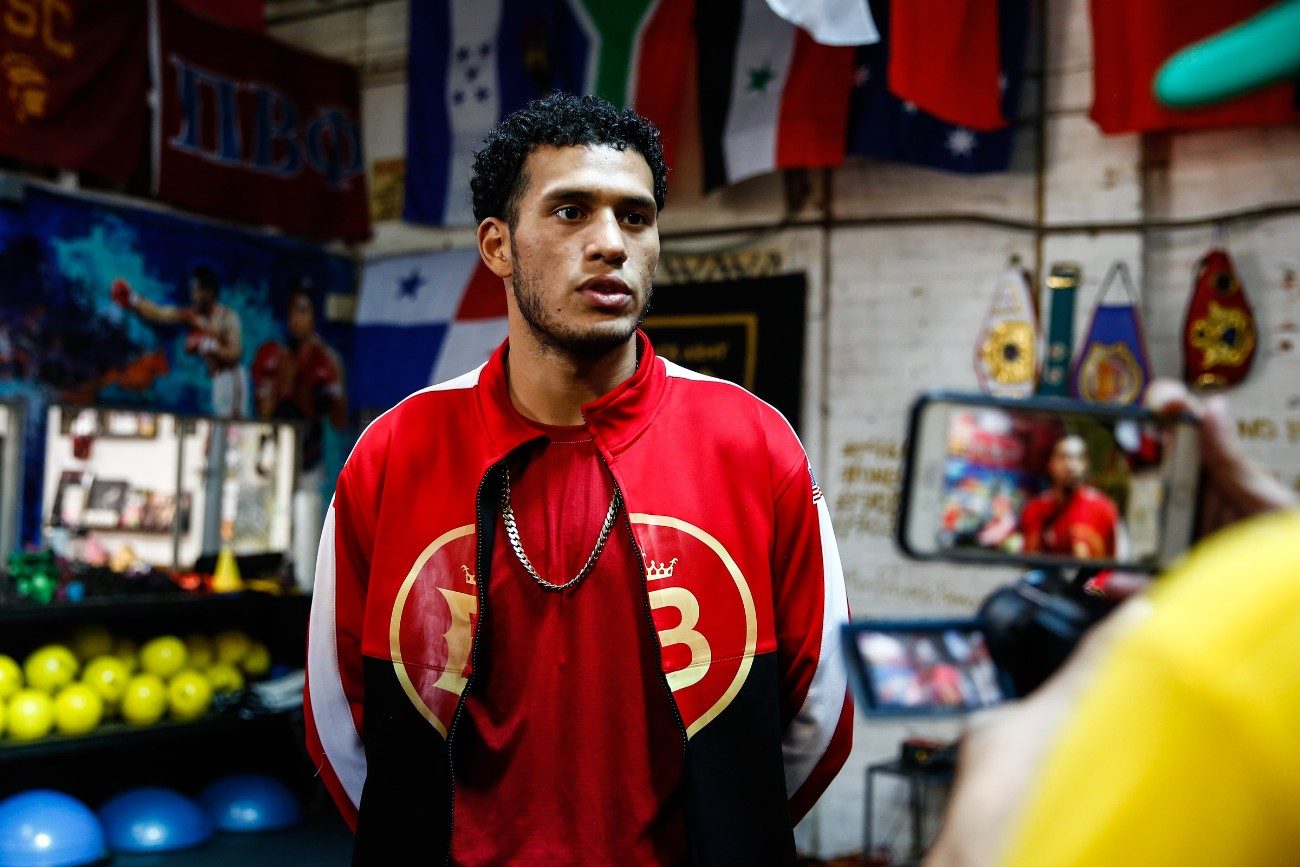 Here is what the fighters had to say Thursday from City of Angels Boxing in Los Angeles:

“It’s always good to study your opponent. We know what his strengths and weaknesses are. He’s got a good right hook and an uppercut. I know what to expect, but in the fight there can always be more aspects to his game I didn’t see. So we’re ready for anything.

“The last six fighters I’ve faced have all talked about how they have more experience than me, and it’s true, but they’ve all been beat. I’m not going to intimidated by anybody. Nobody scares me. I’m just here to do what I do best. I did everything right and we’ll see the results on September 28.

“I’m looking to knock Anthony Dirrell out. If we don’t get it, I’m going to give the fans a great fight. Either way, I’m looking to nominate.

“I had hurt him in the first round… so I just tried just walking him down the second.”

Former Champion @Benavidez300 breaks down his TKO victory over Love back in March. pic.twitter.com/VAJ317DMKc

“I’ve had a lot of great opportunities in recent years and that was all that was missing from the beginning of my career. I’m very blessed to be in this position and grateful for my team that got me here. And I’m going to continue to shine.

“I’m very motivated to lead this next generation of fighters and excited to see what’s going to happen. I follow a lot of the other fighters around my age and we’re making a lot of noise now.

“I learned a lot from sparring Shawn Porter. I’ve been sparring older guys since I was a kid. In the amateurs I always fought guys older than me. I’ve been doing this all my life.

“We do a lot of sparring with a lot of different fighters. If you can adapt to four different styles in one sparring session, imagine going up against just one style in the ring. That’s something my dad has told me to do and it works well for us.”

“A win opens up more opportunities. I’ve proven myself and I continue to prove to everyone that I belong in the ring with top fighters. I’ve given elite fighters some of their toughest fights. You’re always in for an exciting fight with me.

“I don’t underestimate John Molina Jr. I’ve seen him a lot throughout the years, just like I’m sure he’s seen me. We know each other quite well, so the fans are in for a good one. We’ve both proven we have the heart and the will, now we have to prove it against each other.

“My preparation has given me confidence heading into this fight. I know that I can be in there with the best of them. And, I feel great physically, I’m focused mentally and those tough rounds against a fighter like Keith Thurman in my last fight definitely boosted up my confidence. I have to showcase everything on September 28.

“It’s going to be an exciting fight. I’ve prepared for battle and I’m going to win. I’m ready to go through anything to get this victory.

“I don’t feel pressure to make this an action fight, because this is one of those matchups where it’s just going to happen naturally. This is an evenly-matched fight and everyone is going to get their money’s worth.

“I don’t really have a prediction but I think Spence vs. Porter is going to be an exciting fight. Spence has shown a lot but Porter is tough dog and I’m sure he’s going to give him everything he’s got. The entire card is action. It’s a can’t miss pay-per-view from top to bottom and I’m excited to be a part of it.”

“Me and Josesito are both guys who took tough roads to get here and the fans love us because of what we always put into the ring. We leave everything in there and that’s why the fans know this fight is going to be one to remember.

“I’ve been doing this a long time and I’ve seen just about everything in the sport. There’s nothing new that Josesito can do to surprise me. At the end of the day, this is a fight. We’re well prepared, and I know he is as well.

“Having to pull out of my previously scheduled fight left me with a burning desire inside. I was upset. I know I don’t have to prove to the fans that I’m gritty, because they’ve seen what I do in the ring. But it still leaves a bad taste in my mouth. When this fight presented itself, I jumped at it.

“It’s huge to be on this platform and it gives me a great opportunity to continue fighting for my family. It’s motivating and it makes me want to give the fans everything they deserve.

“This whole card is stacked from top to bottom. It’s all action and me and Josesito are going to give everyone a great Southern California brawl.”

ABOUT SPENCE VS. PORTER