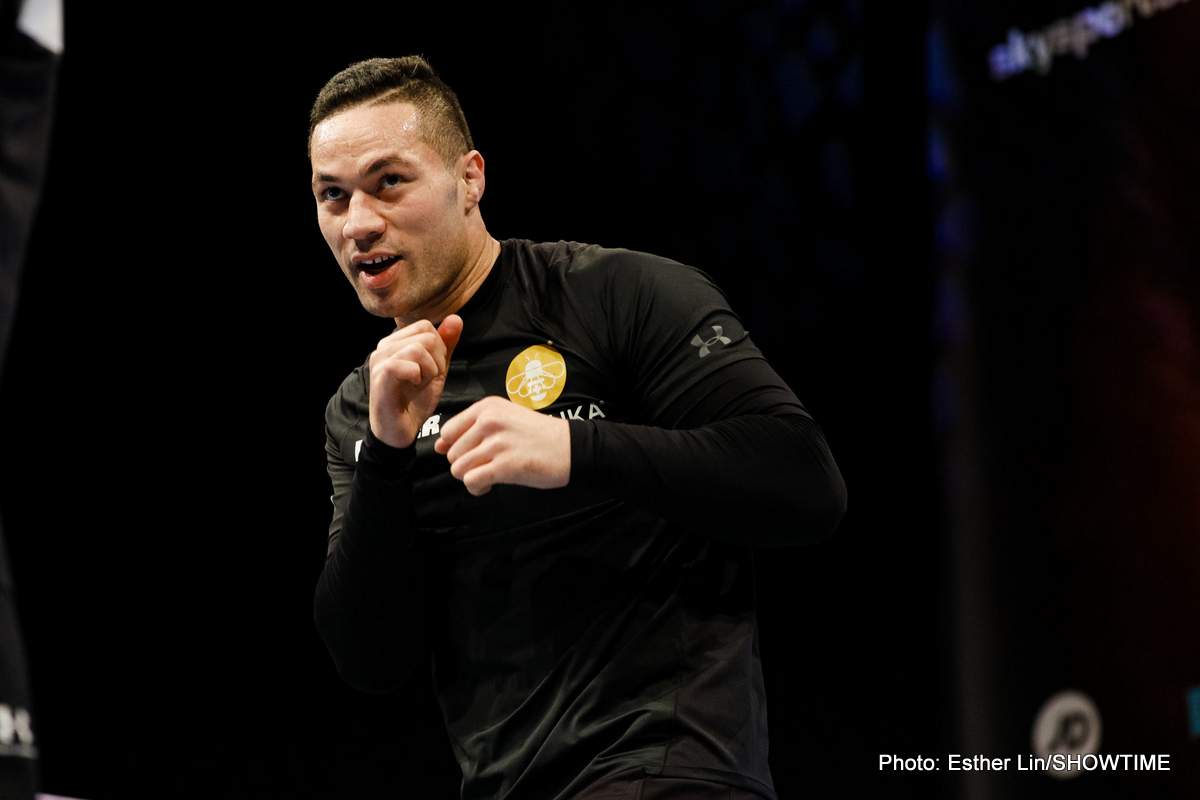 It’s unclear what lineal heavyweight champ Tyson Fury will do next, as it is unclear what move WBC heavyweight champ Deontay Wilder will take next. Fans everywhere want to see a rematch between the two, but it remains to be seen if Wilder will accept a deal to fight Fury on ESPN; Top Rank recently signing Fury up to a multi-fight deal on the network. Bob Arum suggests the two stars should take an interim fight next, and then clash in what will be a massive return fight around September time.

This is how things may turn out, but who might Fury, and Wilder, fight next? As far as Wilder is concerned, it’s pretty much anyone’s guess who his next challenger might be, but one man has put his name forward for a fight with Fury: former WBO heavyweight champ Joseph Parker. Parker is a big name, he is a respected fighter and he does hold a decision win over Fury’s cousin Hughie. All this considered, David Higgins, Parker’s promoter, feels a fight between Parker and Fury would be a big event.

“We have said Joseph Parker will fight anyone, anywhere if the terms are fair and that stands. We would fight Tyson Fury,” Higgins told Stuff in New Zealand. “We are not naïve, that’s a very tricky fight. Some would say that Parker shouldn’t be going near Fury with where he is at on the comeback trail. But it’s a risk-return business. Parker/Fury would generate huge revenue. Any heavyweight can beat another heavyweight and if the terms were right and fair we will fight Fury. But it would have to be a substantial offer. It’s Team Parker 1, Team Fury 0. But we respect Tyson Fury. I think he is probably the leading heavyweight in the world at the moment ……. better than Anthony Joshua and Deontay Wilder. Fury is the man to beat.”

But is Parker the man to beat him? If Bob Arum likes the idea of this match-up, and if no Fury-Wilder II gets done next, then maybe this fight could happen, and maybe it would be a hit with the fans. Parker, one win removed from his controversial decision loss to Dillian Whyte, has never been stopped and he has only been beaten by Joshua and Whyte. There is no reason to feel a Fury/Parker fight would be mismatch or a walk in the park for Fury.

Maybe Fury and Wilder will indeed box separate oppositions next (maybe even on the same card) and then fight their demanded return later this year. Sure, the iron is red-hot right now and a return meeting of the December draw won’t get any hotter, but we fans can stand to wait a little while longer for it. Let’s just hope Parker doesn’t upset Fury if does indeed fight him next (and the same for Wilder’s next foe). It would be great for Parker, but where would we be then with regards to Wilder-Fury II?