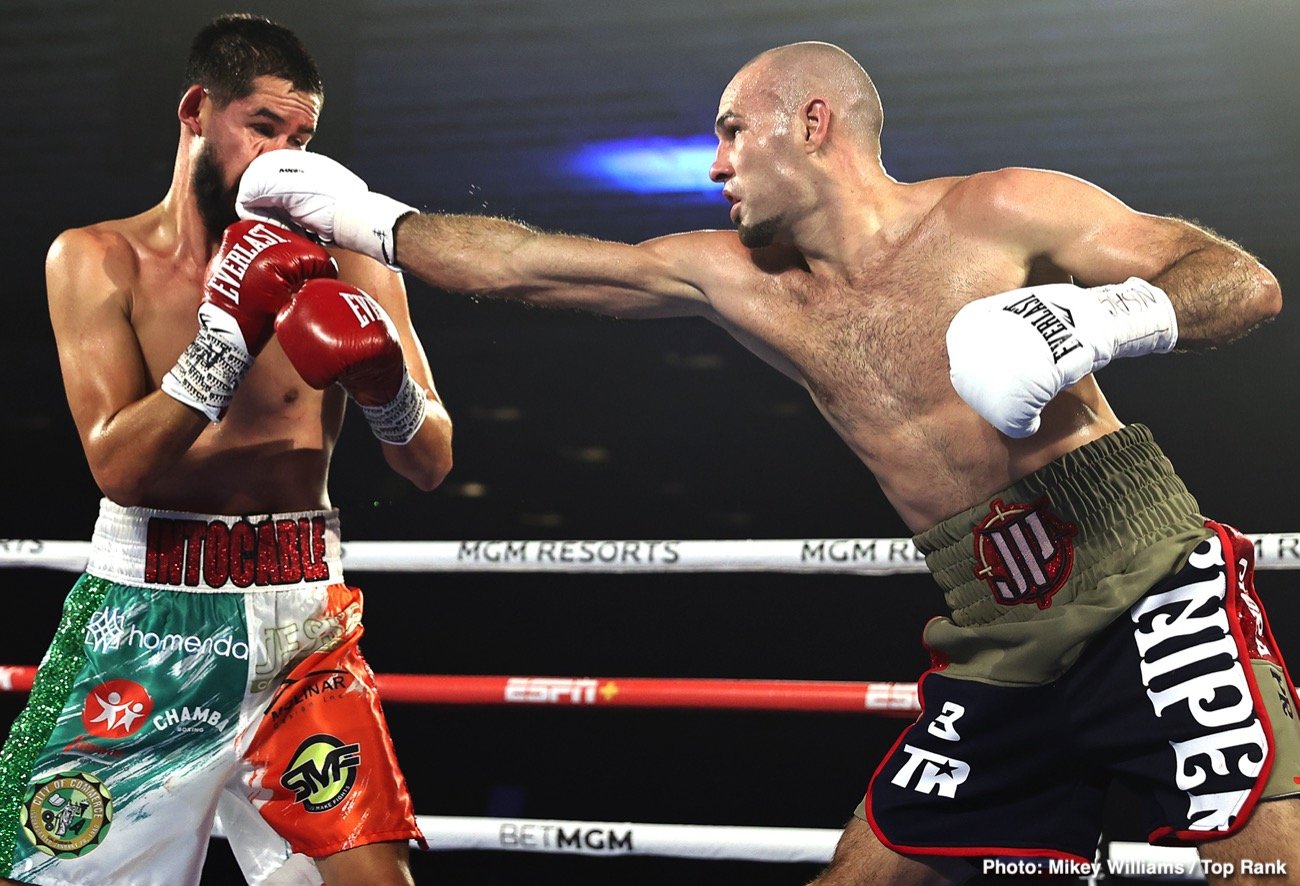 Pedraza (28-3, 13 KOs), who won a decision over Mikkel LesPierre on July 2, returned to Las Vegas and authored his most significant junior welterweight victory. Molina (22-3, 9 KOs) entered the evening on a five-bout winning streak, a career-reviving run that included an upset over Amir Imam back in February. 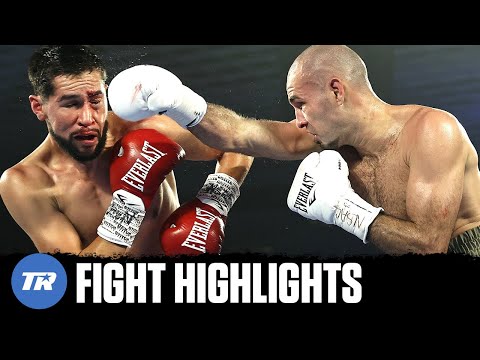 Pedraza, who switched from orthodox to southpaw, hurt Molina in the seventh round and widened the gap as the bout reached its conclusion. He has won two bouts since dropping a decision to Jose Zepeda last September in his junior welterweight debut.

Pedraza said, “They do name me the ‘Sniper,’ and that means I have to be patient, and when my moment comes, I have to take advantage of it. That’s what I did tonight because I was able to wear him down, break him down and make him fight my fight. It was the experience that I’ve had at the top level that helped me finally put it together. I’ve had the experience, I’ve had the talent, and it’s just on a night like this that I’m happy I could put it all together.

“I do believe I’m ready for a world title opportunity. Whoever it happens to be between Josh Taylor and Jose Ramirez, I want the winner of that fight. If for some reason I can’t get a world title shot against them, I do want to respectfully ask Jose Zepeda for the rematch.”

Ajagba hurt his right hand in the fight, only the second time he’s gone the distance in his career.

Lightweight: Bryan Lua (6-0, 3 KOs) KO 2 Luis Norambuena (4-7-1). Lua had not fought in more than two years and made up for lost time, knocking out Norambuena with a left hook late in the second round.

Welterweight: Jahi Tucker (1-0, 1 KO) TKO 1 Deandre Anderson (1-2). Tucker needed only 2:56 to prevail in his pro debut, stopping Anderson on his feet following a flurry of punches. Anderson, also a pro MMA fighter, was coming off a split decision win against a previously unbeaten fighter.