The great, the beloved Joe Louis deserved so much better. Not only was Louis arguably the greatest heavyweight in boxing history – and how passionately do Joe’s supporters make the argument – he also gave so much to his country.

During the lead-up to America’s entrance into WWII, the reigning heavyweight king handed over the entire purse from a number of his fights.

Then, when unable to fight for real, Louis boxed exhibition bouts, his time and the good money these bouts generated also being selflessly handed over to the government.

But years later, when Joe had retired, he felt for good, the seemingly unconscionable IRS demanded the ex-champ (who never lost his crown in the ring, instead of logging up a never to be beaten 25 title defenses record, Joe going out on his own terms after a KO win over the tricky Jersey Joe Walcott, or so he hoped) pay the back taxes the exhibition bouts had somehow merited.

Disgracefully, an aging Louis was forced back into the ring so he could earn the large sums of money needed to clear the debts he never should have had in the first place.

Louis was no longer the great “Brown Bomber,” yet it took the lethal fists of a rampaging Rocky Marciano to knock him out. It was a sad ending to an otherwise glorious ring career. Only Max Schmeling managed to defeat a prime Louis, this in a tremendous upset, the non-title fight being brutally avenged soon after Joe became world champion.

In his retirement years – the permanent ones, not the not quite a couple of years Joe was able to enjoy when hanging up the gloves in March of 1949, this after 12 long years as the heavyweight king – Louis didn’t have a great time of things the way he should have.

Reduced to being a “greeter” in Las Vegas where it has been written, Joe shook the hands of high-roller types who were gambling away the kind of big money Louis himself once earned and should have still had safe in the bank, Joe at least kept himself busy.

Some reports say that, contrary to what has been put out there, Joe actually enjoyed his Stetson hat-wearing role. Whatever the case, the greatest to ever do it was a constant figure at the big fights in Sin City.

Joe, his health sadly declining; mental as well as physical was sat at ringside at the fight that took place 40 years ago today – between current heavyweight champion Larry Holmes and 50-1 outsider Trevor Berbick.

Holmes, who would go on to enjoy a reign almost as long and crammed with world title fights as Louis,’ had a tougher time than was expected with the rough and tumble Berbick.

Who knows what Joe thought as Berbick dropped his hands, taunted Larry, and ate the champ’s best shots as he took him all 15 rounds. This, though, was the last time anyone wishing to give Louis a heartfelt message of gratitude and appreciation had the chance to do so. Sadly, at age 66, Louis died of a heart attack the following day. 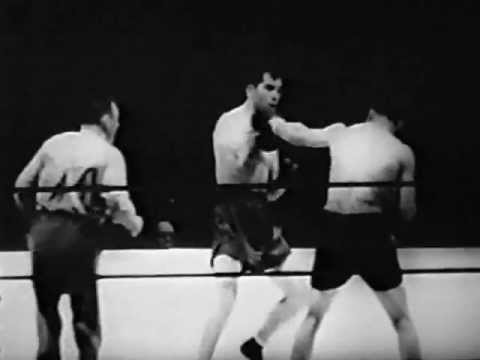 It wasn’t supposed to be this way. Joe, a genuine hero to millions, should have lived into advanced old age, kept warm and safe with the millions of dollars he earned the hard way. Joe Louis was every inch a champ. It hurts to see the kind of easy big money certain star fighters of today “earn” from the kind of exhibition bouts Louis once engaged in for free. In fact, no – those wartime bouts actually cost Joe a whole lot.