Adam Smith of Sky Sports says unbeaten heavyweight contender Joe Joyce is the “perfect” opponent for Anthony Joshua to fight next in an interim match while he waits for Oleksandr Usyk to return from the Russia-Ukraine war.

Smith says he would like to see Deontay Wilder face Joshua next, but he recognizes that’s “unrealistic” right now. A more sensible option for Joshua would be the #2 WBO, #3 WBC ranked Joyce, who is one of the best heavyweights in the world.

Matchroom Boxing promoter Eddie Hearn would prefer that Joshua fight someone in a stay-busy type of match-up so that he doesn’t jeopardize the lucrative rematch with IBF/WBA/WBO heavyweight champion Usyk (19-0, 13 KOs), but AJ wants to fight one of the best.

Choosing ‘The Juggernaut’ Joyce will put Joshua at risk of suffering another knockout loss because he punches hard, and has an excellent engine.

Although Joshua would have a big advantage in hand speed and mobility, he could find himself in a war that he’s not equipped to win. Joyce would push a pace that AJ’s limited cardiovascular system isn’t able to maintain.

“I believe AJ will be a Sky fighter for the rest of his career,” said Adam Smith to iFL TV of Sky Sports about his belief Anthony Joshua will complete his career with his platform.

“Who is he going to fight and what’s going to happen because obviously, Oleksandr has far more important things to concentrate on with the terrible situation in his homeland, and we’re thinking about him and Vasyl [Lomachenko], Vitali [Klitschko], Wladimir and all of them on the frontline.

“That’s obviously the last thing they’re thinking about is boxing at the moment. So maybe AJ will have to take some kind of interim fight. If he does, we’d like to get right behind that. I’d like to go back to Spurs [in North London] again. I thought that was fantastic. It’s an incredible stadium [Tottenham Hotspurs].

“Who would it be? Let’s put it out there. Deontay Wilder, what a great fight that would be,” said Smith in perking up interest about a fight between Joshua and former WBC heavyweight champion Wilder. “You’re shaking your head. I’m sure that’s unrealistic, but the likes of Luis Ortiz have been mentioned and Otto Wallin has been mentioned.

“If he wants a southpaw in preparation for Usyk, that’s the way to go”, said about ideal options for Joshua. “If he doesn’t, Joe Joyce is the perfect name. We’ve got the Tyson Fury – Dillian Whyte all British affair. Why don’t we do AJ vs. Joe Joyce? I think that would be great.

“If not, one of those other names or Luis Ortiz, I think. But I’d like to see AJ keep busy. Oleksandr has far too many important things in his life at the moment to be thinking about boxing at the moment,” said Smith about Usyk.

It would be better for Joshua to choose 42-year-old Luis Ortiz, Andy Ruiz Jr., or Frank Sanchez rather than mix it with Joyce or the equally tough Otto Wallin.

AJ needs to be active

“We wish him well and if they can work it out legally,” said Adam. “Obviously, he [Joshua] invoked the rematch clause. Legally, I think everything will be fine. Anthony can carry on. He needs to be active, I think that’s important.

“He’s with Angel Fernandez now full time, so he wants to knit that in. Yeah, I’d like to see him back in the ring. Eddie [Hearn] was saying May or June. I think Eddie already said that he expects him to be on Sky, and I’m glad we’ll be working together again,” said Smith.

It is important that Joshua stay active with his career, but he needs to be smart about the opponents that he chooses to fight. If Joshua can no longer be counted on to beat contenders like Joyce, Andy Ruiz, or some of the other guys, he needs to either retire or dodge them. 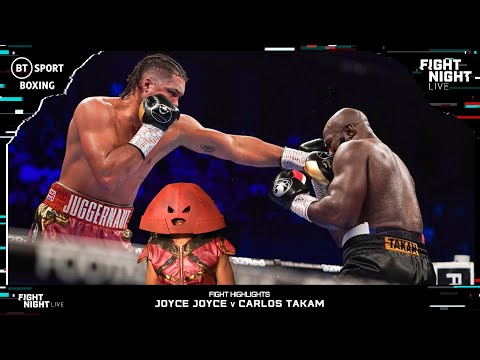