Last May, Jermell defeated WBO 154-lb champion Brian Castano by a tenth round knockout victory in their rematch in Carson, California.

Charlo took advantage of Castano’s decision to try and slug with him, which he was ill-equipped to do. In their previous fight a year earlier, the two fought to a disappointing 12 round draw in San Antonio, Texas.

Jermell is currently in a holding pattern, waiting for a title defense against his WBO mandatory challenger Tim Tszyu (21-0, 15 KOs), which is expected to go down next January.

@TwinCharlo enjoy the fruits of your labor. You earned it! #P4P https://t.co/bfUFgxHa00

Until then, Jermell can rest up before he begins his training camp for what could prove to be a difficult fight.

It will not be easy for Charlo to hold onto his four belts, given all the tough fighters that are gunning for them. Besides the young 27-year-old Tszyu, Jermell has these contenders that will be looking to take his straps soon:

Of that list, Crawford figures to give Jermell the most problems, but the way he’s talking, he’s going to make the Omaha, Nebraska, wait a long, long time before he gets his title shot.

It’s safe to say that the only way Crawford gets the opportunity to challenge Jermell for his four titles is if one of the sanctioning bodies orders the fight.

For Crawford’s sake, he needs to make the move up to 154 soon because he can’t afford to be put on hold for two years, waiting for the WBO to order Charlo to fight him.

Jermell has made his brother Jermall Charlo look bad with his ambitious career moves. While Jermell has taken risks, rounding up the belts at 154 to add to his collection, Jermall has been playing it safe, making easy title defenses against lesser opposition.

There’s a huge difference between the kinds of risks that Jermell has been willing to take compared to his twin brother Jermall. It would be interesting if Jermall suddenly woke up and started trying to collect all the titles at 160. 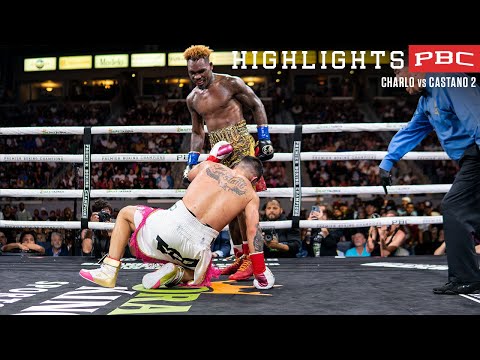