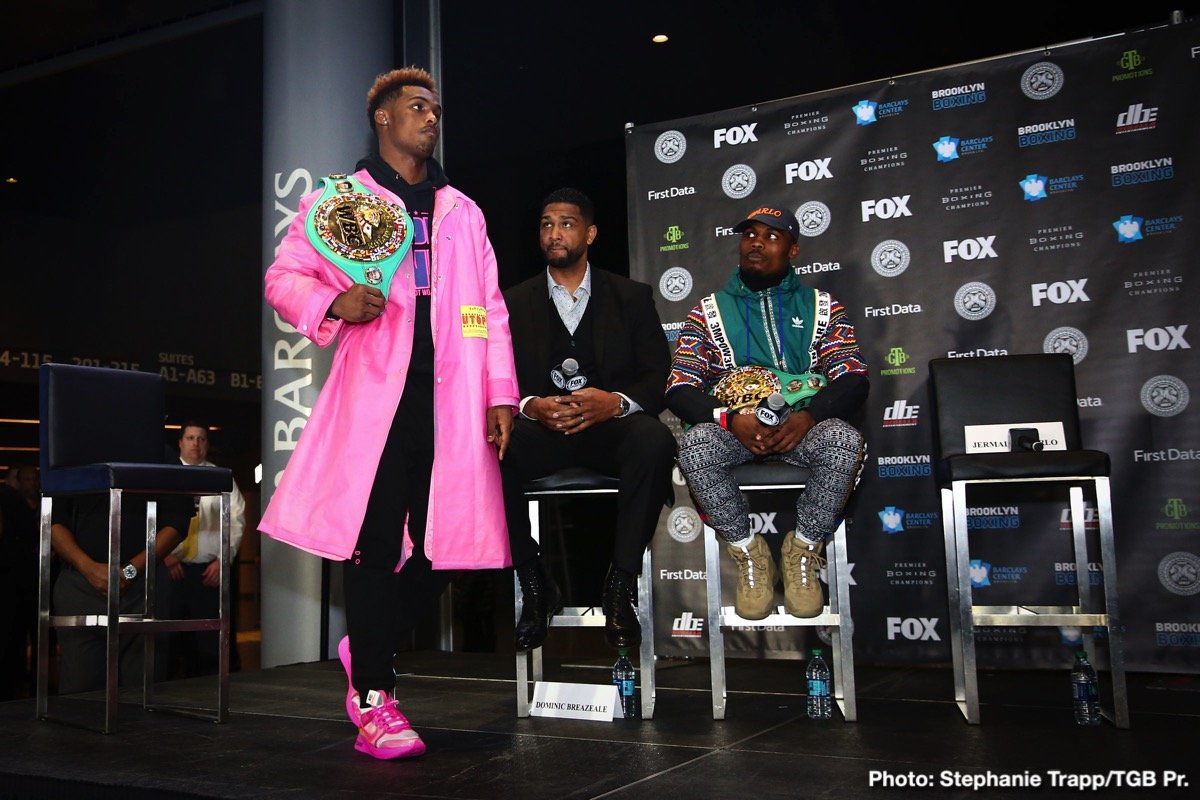 Jermall Charlo (28-0, 21 KOs) is said to be defending his interim WBC middleweight title against Brandon Adams (21-2, 13 KOs) this summer on July 8 or July 15, but this is not a fight that the fans have a lot of interest in seeing. Adams, 29, is more of a Willie Monroe Jr. level opponent, and that’s a guy that Charlo was scheduled to fight last December. But the fight fell through after Monroe pulled out of the fight.

The fighter that the boxing fans want to see Charlo fight right now is Matt Korobov (28-2, 14 KOs), who he beat by a controversial 12 round unanimous decision on December 22 at the Barclays Center in Brooklyn, New York. The 2008 Russian Olympian Korobov was brought in to fight Charlo on a week’s notice, and he not only performed in an exceptional manner, he appeared to get the better of Jermall and beat him in the eyes of a lot of boxing fans. The judges didn’t see it the way the fans did, however, as they scored it for Charlo by the following scores: 116-112, 119-108 and 116-112. None the less, Charlo’s sense of invincibility has taken a hit with boxing fans, who felt that he was given a gift decision over Korobov based on his popularity and him being viewed as a guy on the upward path i his career.

Picking out Brandon Adams as the opponent for Jermall makes sense in terms of him being a guy that will allow him to look good against in a showcase fight. For the hardcore boxing fans, they’ll no doubt remember Adams from his fights in ESPN’s Boxcino tournament years ago when he was knocked out by John Thompson in the second round, and beaten soundly by Willie Monroe Jr. Recently, Adams beat Shane Mosley Jr (13-3, 8 KOs) by a one-sided 10 round unanimous decision last November at The Forum in Inglewood, California. Mosley Jr. isn’t a top tier middleweight though, so it’s irrelevant that Adams was able to beat him in the 5th season of “The Contender” on EPIX. Just how many boxing fans actually saw that fight? Perhaps very, very few. The best thing that Adams has going for him is he’s ranked at #3 with the World Boxing Association. That’ll at least validate him in the eyes of some fans if the broadcaster stress this point when they’re discussing the fight.

With Charlo’s interim WBC middleweight title, he’s in position to get a title shot against World Boxing Council 160 lb champion Saul Canelo Alvarez. The WBC will need to order that fight, but it’s unclear when they will make that move. Even if the WBC does decide to order Canelo and Jermall to fight, it’s debatable whether the fight will take place. Canelo fights for DAZN, whereas Charlo is with PBC on Showtime. Canelo might vacate the WBC belt, and let Charlo grab it without getting the fight against him. Charlo needs to beat Canelo to increase his popularity, especially him looking so bad against Korobov, and then not choosing to fight him in a rematch to clear up the controversy. If Canelo vacates the WBC belt, Charlo won’t get the chance to fight him, and then he’ll be stuck facing whoever the WBC has ranked in their top 15 that are willing to fight him. The top contenders want to fight Canelo and Gennady Golovkin, not Charlo right now unfortunately. It takes time to become popular, and you can’t controversial wins like we saw with Charlo in his victory over Korobov.

Billy Joe Saunders: This is life and death for me
Follow @eastsideboxing