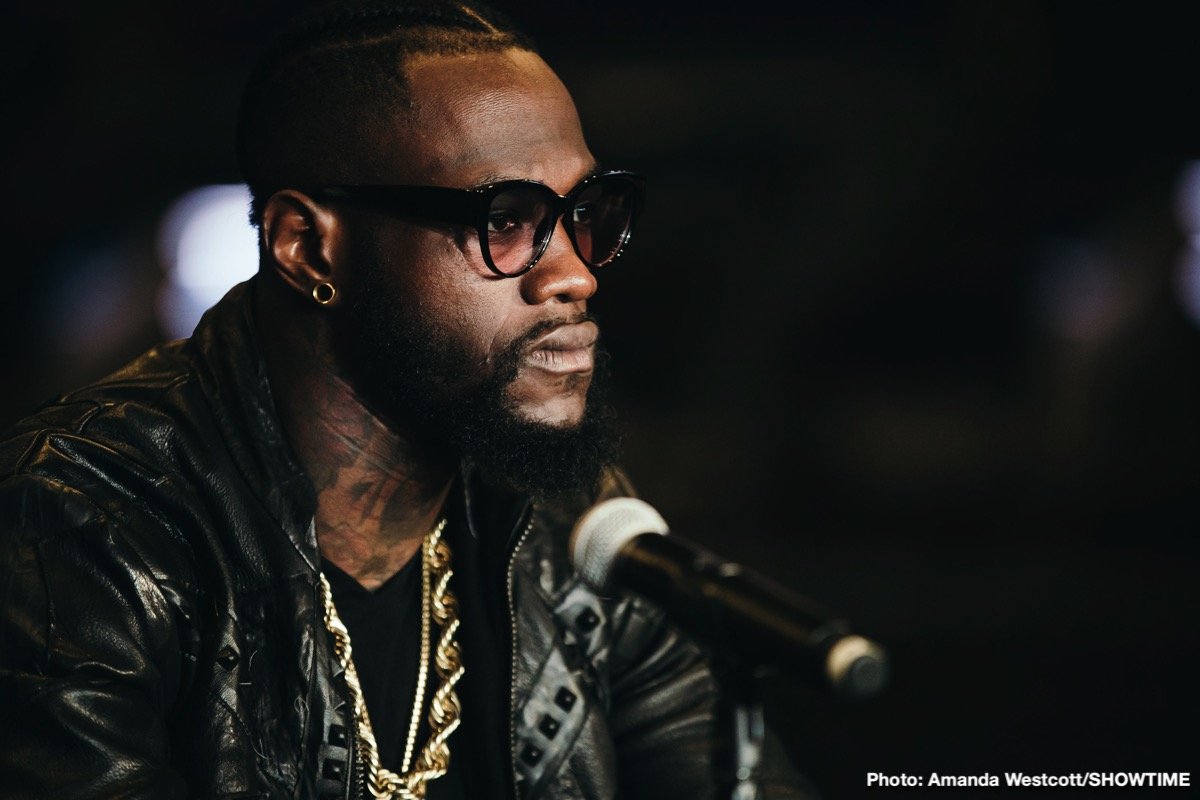 WBC heavyweight champion Deontay Wilder insists his rival Tyson Fury is running the risk of losing the American fight fans he gained with his heroic up-from-the-floor draw of a fight with himself back in December – that is, if Fury has not lost them already. Speaking with The Mirror, Wilder again stated that Fury “ran” from a return fight him and that U.S fans will not forgive Fury for doing so and then picking a fight with the little known Tom Schwarz instead.

Wilder went further, saying that it will now be up to him to give Fury a rematch, and that ESPN will be “s******g bricks” over the possibility no big rematch between their new investment and Wilder actually takes place.

“That is one thing Americans don’t like is you say you want to fight nothing but the best then, when it’s a controversial fight, you get the rematch and you run,” Wilder said. “Tyson Fury doesn’t have an exciting style, he can easily stink out a place with his style. People don’t want to see that in America. They don’t want to see you just boxing and being boring. They want to see excitement with the big boys, they want to see knockouts. Him dodging me and not taking that rematch is going to mess up his profile in America. If I don’t give Tyson Fury the rematch ever again in his life that will be his problem. ESPN is going to be s******g bricks, and so will he. Everything he gained in our fight he lost. I hope he is aware of that.”

It cannot be denied how Fury agreeing to face Schwarz in his very next fight after that December 1st classic at The Staples Centre was and is one big disappointment, not to mention a step back for the lineal champ – whoever was/is to blame for Wilder/Fury II not happening next. Also undeniable is the fact that Wilder has a better foe for his next fight, his WBC mandatory, Dominic Breazeale. It will be interesting to see how fans react to the May 18 fight (Wilder/Breazeale) and the June 15h fight (Fury/Schwarz). Which fight will get the bigger live audience and which fight will do the best numbers on TV?

Fury has picked a big venue for the viewed mismatch against the unbeaten but untested German: The Thomas and Mack in Vegas. How many fans will be in attendance that night? Fury can perhaps get away with one “safe” fight as he boxes his multi-fight deal on ESPN, but not two; certainly not three. That Wilder return has to happen. Fury is a fighter who, it could certainly be argued, gives an excitement-filled fight only when the man in the opposite corner makes it exciting (Fury/Wilder and Fury/Steve Cunningham being the two clear and obvious picks for Fury’s most thrilling fights).

Can Fury keep his U.S fan-base without the assistance of Wilder?