WBC middleweight champion Jermall Charlo (31-0, 22 KOs) had a close call on Friday in weighing in at 160.4 lbs in his first attempt on the scales for his title defense against Juan Macias Montiel this Saturday night.

Fans don’t think too much of this fight, as they feel it’s a mismatch in Charlo’s favor. The fans want to see Charlo facing guys they’ve heard of and who have a chance of winning.

Charlo seems to have other ideas, opting to milk his WBC title against obscure fighters like Brandon Adams and Dennis Hogan.

Towards that end, the boxing public note that Montiel was knocked out in two rounds by Jaime Munguia in 2017, and he also has losses to journeyman Jhony Fredy Navarrete Montano (34-17-2, 15 KOs), Alejandro Barrera (27-6, 17 KOs) and Rodrigo Escalante (5-3-1, 4 KOs). It’s bad enough that Munguia destroyed Montiel.

Charlo’s weight issues highlight the fact that he’s a huge fighter for the middleweight division, and it’s high time that he move up to 168 to face the opposition of his own size.

Melting down to fight guys smaller than Charlo is a double-edged sword. While he’s still able to make the 160lb limit somehow, but he’s short-changing himself because he has no one to fight in the division.

He doesn’t want to fight Demetrius ‘Boo Boo’ Andrade, and he’s wasting his time trying to get IBF champion Gennadiy Golovkin to face him. It’s believed that Golovkin will take soft opposition until he gets his cash out against Canelo Alvarez and then likely retires.

Charlo has been a massive disappointment since moving up to the middleweight division in 2017. He’s shown zero desire to face any of the talented fighters when called out, and it looks like he’s milking his WBC middleweight title exclusively against weak no-name opposition.

Since being elevated to WBC 160-lb champion outside of the ring in 2019 by the World Boxing Council, Charlo has defended his title three times, beating these guys: Sergiy Derevyanchenko, Brandon Adams, and Dennis Hogan. Montiel fits in with Hogan and Adams quite nicely as far as him being a guy that is viewed as having no chance of winning.

Many boxing fans wish that Jermall was more like his risk-taking twin brother Jermell Charlo, a fighter collecting titles at 154.

Jermall had a chance to move up to 168 to take on David Benavidez recently, but he chose not to accept it. Additionally, Jermall’s unwillingness to go up to 168 to face Canelo Alvarez is another thing that makes fans think he’s afraid to take risks. 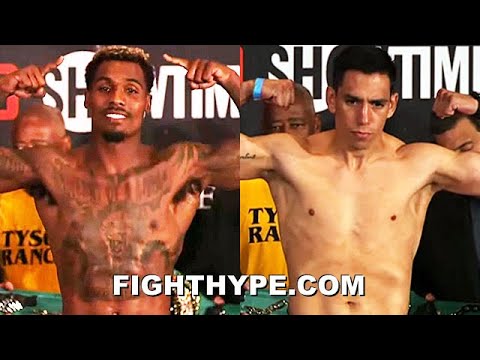