IBF/WBA bantamweight champion Naoya ‘Monster’ Inoue (20-0, 17 KOs) came in at the limit at 118 lbs for his title defense against #1 IBF Michael Dasmarinas (30-2-1, 20 KOs) on Friday at their weigh-in for Saturday’s headliner on ESPN at the Virgil Hotels Las Vegas.

Dasmarinas weighed 117.4 lbs. Both guys looked in great shape for this battle, which may not last long. With the way, Inoue, 28, has been looking since moving up to 118 in 2018, Dasmarinas will be fortunate if he makes it to the halfway point in the fight.

Inoue’s last opponent Jason Moloney survived until the 7th round before he was knocked out by a scorching highlight-reel shot from the ‘Monster’ Naoya.

You can argue that the only reason Moloney made it that far into the fight was that Inoue looked a little depleted from the 12 round war that he had with former four-division world champion Nonito Donaire in his previous fight in November 2019.

Inoue suffered injuries to the face in that fight, and he was also shaken up badly from a heavy hand that Donaire caught him with in the seventh round.

It was fortunate that Inoue escaped that fight without getting knocked out because Donaire just narrowly missed taking his head off with a huge left hook moments after staggering him.

If Inoue is successful on Saturday in beating Dasmarinas, his next move will be to take on Donaire for his WBC bantamweight title. Inoue wants to unify the 118-lb division, and he needs Donaire’s WBC strap to help him accomplish his goal. Inoue also need to beat WBO champion John Riel Casimero.

This is Dogboe’s second fight since losing consecutive bouts against Emanuel Navarrete.

There’s an excellent chance that Dogboe vs. Lopez could steal the show on Saturday night because this fight is expected to be competitive. The main event between Inoue and Dasmarinas is a good, but Naoya is likely to steamroll over his opponent. 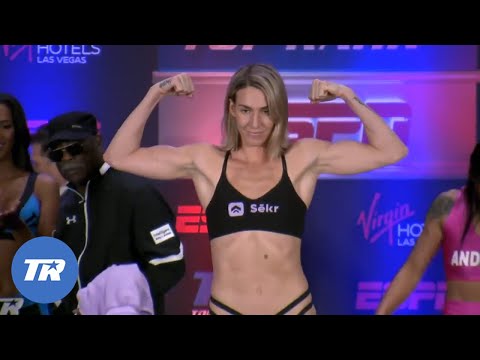 Other weights on Saturday’s card: