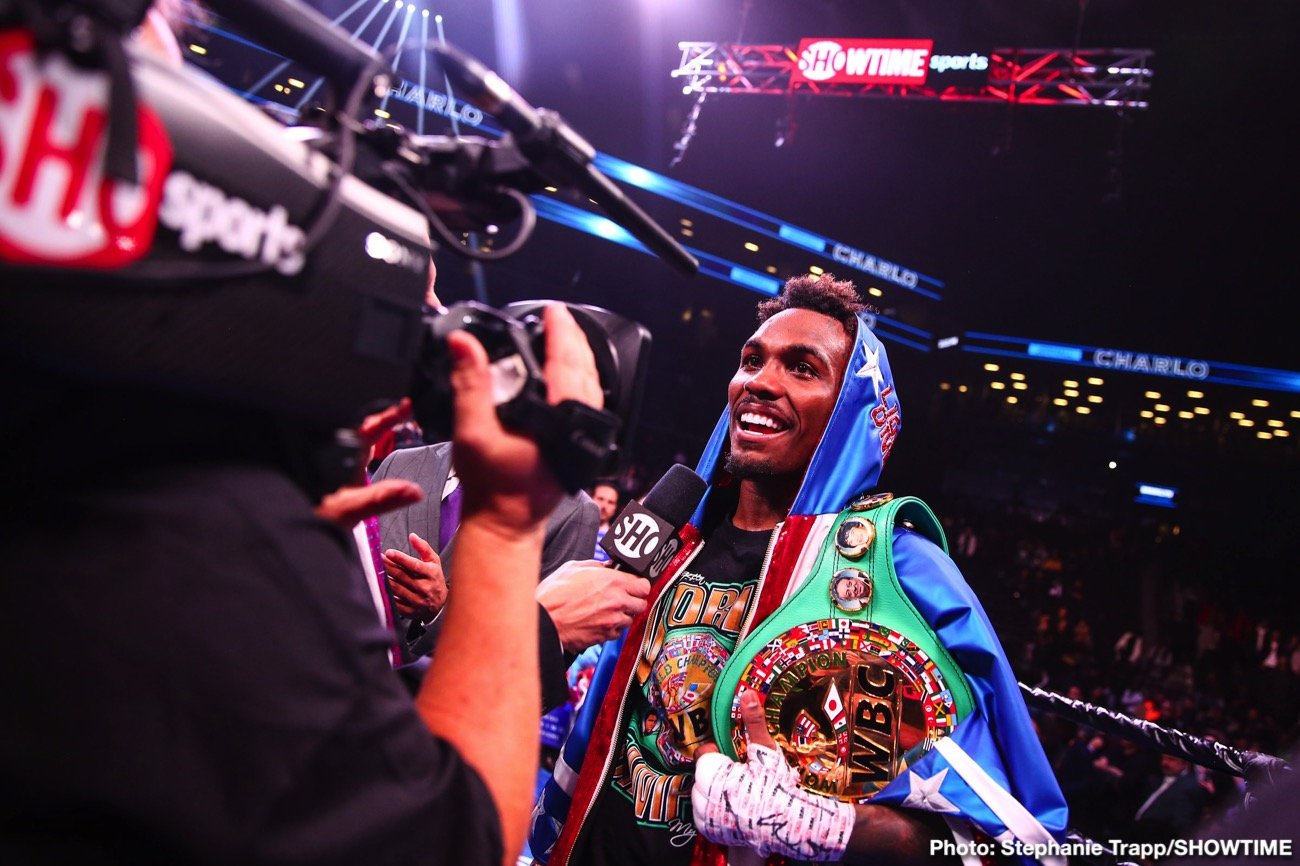 WBC middleweight champion Jermall Charlo sounded like a politician on Thursday, dancing around questions about whether he’d be interested in fighting David Benavidez at 168 this year.

Canelo Alvarez wanted Charlo to face Benavidez and that he would face the winner. Although Benavidez says he wants the fight, it’s believed Jermall or perhaps his management doesn’t want that fight.

According to Jermall, he’s not the one that picks his opponents, saying that his management does, and he fights whoever they select.

Jermall (32-0, 22 KOs) is a holding pattern, seemingly waiting for a big-money fight against Canelo next year, but that match-up may not happen due to the Mexican star’s loss to Dmitry Bivol last Saturday night.

If Canelo goes ahead with his idea of facing Bivol (20-0, 11 KOs) in a rematch, we may never see him face Charlo next year.

Jermall is taking yet another tune-up fight in defending his WBC title against Maciej Sulecki (30-2, 11 KOs) on June 18th on Showtime at the Toyota Center in Houston, Texas.

“He’s no slouch; Sulecki is coming to fight. I’m the world champion, and he’s fighting for a belt,” said Jermall.

Sulecki has lost two out of his last six fights, which would suggest that he’s not exactly a prime-level contender.

“His daddy touched my arm, and I was about to smack the f*** out of him,” said Jermall when asked how the near brawl with David Benavidez almost occurred during the Errol Spence Jr vs. Yordenis Ugas fight on April 16th. “He [Benavidez] didn’t want to fight.

“He said I’m hiding behind security. I don’t have any security.

“I haven’t heard my name mentioned,” said Jermall about Canelo Alvarez. “Canelo probably wants to get his lick back. I don’t know. It’s a waiting game. It is,” said Charlo when asked if it’s a good idea for Canelo to fight Dmitry Bivol in a rematch.

“I’ve got to follow my lead. Tom Brown, Al Haymon, PBC, everybody doing good. It’s just part of boxing,” said Jermall when asked if he won’t be fighting David Benavidez and Caleb Plant.

“If they make me go back down to 154, I might have to make it happen. I don’t want to do it, but I’m going to make it happen. It don’t matter, as long as it’s the right decision that my team wants,” said Charlo when asked if he’d be open to fighting Benavidez or Plant this year.

“I never pick any of my fights, my team does. When they tell me to fight somebody, I never say no. I’m living good. I’m down,” said Charlo when asked if he’d like to fight Gennadiy Golovkin. “If Canelo don’t want to fight GGG, I’m going to go and fight him.

“Put him in front of me; I’m going to fight them. I’m not in charge of any of that, but I do run the show,” said Jermall.