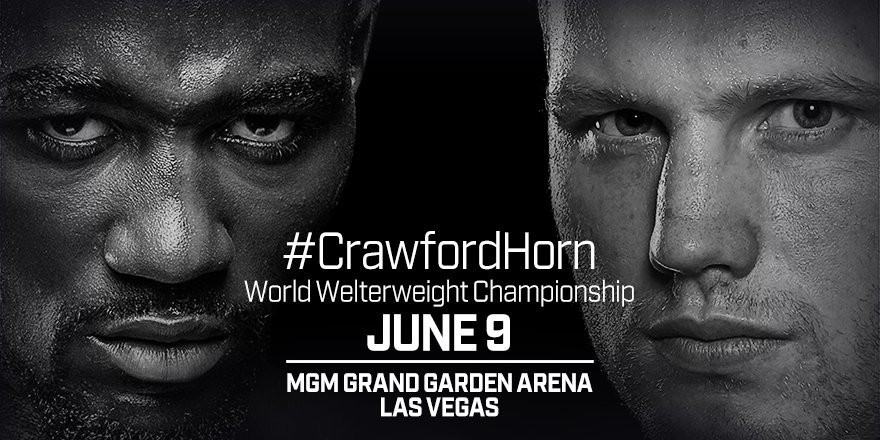 WBO welterweight champion Jeff Horn is out in Las Vegas putting the finishing touches on his training ahead of his big June 9 defence against slick pound-for-pound entrant Terence Crawford, and the unbeaten Australian warrior is aiming to silence his critics in the biggest way – by knocking out Crawford.

Horn is a pretty big outsider, with most fans feeling the skills and the all-round brilliance of former 135 and 140 pound champ Crawford will prove too much for him. However, Horn and his trainer Glenn Rushton have worked very hard and have a “12-point plan” with which to defeat Crawford. Rushton says, in speaking with The Sunday Mail, that former American stars have “fallen apart when the pressure’s on” and that “bully” Crawford may well do the same.

“All week I will be telling Jeff he has to go for the jugular,” Rushton said. “I believe that when Jeff starts to land the heavy shots, Terence Crawford will crumble. He will fall and lose for the first time as a professional. We’ve seen these big talking Americans fall apart when the pressure’s on. Zab Judah was another slick trash-talking American who couldn’t handle the Aussie power when Kostya Tszyu put one on his chin. The best way to beat a bully is to bully him back, and Crawford will be facing a Jeff Horn who is a 20 percent better fighter than the one who beat Manny Pacquiao.”

Of course it’s all very well planning to bully and back up a rival in an aggressive physical fight, but what if Horn cannot land anything clean on Crawford? Crawford has beaten some fine fighters – albeit smaller men than Horn – and it was his superb defensive prowess as much as anything that allowed Crawford to dominate the way he did. Next Saturday’s fight is an intriguing one, largely because Crawford will be making his welterweight debut; but did he pick the wrong fighter in Horn?

Crawford remains the favourite, the pick to win, but in no way is this fight the formality a good number of fans seem to think it is. Pressure and physical strength Vs. speed, accuracy and a slippery defence: which wins?