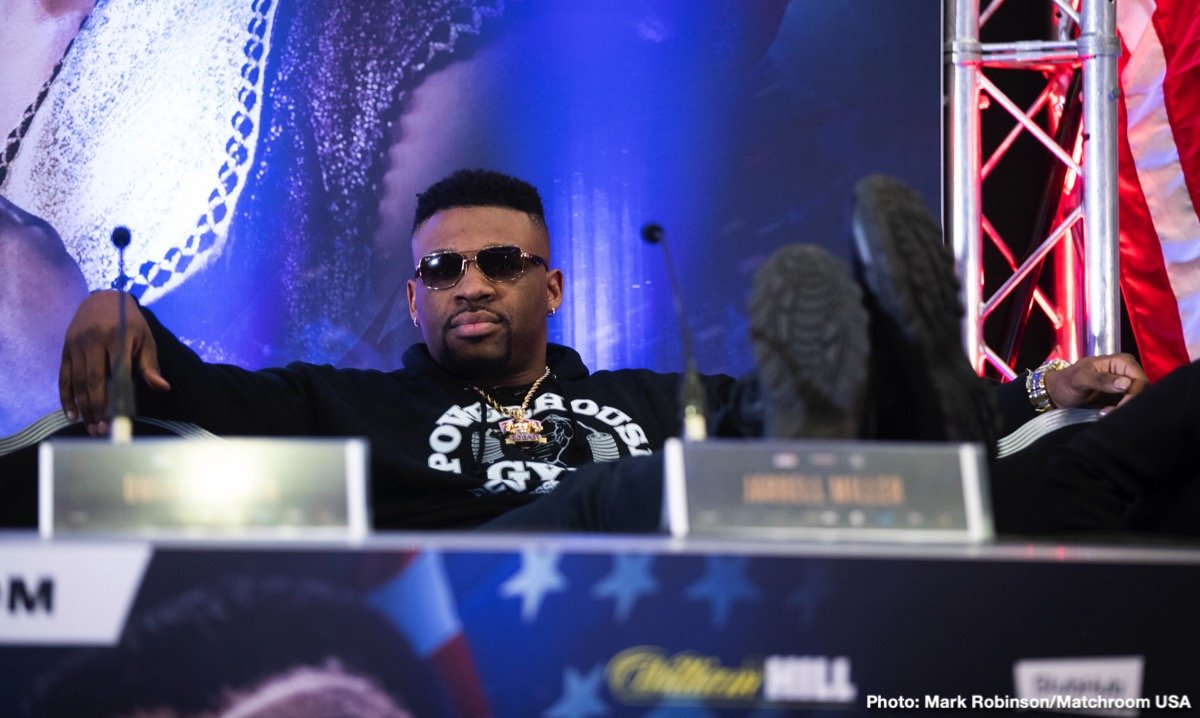 Top Rank are reportedly in negotiations to sign unbeaten heavyweight Jarrell ‘Big Baby’ Miller (23-0-1, 20 KOs) to a multi-fight deal, according to Mike Coppinger. Top Rank inking the 300+ pound Miller would give them another chess piece to match against lineal heavyweight champion Tyson Fury, who they’re trying to turn into a star.

Miller lacks the speed and mobility

This is a quick bounce back for Miller after his positive test results from a recent failed drug test. Miller will be eligible to fight soon.

Top Rank might not be able to do much with Miller beyond matching him against Fury. With Miller testing positive recently for banned drugs, he’s not going to be given a quick world title shot within three fights. None of the world champions are likely going to give Miller a voluntary title shot.

If Top Rank is fine slowly having Miller work his way to a mandatory position, then they’ll be fine. But it’s more likely they’re going to push hard to get Miller a fast title shot, and that’s probably not going to workout well for them. If Fury beats Miller, then it’s pointless to even think about trying to get him a title shot.

Miller, 31, recently messed out on a huge payday against former IBF/WBA/WBO heavyweight champion Anthony Joshua for June 1 at Madison Square Garden in New York. Big Baby Miller was signed for the fight, but was popped for the following banned substances/drugs: GW501516, HGH and EPP. Subsequently, the New York State Athletic Commission failed to deny the 6’4″ Miller his boxing license to fight in the State of New York. Given he was supposed to fight Joshua in New York at MSG, he was pulled from the card and replaced by Andy Ruiz Jr.

Miller is a good heavyweight, but it’s difficult to know his true talent, because he’s mostly been matched against lower level opposition. His best wins have come against these fighters:

Those are not top level fighters. Adamek, Washington, Wach and Duhaupas have all fought for world titles during their careers. That was a long time ago, and they all lost.