Jaron ‘Boots’ Ennis will be taking over the #1 spot as IBF welterweight champion Errol Spence Jr’s number one contender for his belt after the previous #1 guy Kudratillo Abdukakhorov lost last Saturday night to Cody Crowley.

Ennis (28-0, 26 KOs) says he’s not sure if Spence (27-0, 21 KOs) will face him or vacate his IBF title to avoid the fight. But if he does agree to fight him, Boots Ennis believes he’ll knockout Spence to unseat him as the IBF champion.

Ennis, 24, has the same attitude about Spence as he does WBO welterweight champion Terence ‘Bud’ Crawford, who he views as being just as beatable if not more.

Spence hasn’t fought in a year since his 12 round unanimous decision victory over Danny Garcia in December 2020. That was Spence’s first fight since his car crash in October 2019, and he didn’t look especially sharp despite winning a conclusive decision.

Spence was supposed to have returned to the ring last August to defend against Manny Pacquiao, but an eye injury sustained in training foiled that fight.

If Ennis had made his bold predictions about Spence two years ago when Errol was still at the top of his game and fighting regularly, no one would have taken him seriously, but a lot has changed for him.

“I was actually trying to get the #1 guy. I don’t know what happened, but that was the guy I was trying to fight,” said Jaron Ennis to YSM Sports Media about #1 IBF contender Kudratillo Abdukakhorov, who was beaten last Saturday night by Cowdy Crowley by a 10 round unanimous decision in Carson, California. 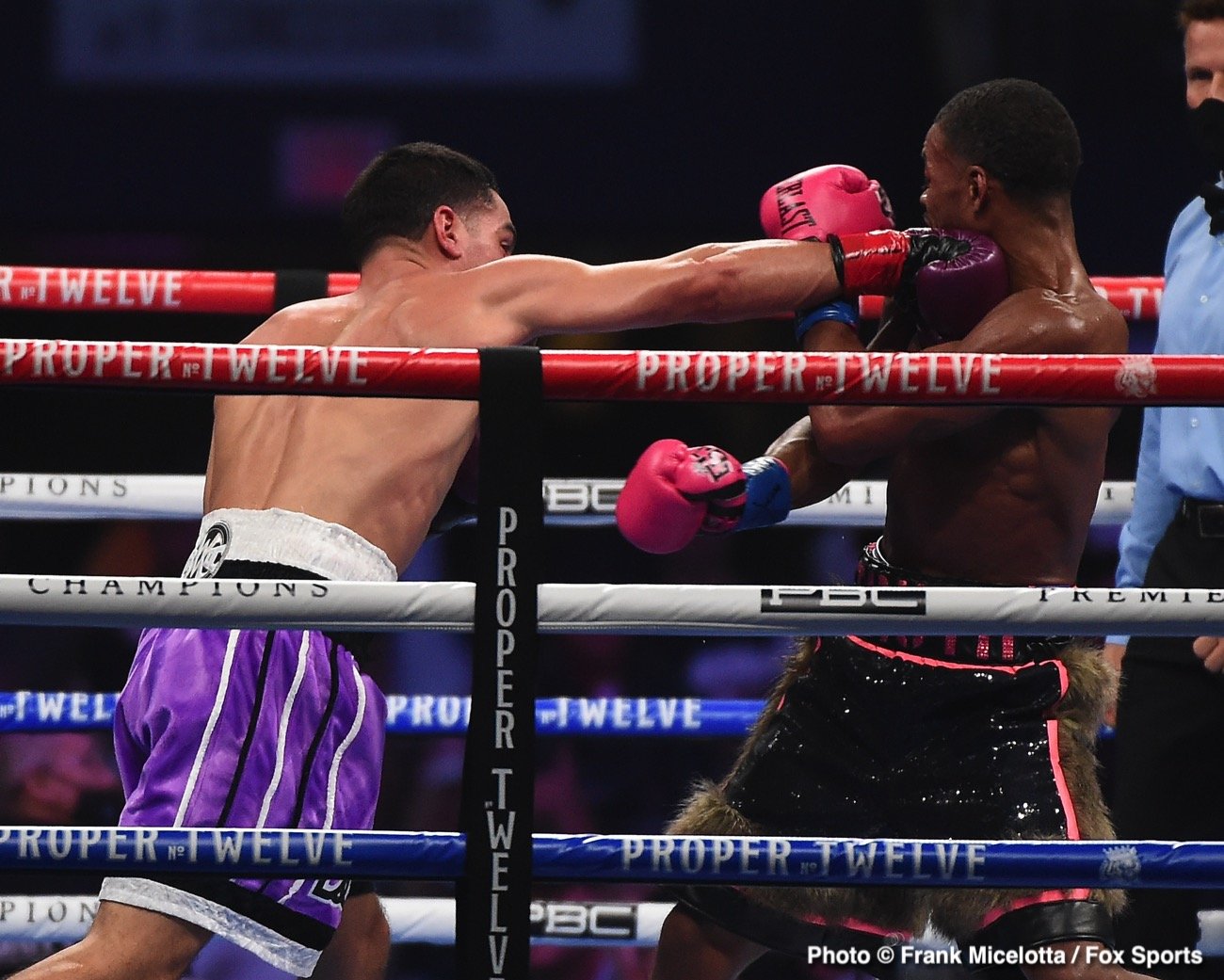 “He lost and they’re going to make me #1 [with the IBF] or I got to fight for the #1 spot or something like that. I don’t know. It don’t matter,” said Boots Ennis.

“I feel like everything is falling in place. We’re almost there.,” said Ennis. “It don’t matter which route we go, but I’m the highest in the IBF, so that’s the route we’re going to go.

“Whatever presents itself first, it don’t matter. Me doing what I’ve always been doing and taking it to a different level.

“Being smart and not looking for a knockout and letting things come to me and putting on a beautiful show and finish the night with a knockout,” said Boots Ennis when asked how a fight between him and IBF welterweight champion Errol Spence Jr. will go.

“Honestly, I’m not sure. I don’t think nothing because anything he can do, I can do better,” said Ennis on what Spence can do that would make it a difficult fight for him.

IBF title on the table for Boots

The IBF still hasn’t made Boots #1 yet at 147, but even when they, it’s he’s likely going to need to fight in a title eliminator for him to be made the mandatory.

If Boots Ennis is forced to fight a title eliminator for him to be made the IBF mandatory, it’ll be one of these highly ranked contenders:

“Yeah, I’m in the same spot they were a few years ago, and they know how it is. They know how it feels,” said Ennis about the welterweight champions Spence, Terence Crawford, and Yordenis Ugas.

“Nine times out of ten, they’re not going to want to fight me because they understand how hungry I am, and they know I want that belt. I’m coming and there’s nothing going to stop me.

“I’m not sure. That’s up to him and his team,” said Ennis when asked if he thinks Spence will fight him or vacate his IBF title if he’s ordered by the International Boxing Federation to defend against him next.

“We’re here, and willing to fight these guys Errol Spence, but that’s up to them. That’s what they do. They either fight me or vacate the [IBF] belt,” said Ennis.