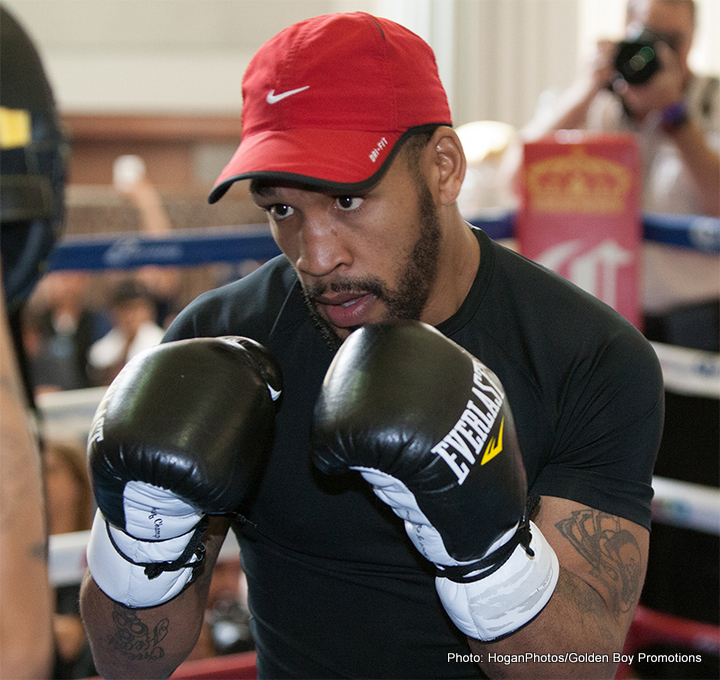 Once a “sure thing” for winning a world title, lethal yet vulnerable (around the chin) 154 pounder James Kirkland fell short of ruling the world – in quite spectacular car crash type fashion. Heavy KO losses, jail time and long ring layoffs appeared to have finished Kirkland, yet he has refused to go away quietly. Many fans felt the savage three-round hammering Kirkland suffered at the hands of Canelo Alvarez in 2015 would prove to be the end of him, and for a while it was.

But the hard-hitting southpaw launched another comeback this August, blasting out a low-level guy in a round (this being Colby Courter, who Kirkland took out on Aug. 24), and now fight-two in the return is set. Kirkland, now aged 35 and sporting an impressive looking 33-2(29) record, will box another six-round scheduled bout, on November 9, this time against Jas Phipps of New Orleans. Phipps, 10-7-2(5) and younger than the Texan at age 32, is a step up from Courter.

Who knows how far Kirkland’s comeback can go. His chin liable to let him down at any given time in any given fight if he doesn’t lower the boom himself, Kirkland will have his fans feeling nervous each time he steps into the ring. But maybe that’s half of the appeal: Kirkland provides don’t-blink entertainment when he fights. Kirkland should beat Phipps, a guy who has been halted three times, but nothing is certain.

Kirkland, though, is a guy to root for; despite all his bad decisions and mistakes. Never having had things easy, in the ring or in life, “The Mandingo Warrior” is in many ways the classic underdog. And plenty of fight fans love nothing more than to see the underdog triumph.

In his prime years, Kirkland thrilled us with big wins over the likes of Joel Julio, Alfredo Angulo (who is still fighting, so how about a rematch?) and Bryan Vera. If he still has half that ability, then maybe, just maybe, Kirkland can earn himself a notable win or two in 2020; and pick up some good money. Good luck to him.