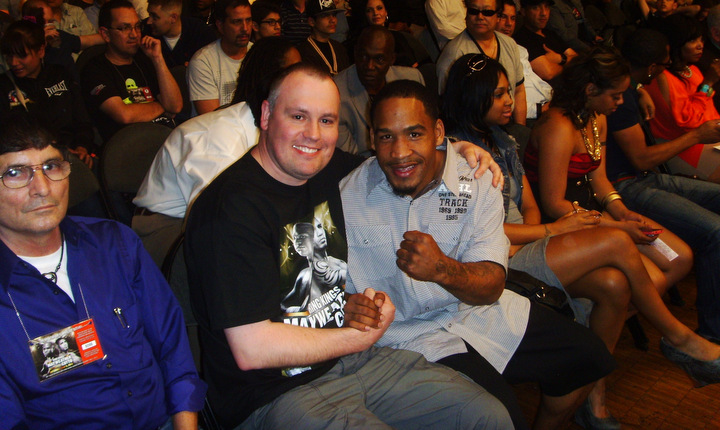 “He fights an opponent like they stole something from him,”

No, the above quote was not given whilst the speaker – the late, great Jimmy Jacobs – was talking about James Kirkland, but the description of Mike Tyson’s savagely fierce fighting approach could well have been used when looking at the one-time light-middleweight contender. Kirkland may not have had the skills and the nuances of Tyson but he sure had the raw, naked and frightening aggression.

That was back in 2007/2009, when the Texan southpaw was terrorising good fighters like Bryan Vera and Joel Julio. These days, despite still being offered (reportedly, anyway) big fights with the likes of Miguel Cotto, Kirkland, AKA “The Mandingo Warrior,” compares with Tyson in another way: he cannot stay out of trouble and give his skills the respect and constant attention they deserve.

New reports say 32-year-old Kirkland, 32-2(28) – last seen in the ring being hammered by Canelo Alvarez in an exciting if one-sided fight last May – has been hauled in for non-payment of child support and is currently out on bail. Kirkland has fallen foul of the law on numerous occasions and today it really does seem a big ask to have him stay on the rails and fulfil any of his earlier potential.

Kirkland, always at his best – as in being behaved and at his best in terms of ring prowess – when working with trainer Ann Wolfe, may or may not fight again (with or without Wolfe) but even if he does release his rage in the ring once more, it’s doubtful Kirkland will ever be the same contender he once was. Boxing is littered with tales of what might have been; of squandered talent. Kirkland’s ongoing saga is more depressing than most.

Powerful, vicious, fast and angry (sound familiar?) Kirkland was a dead cert as far as being a world champion in the opinion of many seven or eight years ago. Today, this troubled young man – and a nice man as you will find if you get to spend any time around him – can barely keep himself out of jail. What a crying shame.