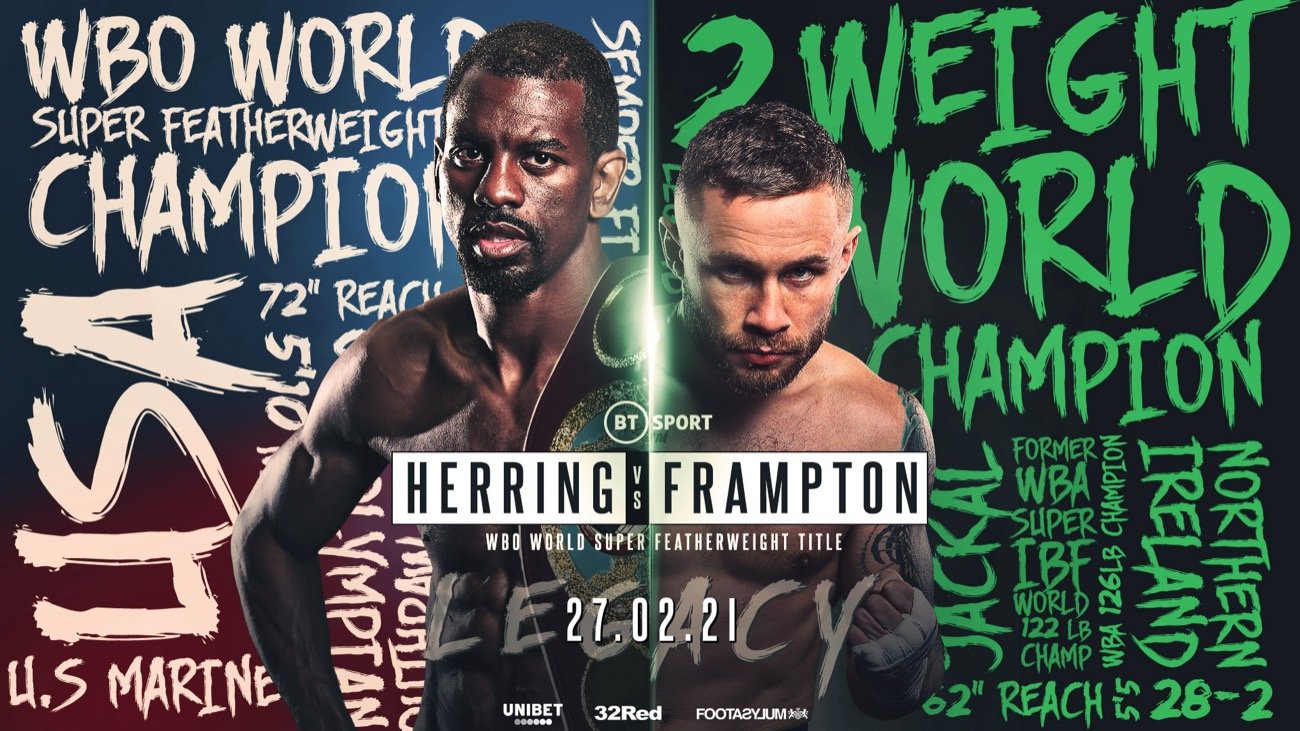 A fight fan could be forgiven for wondering, for asking – will the Jamel Herring Vs. Carl Frampton fight EVER happen? once again the intriguing super-featherweight dust-up has been postponed, this due to an injured hand on the part of Irish warrior Frampton. Top scribe Steve Kim broke the frustrating news. There is no word yet on how bad the hand injury is, but Frampton has suffered hand problems before – most infamously when a hotel pillar, yes a hotel pillar, fell on his hand and broke it, this back in 2019. Frampton then broke both of his hands in his decision victory over Tyler McCreary. Since that win, 33-year-old Frampton improved to 28-2(16) with a TKO win over Darren Traynor in August of last year.

WBO 130 pound champ Herring, 22-2(10) has not had much better luck as of late, the champion testing positive for the coronavirus twice. Herring fought just once in 2020, this in September when he got a DQ win over an overly aggressive Jonathan Oquendo. Herring is of course gutted over the Frampton fight again being derailed. The word is the fight may now go ahead on March 27 but nothing is official as of right now. It all depends on how long Frampton needs to properly heal up. Herring, meanwhile, has tweeted that he is staying in the gym and that he is “making the most of each day.”

When (or if) this fight finally takes place, it could prove to be a great battle. How much has Frampton got left? “The Jackal” has been talking about retirement as of late, suggesting he could take a massive swansong of a fight with unbeaten hot-shot Shakur Stevenson, who is willing to travel to Belfast for the fight. Frampton, though, might have one good fight and one good fight only left in him, what with all his hand injuries. Will Frampton’s hands actually hold up in the Herring fight? 35-year-old Herring might not have too long left in his own career. Age 35 is pretty advanced for a lower weight operator, especially one who relies heavily on his reflexes the way Herring does when he boxes.

Postponements are or course inevitable in boxing and they are nobody’s fault. still, it is ever so easy to fall into the trap of thinking the Carl Frampton Vs. Jamel Herring fight carries with it some kind of weird curse. Let’s hope, for the sake of both fighters, the new date of March 27 does come off, and it comes off without a glitch. If this fight gets postponed one more time, both warriors could be forgiven for saying the heck with it!