Cruiserweight prospect/YouTuber Jake Paul (4-0, 3 KOs) labored to an eight round split decision over Tyron Woodley (0-1) on Sunday night in their match in Cleveland, Ohio.

Fighting at the Rocket Mortgage Fieldhouse in front of a subdued crowd that had little to cheer about, Jake, 24, edged former UFC champion Woodley by the scores 77-75, 78-74 for Paul, and 77-75.

It was a fight was all Jake in the first three rounds, but then he faded and Woodley took over, appearing to win four out of the last five rounds.

There was a blown call in the fourth round when the referee failed to give Woodley credit for a knockdown of Paul after he stunned him with a big shot, causing him to fall into the rounds.

It was obvious that the ropes had kept Jake from falling down, but the referee didn’t see what the fans did. Hence, he didn’t score as a knockdown.

Woodley has himself to blame for his loss by failing to throw enough punches. He fought like he was afraid to get clipped by one of Jake’s big shots, so he opted not to throw more than a small handful of shots.

It’s not that surprising that Woodley failed to throw many shots because this is the pattern that he’s shown in his last four fights in the UFC, all of which he lost. Woodley no longer lets his hands go, and that’s why he’s losing all the time.

Hopefully, we don’t see a rematch between Woodley and Jake after this because it’ll be a tough sell. If you’re Paul, you don’t want to fight anyone good because he’s too green still, and it takes many years for him to learn enough to compete with a first-tier fighter.

Unless you have crushing power, to be a good boxer, you have to start out boxing early like in your teens if you want to become a good fighter. Jake is too old to learn enough to compete with a top-tier contender.

Woodley wasn’t going to let his hands go in the first four rounds, and he foolishly gave the fight away. For Woodley to fight the way he did, showed that he wasn’t willing to put it on the line to try and win. It was a fight that Woodley could have won if he’d let his hands go. 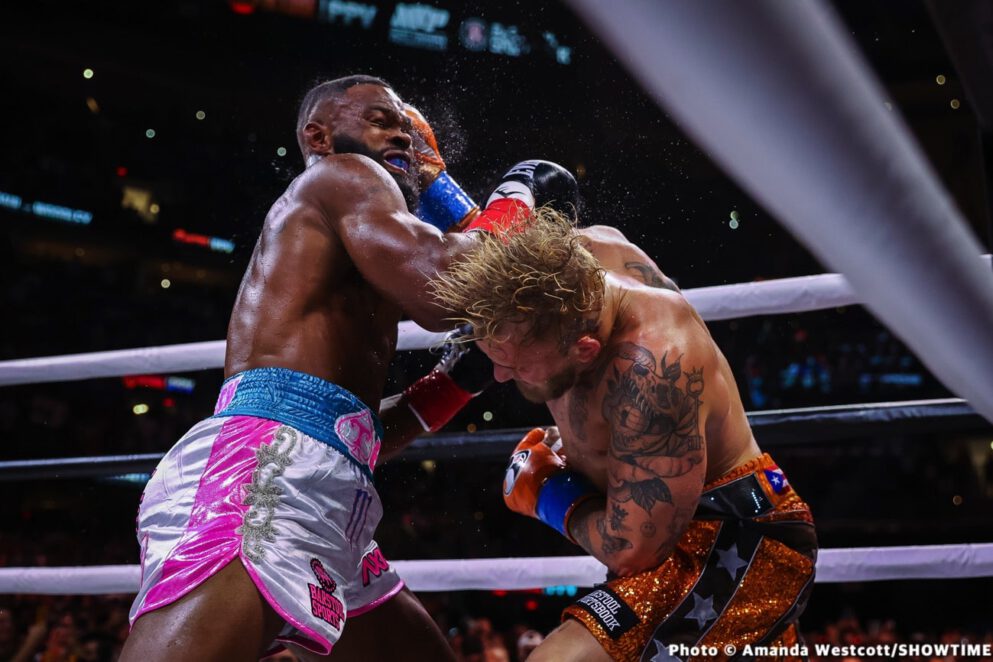 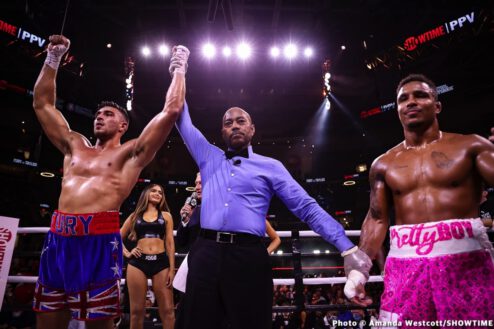 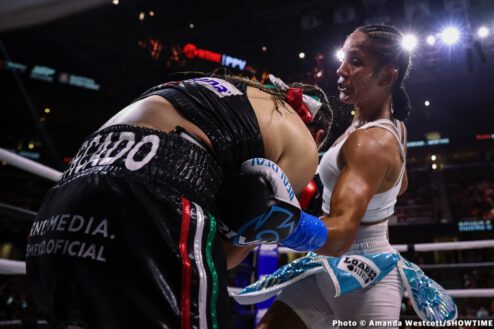 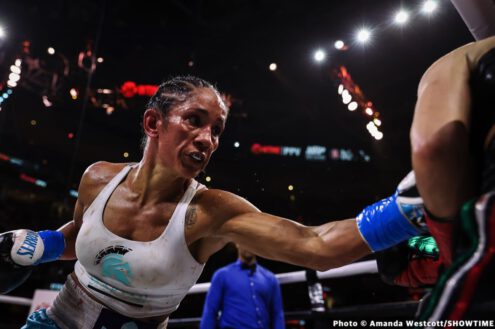 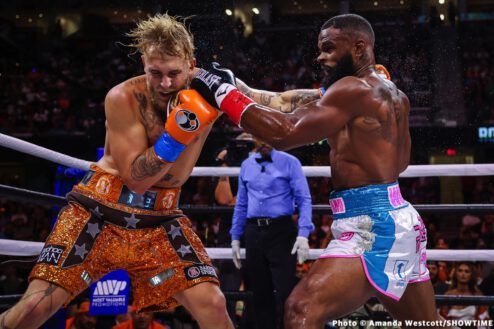 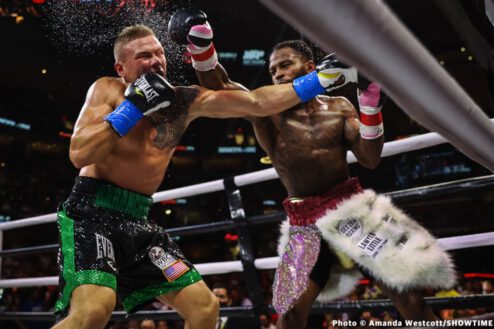 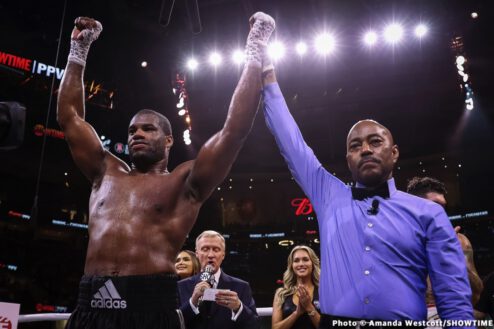 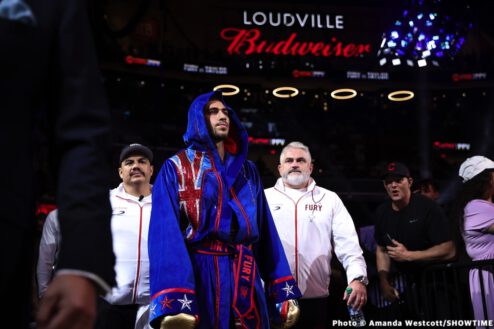 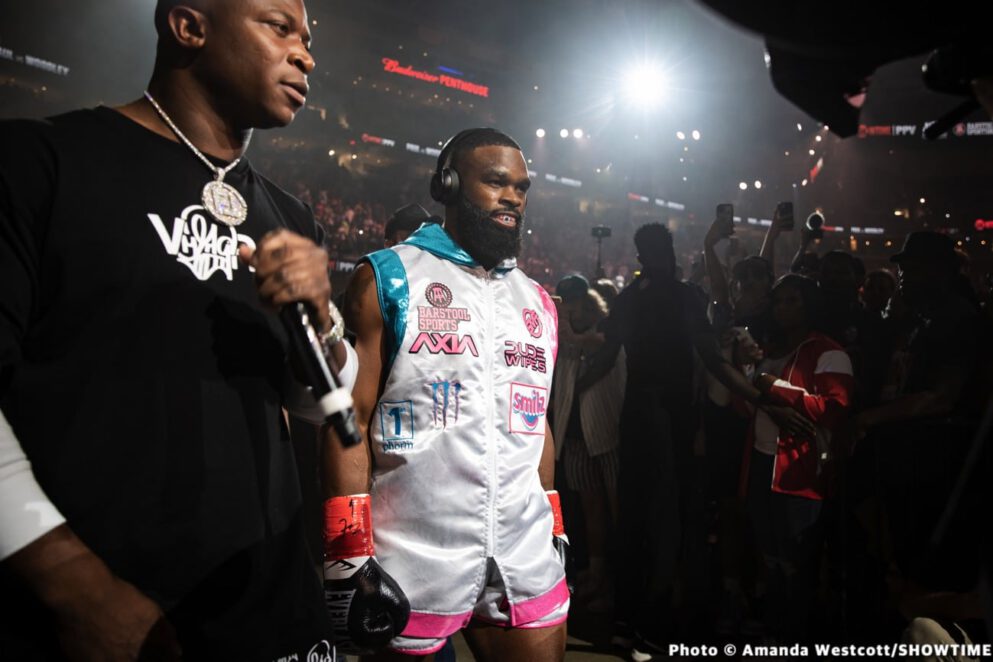