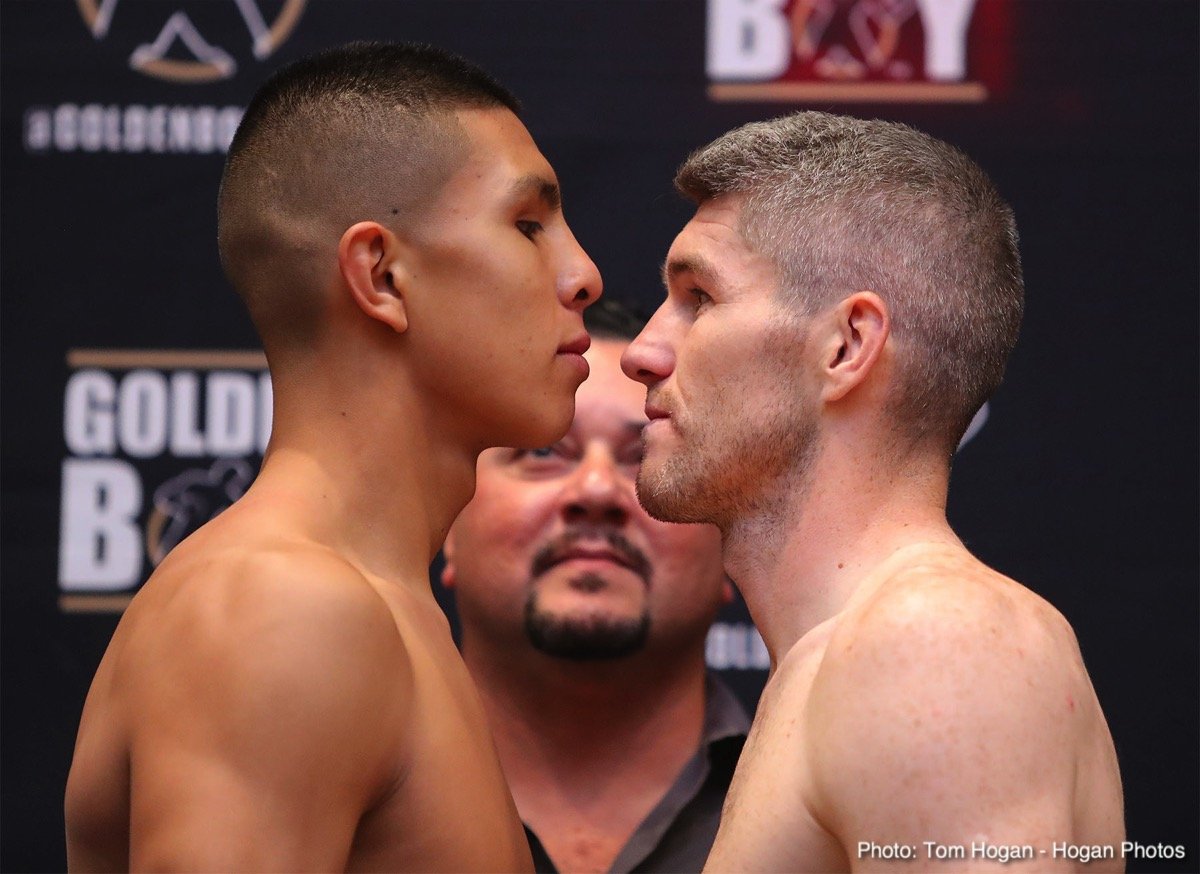 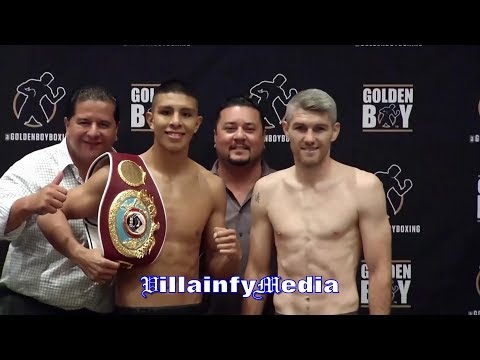 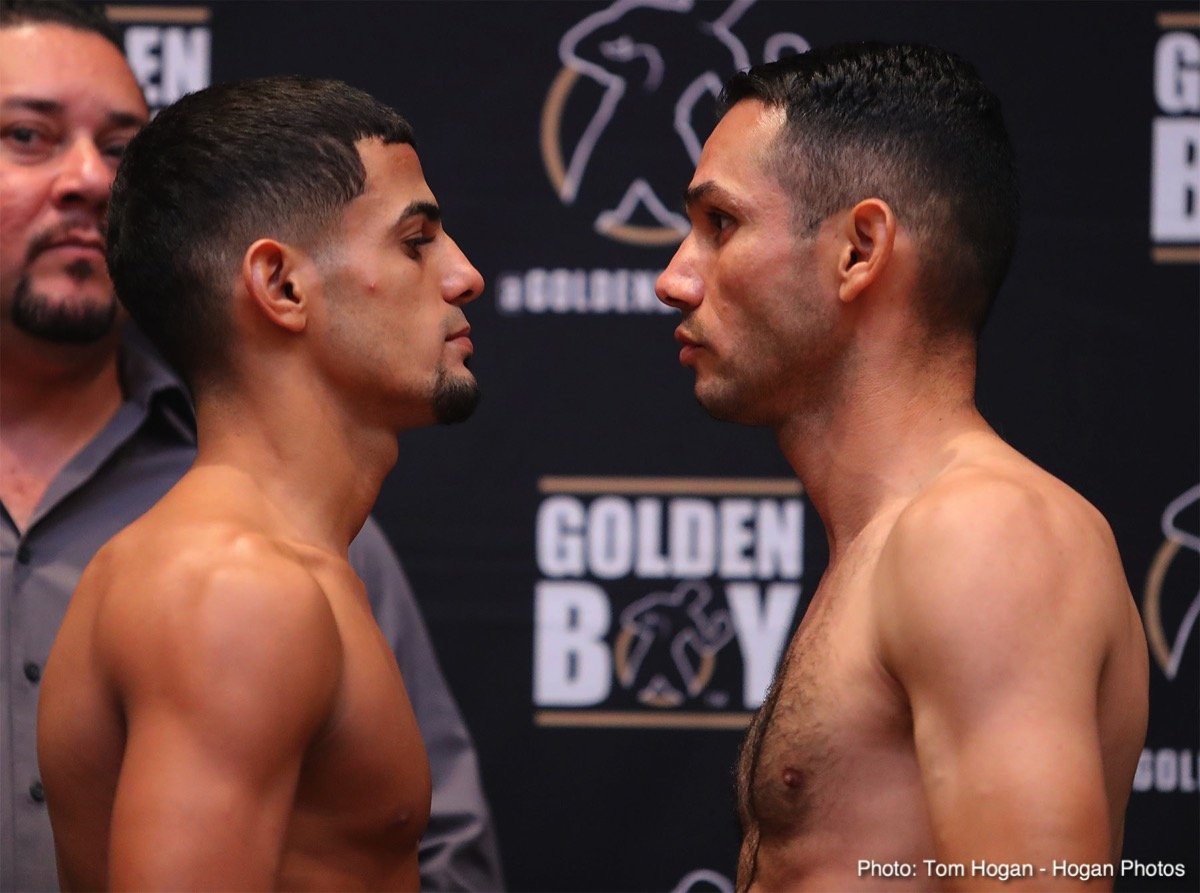 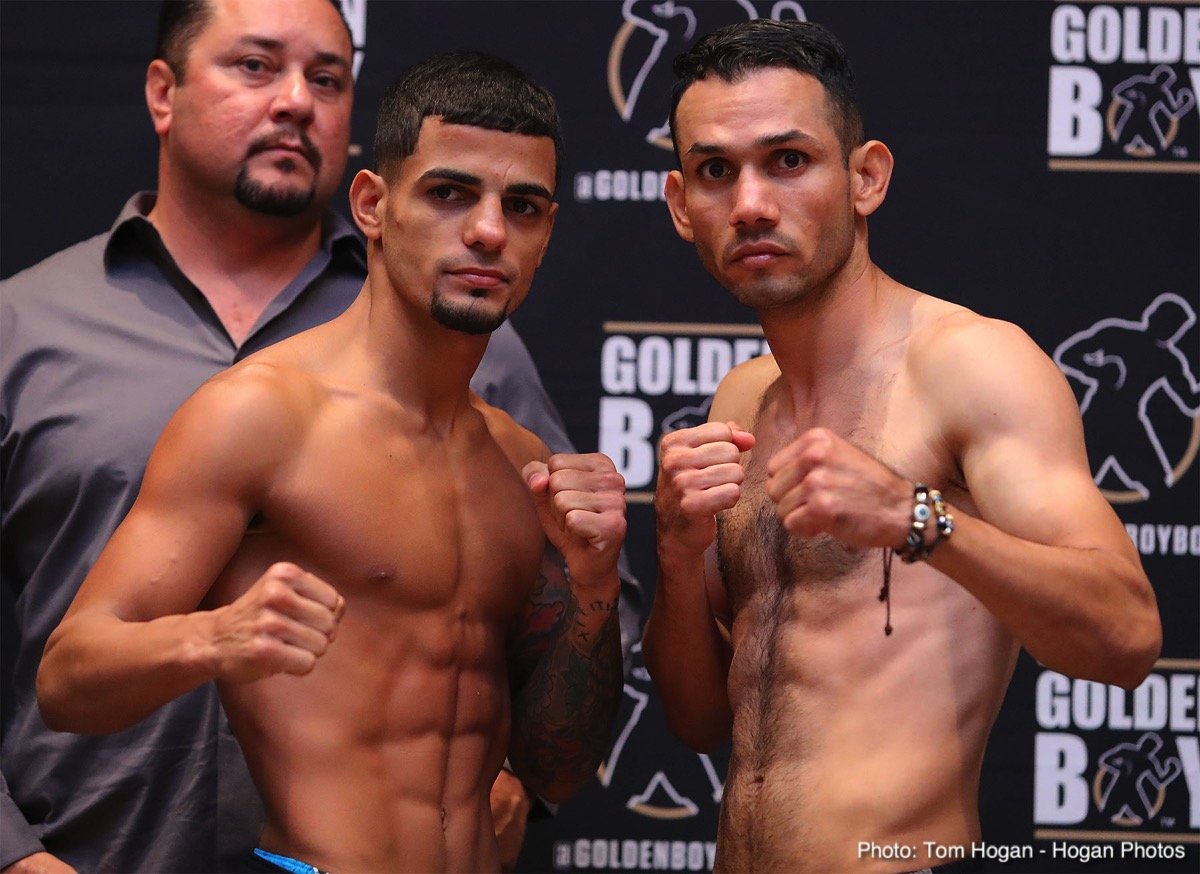 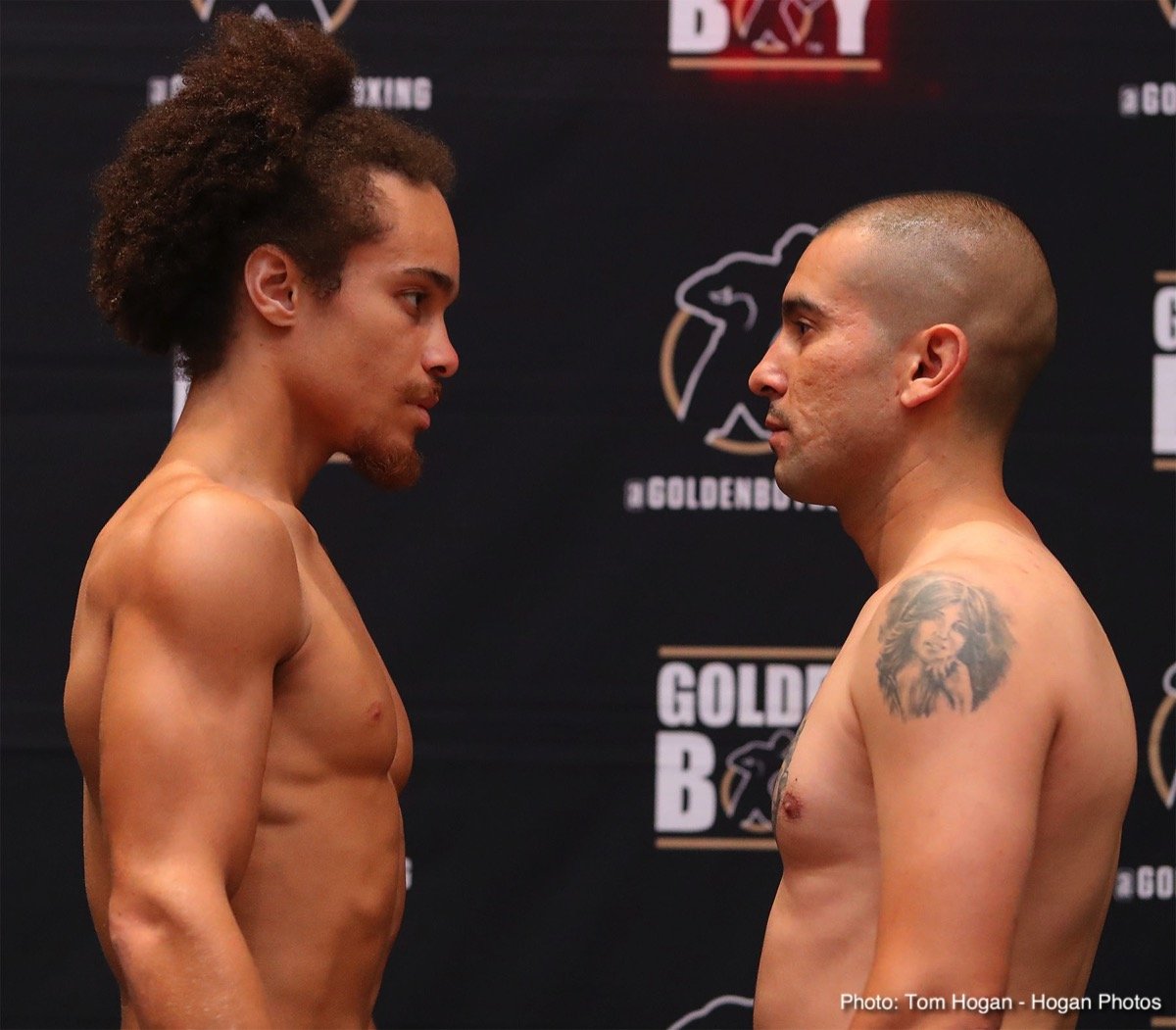 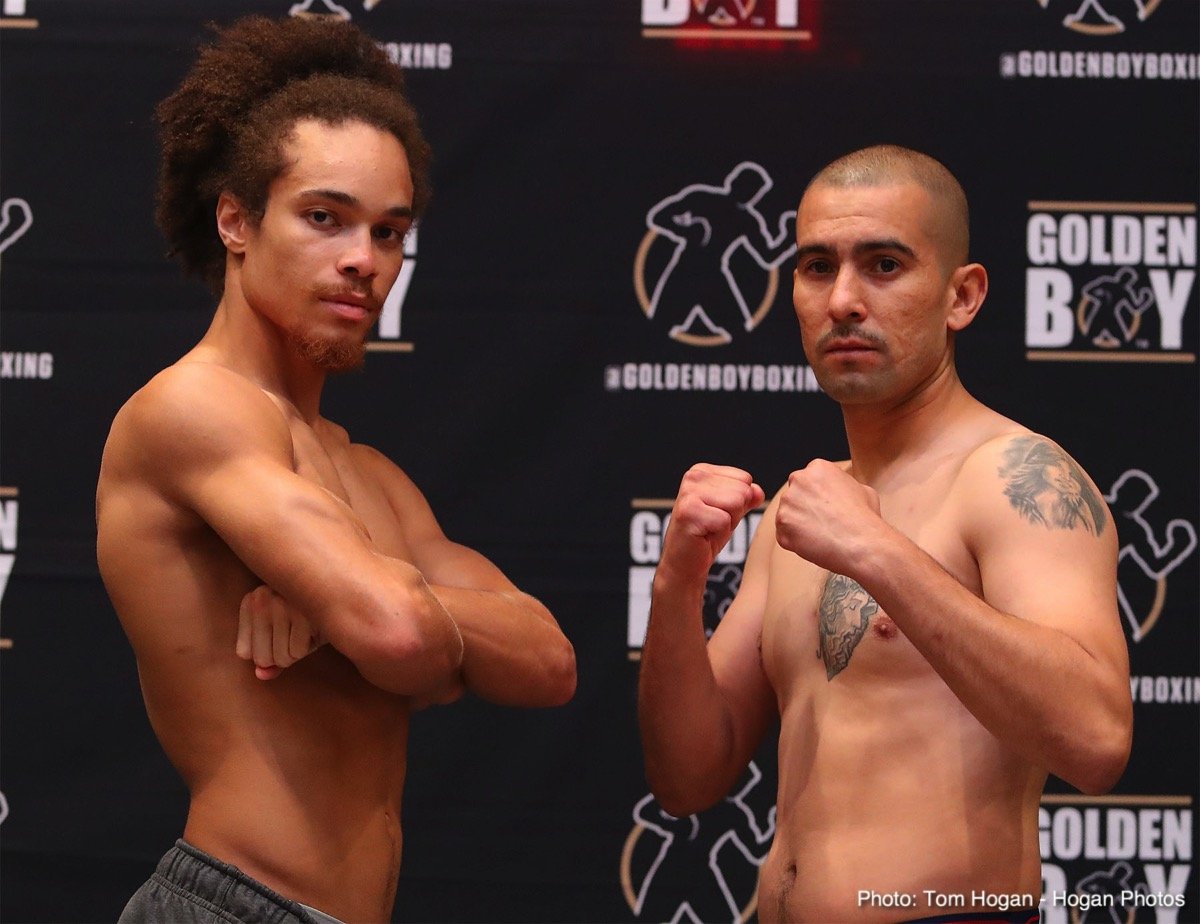 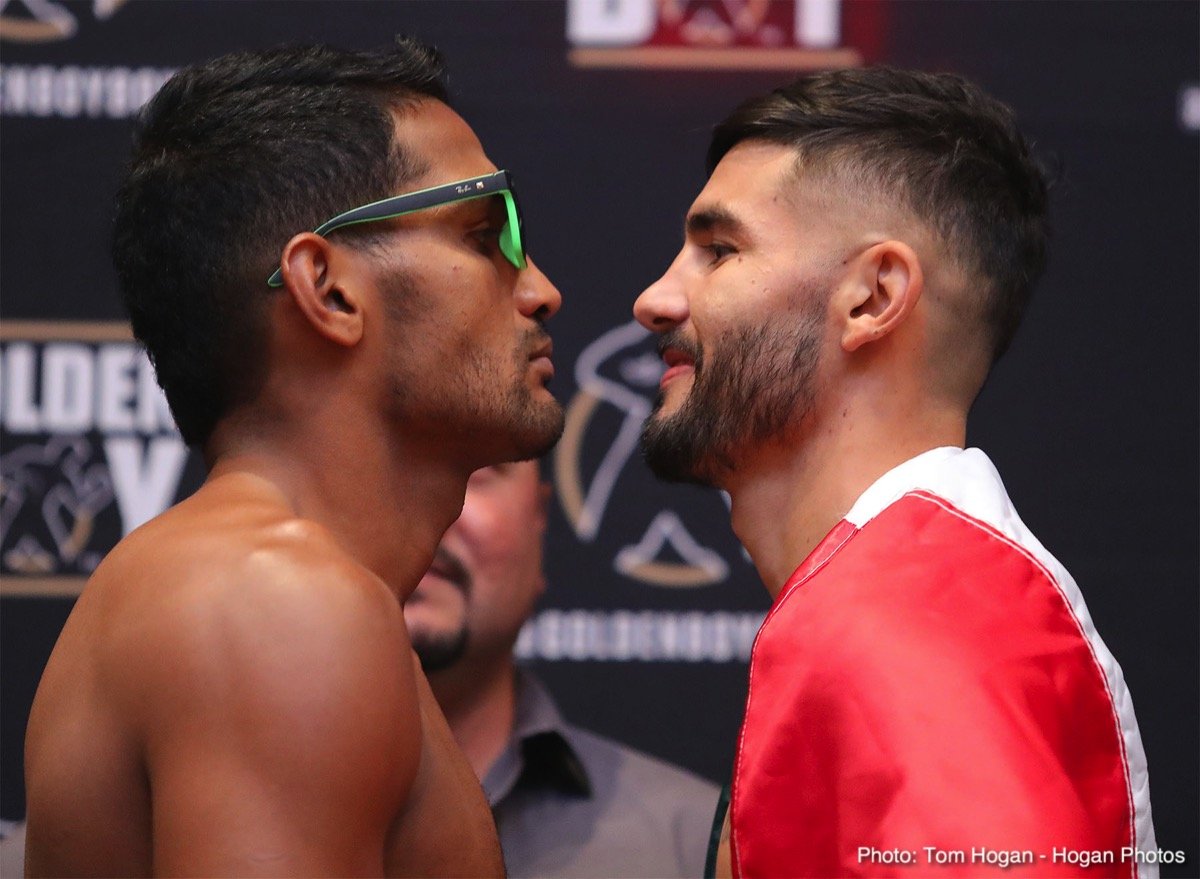 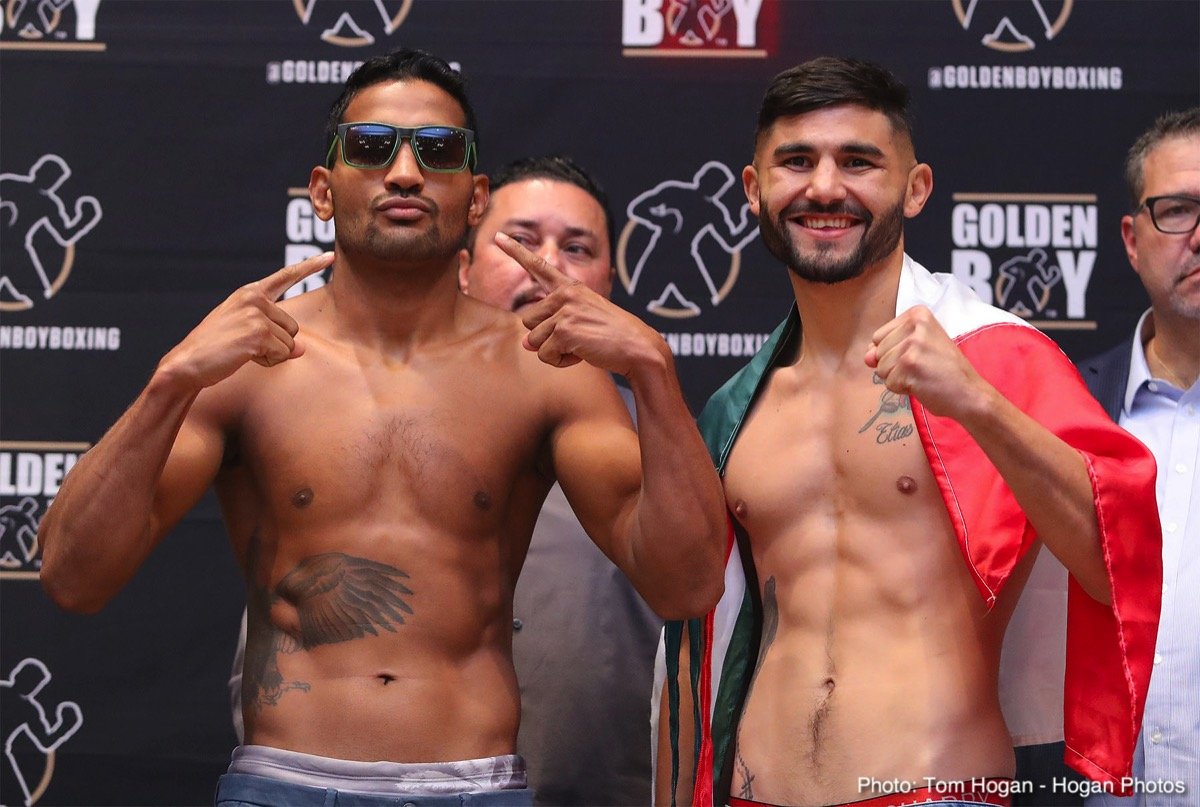 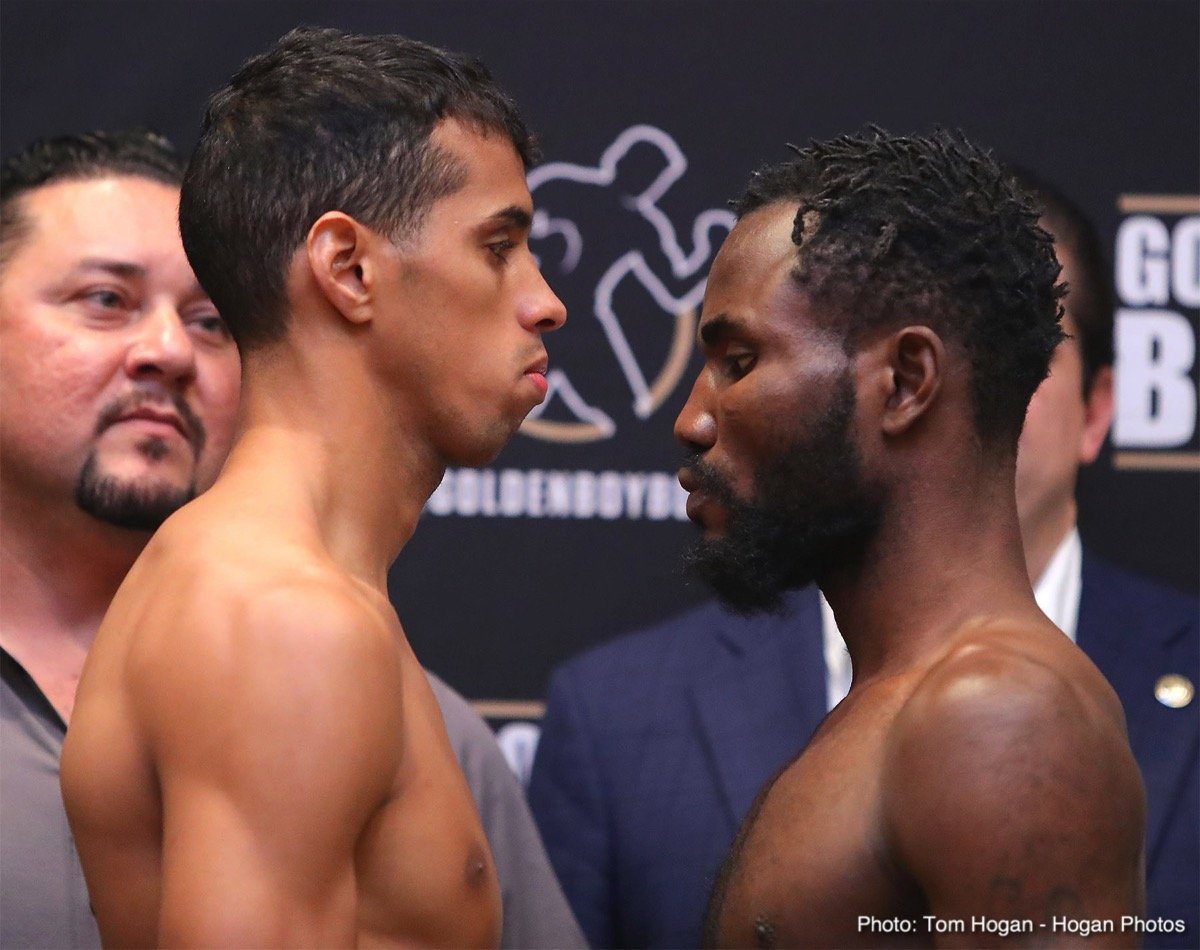 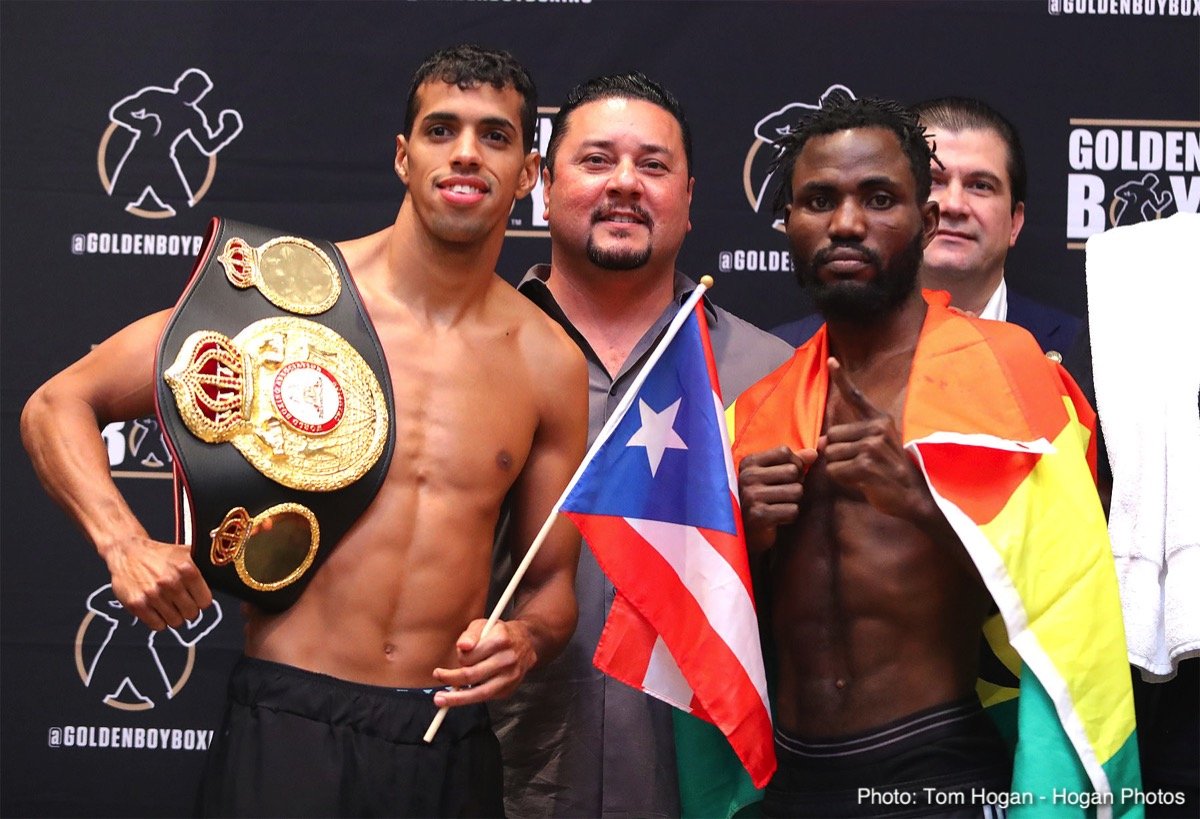 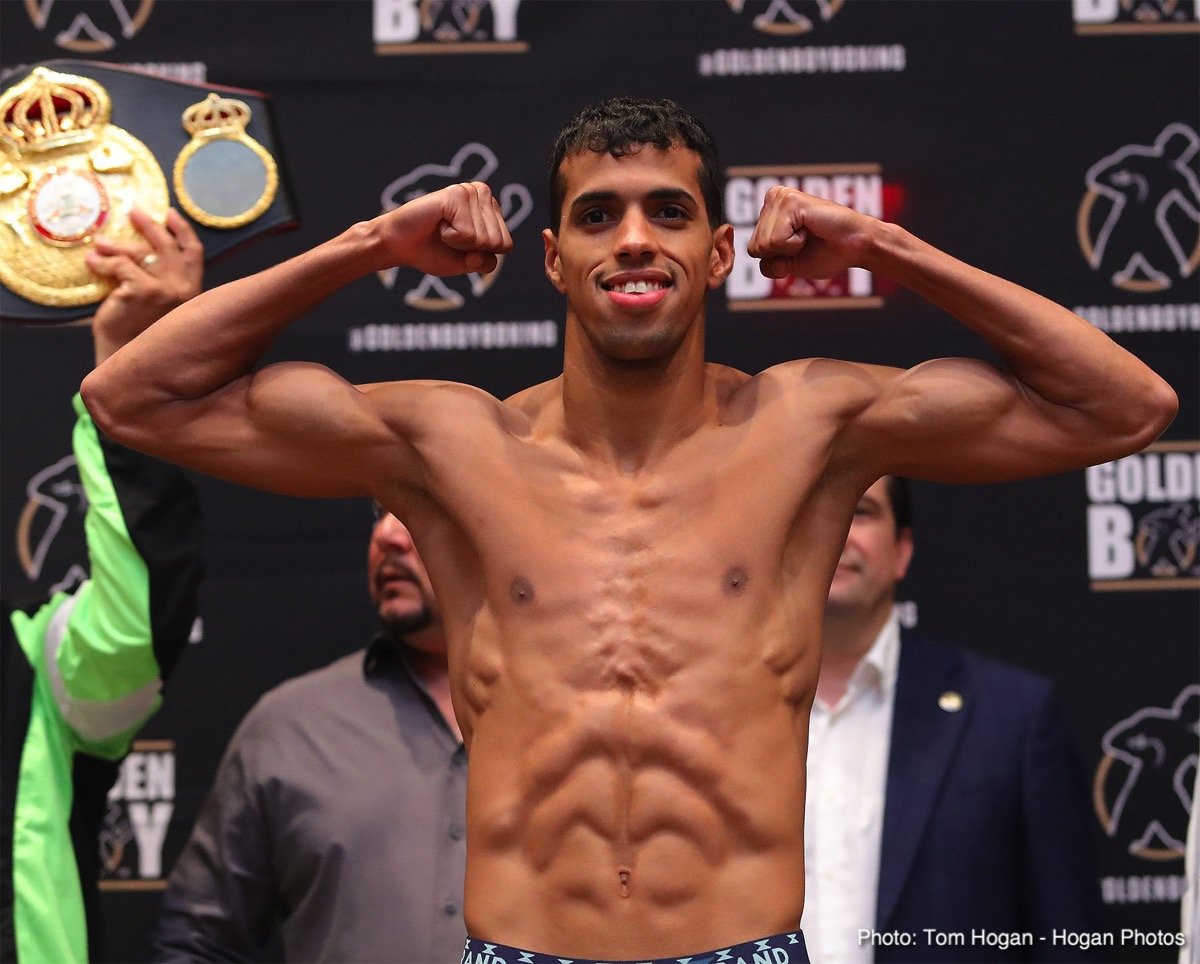 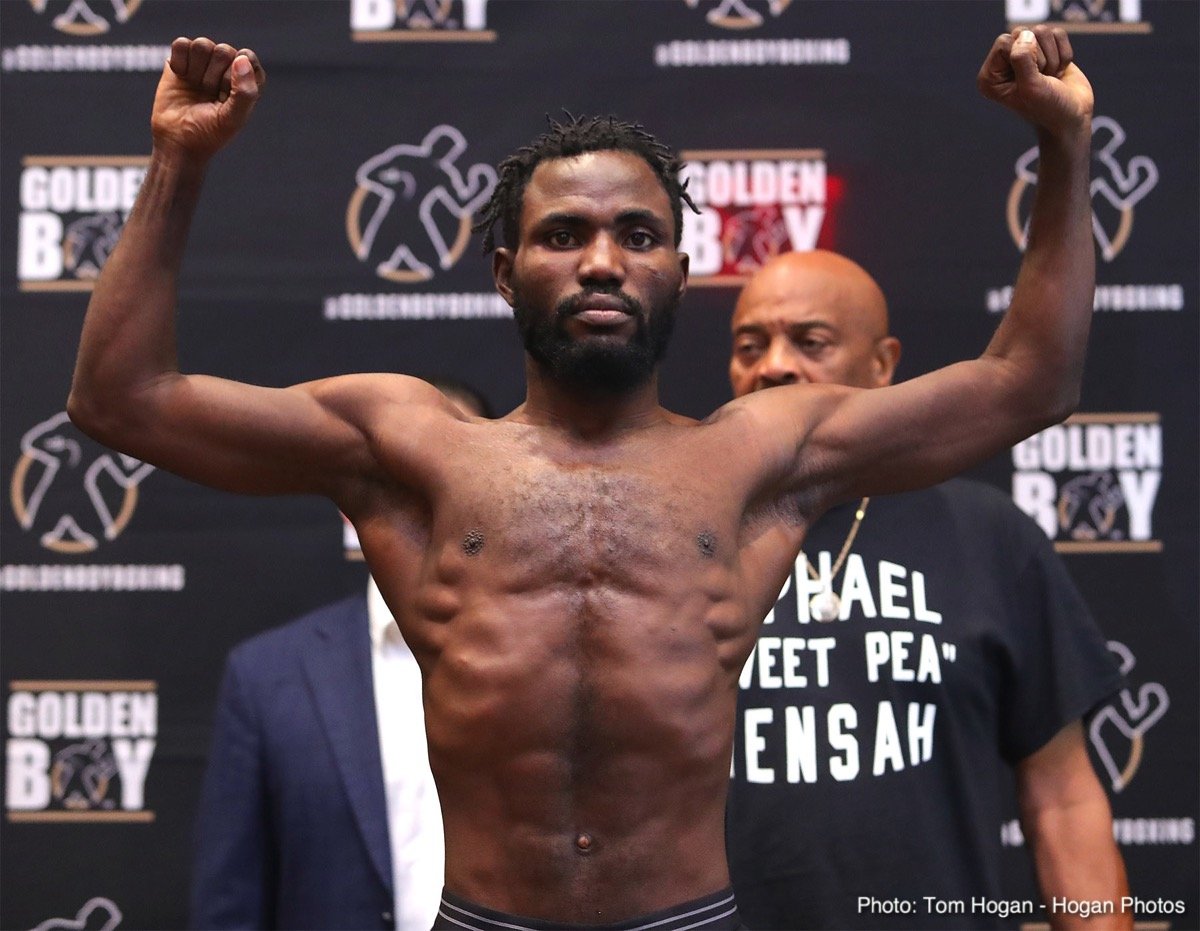 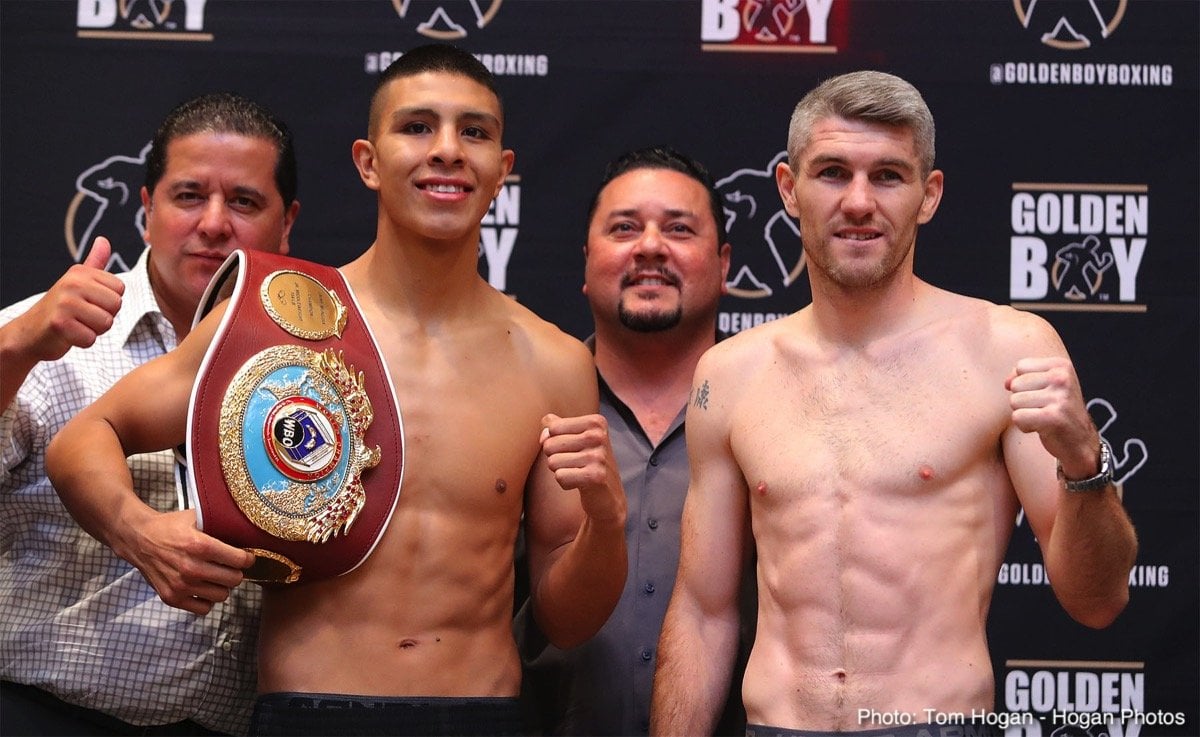 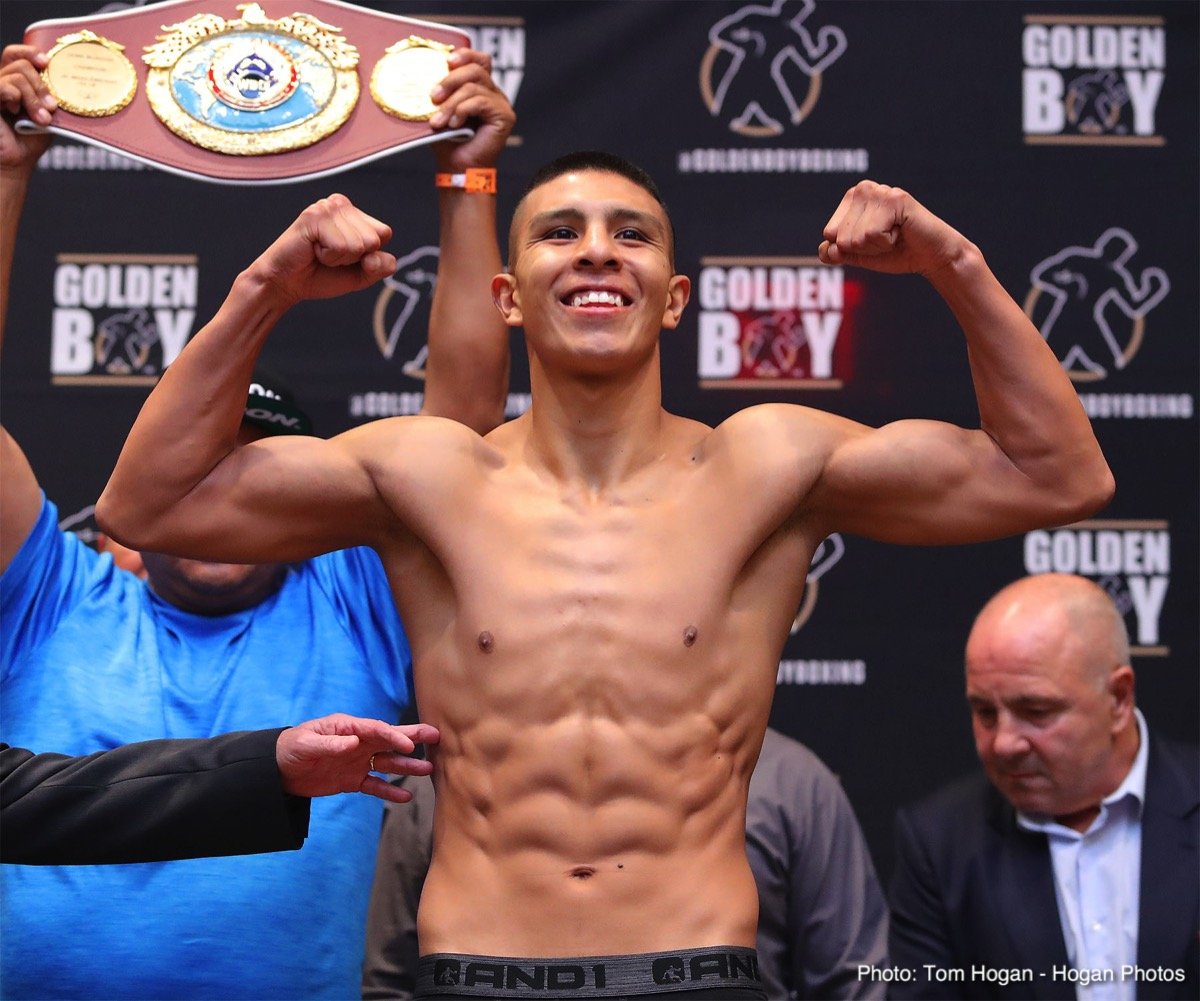 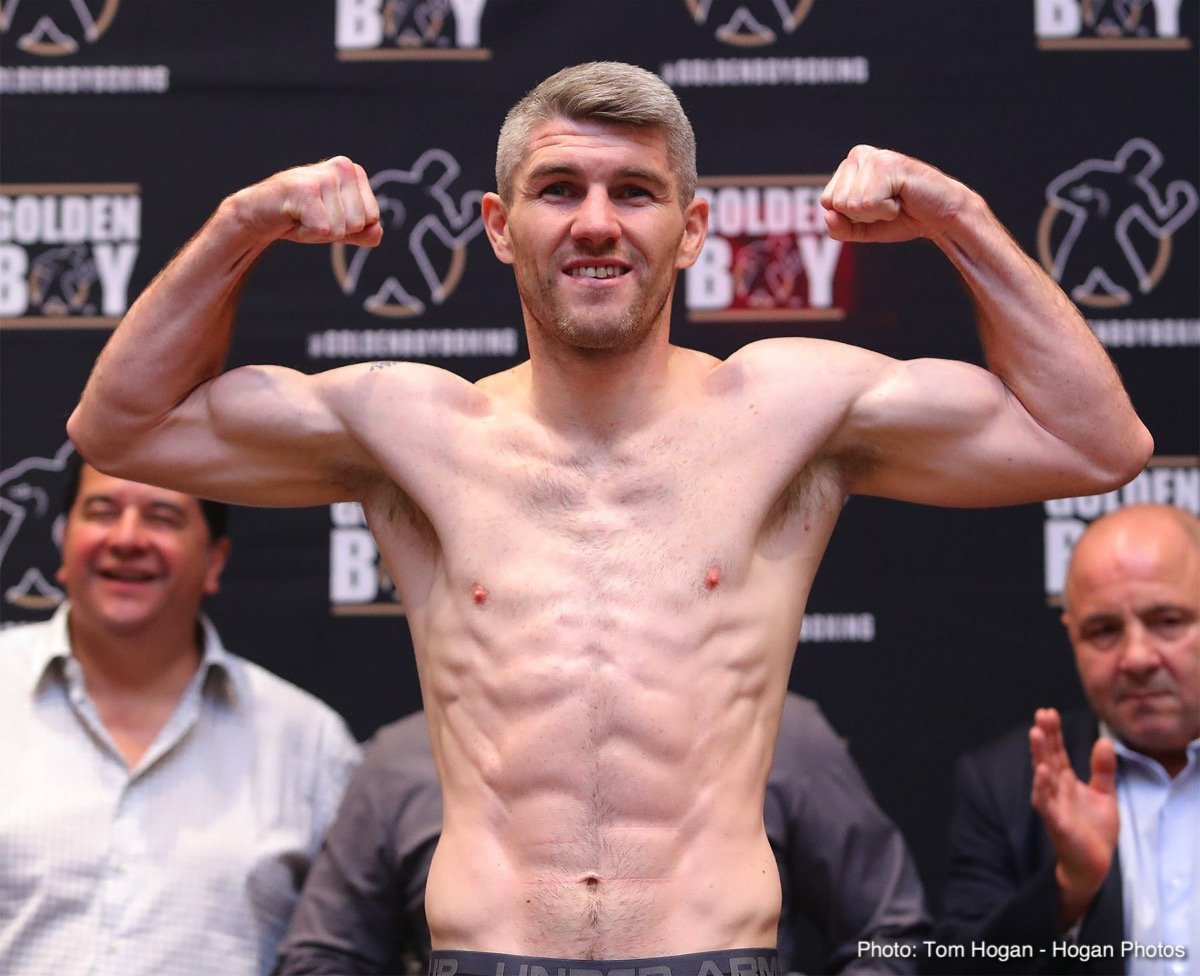 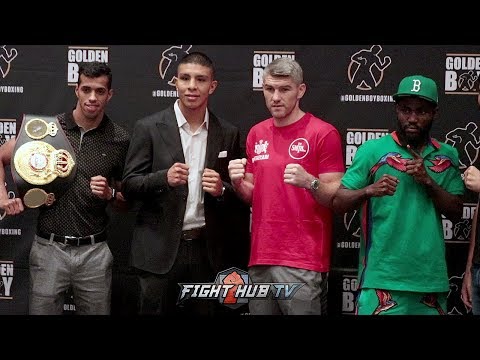 “Liam Smith is a tough fighter. We know what kind of style he has. He’s the type of fighter who will come forward and throw a lot of punches. He has an advantage because he’s been in big fights before. But I have a lot of experience as well. I’ve had over a hundred amateur fights and I have fought all over Mexico. We also know what style he will bring. Smith is the kind of fighter who will stand in front of you with a high guard and then suddenly throw a lot of punches. We both come forward and we both throw a lot of punches, so there is a high possibility that this fight will end in a knockout. If we don’t get the knockout, I’m prepared to go the 12 rounds. This has been the best camp of life. I am very prepared. My sparring has gone well. I feel great and I will show that on Saturday. Don’t miss this big fight!” 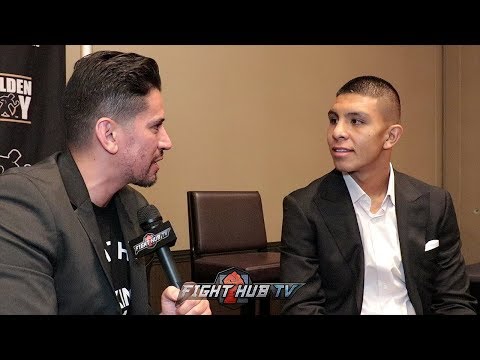 “It’s good to be back fighting in the United States. The last time I was here I was treated very well. It was unfortunate to pull out of the Sadam Ali fight. But my loss was Jaime Munguia’s gain. He stepped in and he won the title.

I was kept in the mandatory position and now I’ve got my shot against a good champion. It should be an exciting fight. He’s an exciting combatant who comes to fight. He’s young and he’s hungry. But you know me. I’m not going to come here and lie down. It’s not the Jaime Munguia show for me. I’m here to do my job. I’m here to do what I set out to do and get my title back.” 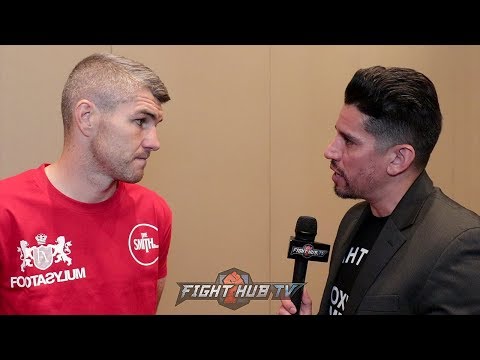 “Rafael is the Number 1 contender for a reason. I’ve got great training at the Wild Card Boxing Club where everyone is very strong. I thank Freddie Roach for focusing on me for the past several weeks. I’m going back to Puerto Rico a world champion.” 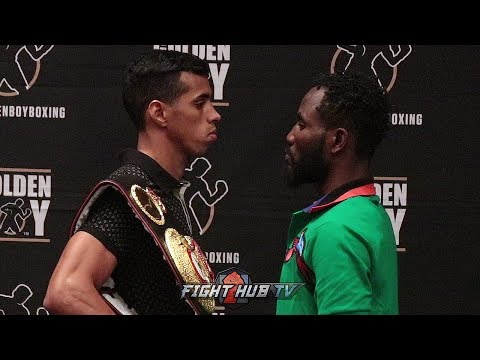 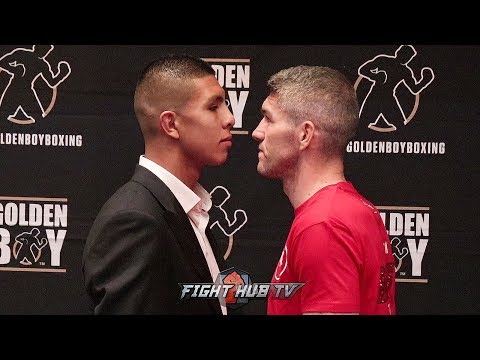 “We have great fights in store for everyone. Jaime Munguia, who just acquired his world title in spectacular fashion, is up against another tough contender in Liam Smith. In the co-main event, we’re happy to work with Miguel Cotto Promotions and Don King Promotions to bring this great fight between Alberto Machado and Rafael Mensah. The fights are sure to be a great. They are all prepared and good to go, so don’t miss all this action.”

Munguia vs. Smith is a 12-round fight for the WBO Junior Middleweight World Championship presented by Golden Boy Promotions in association with Zanfer Promotions and Frank Warren. Machado vs. Mensah is a 12-round fight for the WBA Super Featherweight World Title presented by Golden Boy Promotions and Miguel Cotto Promotions in association with Don King Productions. The event is sponsored by Tecate, “THE OFFICIAL BEER OF BOXING” and Casa Mexico Tequila. The event takes place Saturday, July 21, 2018 at The Joint at the Hard Rock Hotel & Casino, Las Vegas. The action-packed doubleheader will be televised live on HBO Boxing After Dark beginning at 10:00 p.m. ET/PT 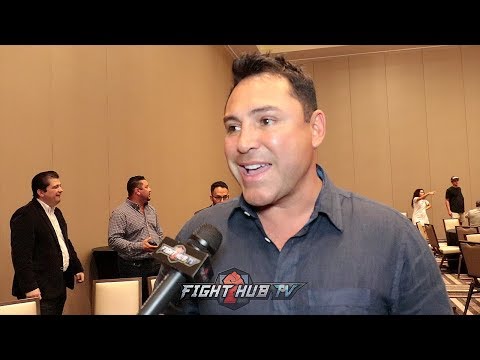 SMITH WANTS RIVALS TO KOP IT AT ANFIELD

LIAM SMITH has revealed that top of his boxing bucket list is to defend the WBO super-welterweight title at Anfield – home of his beloved Liverpool football club.

‘Beefy’ bids to win back his old crown when he challenges Mexican star Jaime Munguia (29-0) at the Hard Rock Hotel and Casino, Las Vegas on Saturday night.

Smith (26-1-1) believes that becoming the first two-time world champion from Liverpool will mean all roads lead to a big fight at Anfield next summer.

He is a mad Liverpool fan and many of his Saturday’s and midweek evenings are spent sitting in the famous Kop end.

He explained: “I did a boxing bucket list and fighting for a world title in Las Vegas was one of the very last things on it and that is what I am doing.

“I added to the bucket list the other day because the only thing not ticked was to win a British title outright.

“I put one more on it and that is to fight at Anfield. I had to add something big because when I do beat Munguia, Anfield becomes a big possibility.

“There has been meetings about different events at Anfield and I think they are keen on boxing taking place there.

“My promoter Frank Warren recently did Lee Selby and Josh Warrington at Elland Road, David Haye fought at Upton Park and of course there is Anthony Joshua at Wembley and Cardiff.

“I think Anfield want to get involved and they can with myself, my brothers and other Reds who are professional boxers. It is realistic.

“Anfield have seen what these events can do and me fighting there could be the first boxing event.”

Smith hopes that beating the unbeaten champion who will be making the first defence in the BT Sport televised clash will be a fantastic early birthday present ahead of his 30th next week.

He added: “I have dreamt of fighting in Las Vegas since I was 17 or 18 years old, but it is more than boxing there and I will be gutted if I don’t win.”