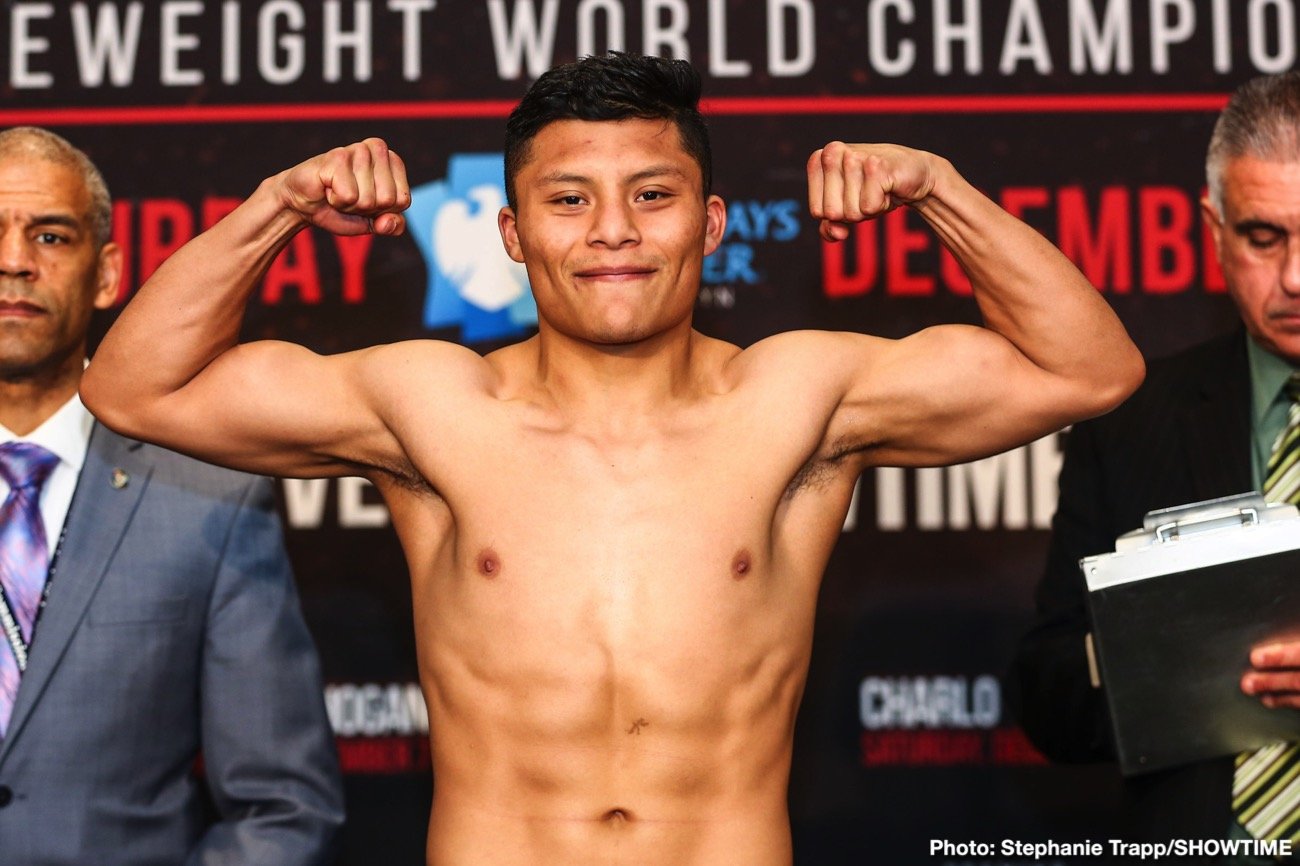 Isaac ‘Pitbull’ Cruz (22-1-1, 15 KOs) has agreed to a deal to face WBA secondary lightweight champion Gervonta ‘Tank’ Davis (25-0, 24 KOs) in the headliner on December 5th at the Staples Center in Los Angeles.

The 23-year-old ‘Pitbull’ Cruz, who comes from Mexico, will be replacing Rolando ‘Rolly’ Romero as the opponent for the unbeaten Davis on SHOWTIME PPV. Rolly has been removed from the card because of the recent sexual assault allegations made towards him.

Gervonta vs. ‘Pitbull’ Cruz will be on SHOWTIME PPV, which might not please some boxing fans. They felt that once Rolly Romero was off the card, it should be on regular Showtime rather than pay-per-view.

Mayweather Promotions are likely assuming that fans will still be willing to pay to see the December 5th card because Tank Davis is headlining.

Isaac Cruz is perhaps better than Rolly, but he’s not well known yet in the U.S. That’s the only problem with using him as the replacement rather than some of the better-known fighters that volunteered to step in to face Tank Davis.

It would have been interesting to see how Tank would have done against Regis Prograis, Joseph ‘Jojo’  Diaz Jr, Gary Russell Jr, or Devin Haney. But you can understand why Mayweather Promotions chose to replace Rolly with ‘Pitbull’ Cruz rather than those other fighters. Those would have been risky fights for Tank, and who knows if he’d beat any of those guys?

ESPN’s Mike Coppinger reports that ‘Pitbull’ Cruz had previously been the guy that was going to challenge WBA ‘regular’ 135-lb champion Gervonta, but they went with Rolly Romero.

With Rolly needing to be pulled from the card, the organizers for the event circled back and worked out a deal for Cruz to face Tank Davis on the December 5th card.

Mayweather Promotions and Showtime had a lot of options with Devin Haney, Joseph ‘Jojo’ Diaz Jr., and Regis Prograis all reportedly interested in facing Tank Davis for the December 5th card.

It’s unknown why they went with ‘Pitbull’ Cruz, but he’s a fighter that is rising up in popularity with a recent one-sided win over Fernando ‘El  Bandito’ Vargas in his last fight.

“Although the allegations against me are totally false and I will prove that through the legal system, I agree that it is in the best interest of everyone involved that I not participate in the upcoming pay-per-view event,” Romero said in a statement posted to his Instagram page. “After clearing my name I will return to the ring as soon as possible.”