For Stevenson to rise in popularity enough to get fights against guys like Pitbull Cruz and Zepeda, he’s going to need to become more fan-friendly with his style. He’s too defensive, and it’s boring to watch.

While neither of those two lightweight contenders has won world titles during their short careers, they’re arguably more popular than the former two-division world champion Stevenson (19-0, 9 KOs).

The 24-year-old Stevenson just moved up to the 135-lb division, and he wants to immediately face Pitbull Cruz (24-2-1, 17 KOs) and Zepeda (27-0, 23 KOs). Shakur has had no luck, and he probably won’t because he’s not a big enough star to get either of those two contenders to face him.

The guy that Zepeda and Pitbull want is WBA ‘regular’ lightweight champion Gervonta ‘Tank’ Davis because he’s a pay-per-view attraction for Showtime. Pitbull has already fought Tank last December on Showtime PPV, and came close to beating him.

“If he says ‘no,’ the next is Kambosos,” said Shakur Stevenson on Instagram about who he wants to fight in the WBC’s rankings at lightweight. “That’s what the ranking is and what we are supposed to be.

“Pitbull, the big killer that fought Tank. They act like he’s some type of killer. If he’s a killer, then what’s up? Show me you’re a killer. I want to see how much of a killer you is, Pitbull.

“What are we talking about, bro? He knocked out an old Gamboa, I don’t care. I’m not Gamboa. They don’t want no smoke. They turned down the fight. He ain’t not pitbull to me.

“I like what the WBC doing. These punk a** fighters. I don’t know. If he’s [William Zepeda] a killer, why is Golden Boy saying it’s not time yet?

“Why are you posting on Instagram, Golden Boy? ‘We ready for the smoke.’ What’s up? He [Zepeda] beat Jojo, and he’s feeling good. No, I’d best the f**k out of him too.

“He’s not on my level. I don’t care how tough. I’m going to beat the s**t out of him too, William Zepeda.

“I saw Jamaine Ortiz say that he was going to be the first person to beat me. Just because he got in there with old Lomachenko. He did good. If that was me, I’d have beat Lomachenko.

“Pitbull, a little midget of five feet, big head mother f***ker. I’m not worried. That little mother f***er can’t do s**t with me. He too little. He’s my girl’s height. How you going to hit me, bro?

“I see why you don’t want to fight me, though. I get it,” said Stevenson about Isaac Cruz. 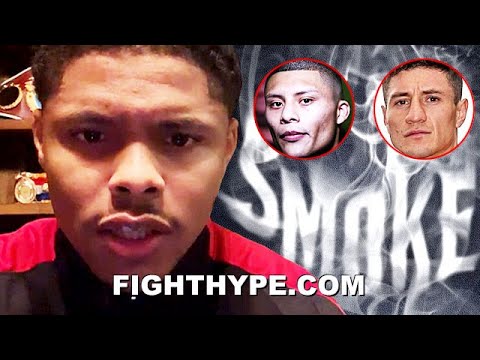