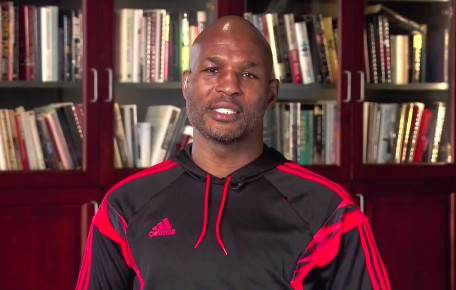 Hopkins figures that all he needs to do is nullify Kovalev’s power and he’ll have the fight won. That’s obviously going to be a lot easier said than done, because Kovalev is going to be on top of Hopkins for the full 12 rounds looking to blast him out with each shot. If Kovalev does fade in the later rounds, it likely won’t be unless the 8th or 9th. By then, he’ll have hit Hopkins with a lot of really hard head and body shots, and that might take a lot of the fight out of the aging 49-year-old.

“I have 10 weapons going up against one bomb. This guy is a dangerous puncher. That one bomb can be explosive. That’s the challenge,” Hopkins said via Sherdog.com “Don’t call me the favorite in this — even though I’ll win,” Hopkins said.

In speaking about Hopkins’ 10 weapons he has going for him, you’ve got to assume that he’s talking about him slowing the fight down by going defensive and not giving Kovalev too many openings to throw his shots. Hopkins will try to use movement at times, but it’s doubtful that he’ll be able to move for 12 rounds.

Hopkins will move some of the time, but he’s not going to be able to move enough to avoid Kovalev’s big shots. Hopkins will need to try other tricks in his toolbox to avoid Kovalev’s big punches such as holding, wrestling, and fighting off the ropes. Hopkins is hard to hit cleanly when he’s leaning back against the ropes, because he moves his head away from the punches and that takes a lot of the sting out of them.

Most of the guys that Hopkins has faced recently have been head hunters, and they didn’t have the sense enough to start throwing punches to Hopkins’ body. Kovalev will no doubt be looking to do that this Saturday night. Whether that will have any effect on Hopkins is unknown. It might lead to Hopkins countering Kovalev each time he throws a hard body shot, because he’s going to have to drop his head when he throws to the body. That’ll leave Kovalev open to Hopkins’ left hooks and right hands.