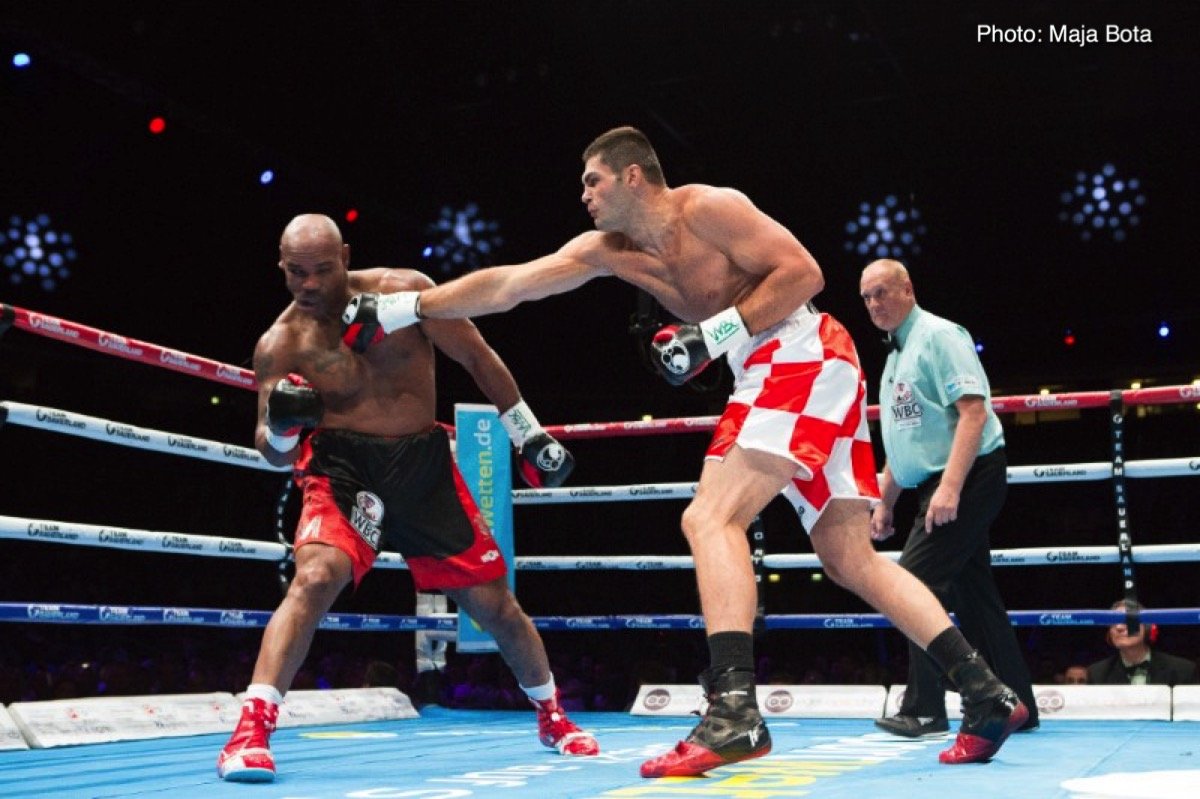 Fans are always on the lookout for the next big thing at heavyweight (quite literally sometimes). The division is pretty exciting right now, with the top names taking good fights and the rival champions hopefully looking at fighting each other next year some time. But in terms of hot prospects/up and comers/young contenders, there are four heavyweights that are currently catching the eye of fight fans.

Filip Hrgovic of Croatia has had just six pro fights, yet the 6’6” puncher has made some waves already. A fine amateur who won a gold medal at the 2015 European champions and won a bronze at the 2016 Olympics, the 26 year old turned pro in September of last year and he has met only fighters with winning records. Last time out, on September 8, Hrgovic crushed Amir Mansour inside just three-rounds to take his first pro title, the WBC International belt.

Daniel Dubois of the UK has scored some chillingly impressive KO’s since going pro in April of last year and the 21 year old is now 9-0(8). Last seen getting some valuable experience in his first distance fight, when Kevin Johnson took him ten full rounds, Dubois has plenty of time on his side. The 6’5” Dubois has sparred a number of top names and he reportedly acquitted himself very well indeed.

Efe Ajagba of Nigeria (now based in Texas) might just be the most promising young heavyweight out there today. Trained by the great Ronnie Shields, the chiselled 6’5” hope with the incredible 88” reach (!) also had a fine amateur career, winning bronze at the Commonwealth Games in 2014. A pro since last July, Ajagba has scored six first-round wins in his seven professional victories. Earlier this year, Ajagba made headlines as his opponent literally ran out of the ring as soon as the first bell rang!

Darmani Rock is perhaps a little less known than the other fighters on this list, yet the 22 year old from Philadelphia has already compiled a 13-0(8) pro record. A pro since May of 2016, the 6’5” boxer/puncher has been very active and though he is in no rush, Rock is as ambitious as the next young heavyweight. Last seen stopping Pedro Julio Rodriguez this past Saturday, Rock has gained a strong fan-base.

There are other good young heavyweight prospects to keep an eye on (Joe Joyce, although he is already aged 33, Nathan Gorman, Tony Yoka and Sergey Kuzman, who is aged 31) but the above four talents have impressed many the most over the past few months.