Saturday’s fight between Oleksandr Usyk and Anthony Joshua aside, and the winner against Tyson Fury aside, the biggest fight that could be made in today’s heavyweight division is one between Deontay Wilder and Joshua. Recently, Shelly Finkel said that even if AJ loses the rematch with Usyk, a fight between he and Wilder would be “enormous.”

And Eddie Hearn has revealed to Seconds Out how he recently attempted to reach out to Finkel – once again; the Joshua-Wilder negotiations of 2018 being frustrating memories for all concerned – in a fresh attempt at getting something going with this fight. But Hearn says he has thus far been met only by silence from Finkel. 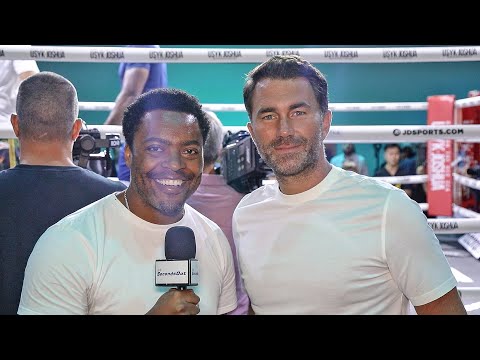 “I actually reached out to Shelly Finkel the other day,” Hearn said. “Because I have got so much money for Deontay Wilder in an offer, but they never came back to me. I don’t know whether Deontay Wilder doesn’t wanna hear about that offer or whatever. But right now, as I stand here, I’m honestly not thinking about any other fight for AJ than Saturday. They all come through victory. I think if he [AJ] loses, the Wilder fight is there. If he wins, all he’s thinking about is that final fight with Fury to win all the belts.”

Most of us agree with Finkel – whether Joshua wins or loses in the Usyk rematch, a fight with Wilder would be massive, and must-see. No, this fight is not as super-massive now that Joshua and Wilder have both lost, but it’s still the third biggest heavyweight match-up that could be made this year or next year.

It would of course be interesting to see how big of an offer Hearn is willing to give Wilder for a Joshua fight, but as of now it’s merely a reaching out on the part of Hearn and nothing more. Still, it is less than encouraging that Finkel has not responded to Hearn.

We must wait and see what happens in Saturday night, but the sport of boxing moves fast, and you can be money that, no sooner has Saturday’s fight reached its conclusion, people everywhere will be asking both the winner and the loser what they will do next. If Fury does stay retired, might Saturday’s winner fight Wilder next? How big would an Usyk-Wilder fight be! 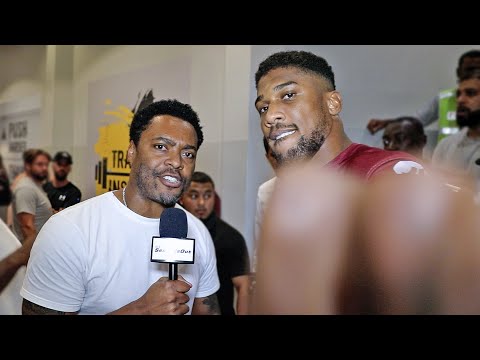