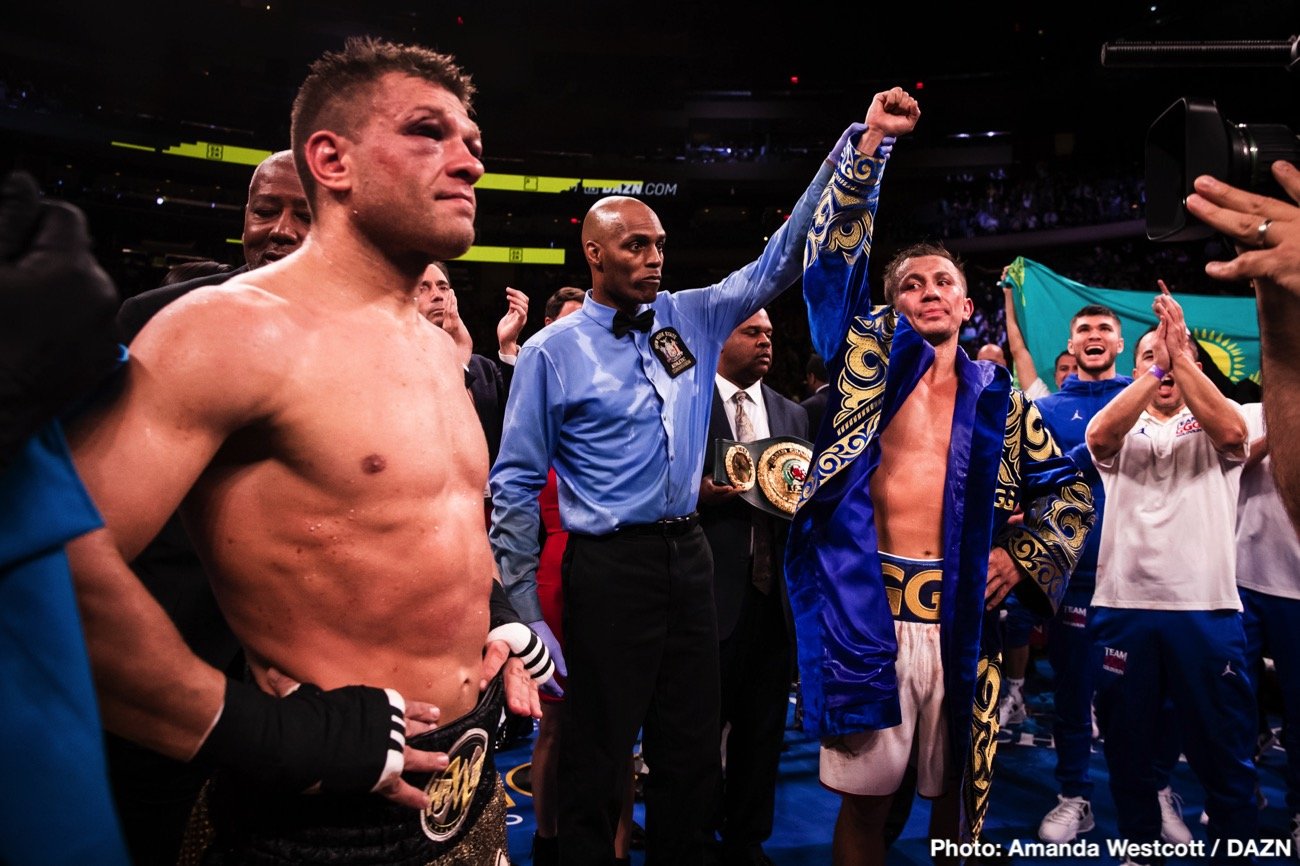 Though IBF middleweight champ Gennady Golovkin craves a third fight with arch-rival Canelo Alvarez, the Mexican star doesn’t seem too interested, stating on a conference call to hype his upcoming light-heavyweight debut against Sergey Kovalev that a third fight with GGG is “no challenge” to him. So Triple-G moves on, probably (let’s see how Canelo gets on with Kovalev, maybe he will decide to drop back down in weight and take that third, lucrative fight with GGG afterwards).

Promoter Eddie Hearn tells ESPN.com’s Dan Rafael that Golovkin may well wind up getting his IBF mandatory challenger, Kamil Szeremeta, out of the way. Hearn says a possible date for Golovkin-Szeremeta is February 29th, in Chicago, at Wintrust Arena in Chicago (the venue that saw Oleksandr Usyk box his heavyweight debut this past Saturday night). Hearn says the arena is “on hold” for the February date. Things could of course change but it looks like this is the next fight GGG will take.

Some people, this writer and GGG fan included, felt the 37 year old would take a decent break after his gruelling, he might have been ill upon entering the ring, battle with Sergiy Derevyanchenko. But no, Golovkin could be back just over four months on from perhaps the toughest physical fight of his pro career.

So can unbeaten Polish contender Szeremeta give Golovkin as tough a time of things as Derevyanchenko managed to do; maybe even go one better and beat GGG? At 21-0(5) the first thing one notices about 30 year old Szeremeta’s record is his lowly number of KO wins. And when looking at the names on the Pole’s record, this lets you know Szeremeta has not faced anyone of Golovkin’s class before. In fact, aside from a faded Kassim Ouma, who Szeremeta decisioned back in August of 2016, and Patrick Mendy, who he decisioned back in September of 2015, there are no obviously recognisable names on Szeremeta’s ledger.

If Golovkin does go ahead and fights Szeremeta next, he will enter the ring as a big favourite to win. But how will the fans react if this fight is confirmed?