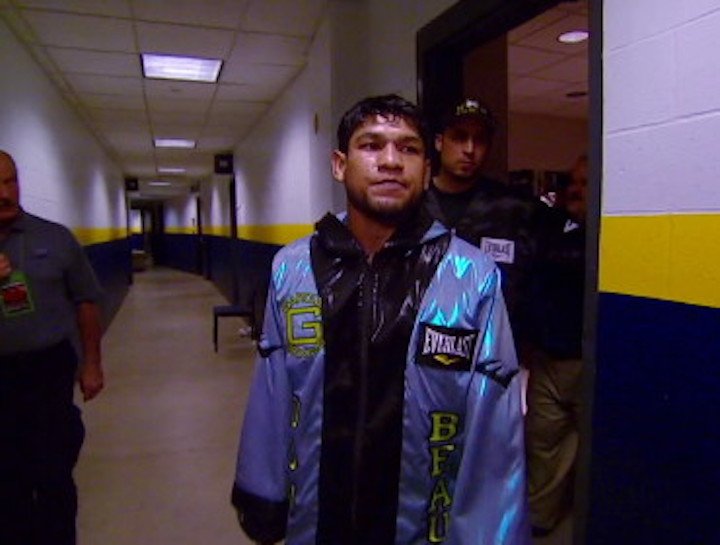 In sad news, former super-featherweight contender and one-time world title challenger Eloy Perez died over the weekend, on October 11th at the age of 32 years. A Mexican/American with huge talent, Perez was widely tipped to one day become a world champion. A solid amateur who won two California state Golden Gloves titles amongst other trophies, Perez was signed up by Golden Boy and an unbeaten pro career of 22-0-2(7) was reached.

But then, in February of 2012, “The Prince,” as Perez was known, met fellow unbeaten Adrien Broner in a fight that saw Perez have his one and only shot at a world title. Perez, then aged 25, was stopped in the fourth-round of an exciting if largely one-sided fight. Broner would of course go on to win a few more belts, and also become a very controversial figure, very much of the ‘love to hate’ variety.

Perez would run into controversy himself, testing positive for cocaine after the Broner defeat. Perez would never fight again.

During his short lived seven-year pro career, Perez, gaining more and more attention and earning himself a good deal of publicity as well as a fan following, was able to pick up good wins over the likes of Ira Terry, Daniel Jimenez. Dominic Salcido and Alejandro Rodriguez. Perez was the reigning WBO NABO super-featherweight title holder from 2009 to 2011.

After the loss to Broner and the following failed drugs test, Perez pretty much vanished from view, his career having sadly fallen apart. We will never know just how good Perez might have become if he had been able to fight on after losing his unbeaten record.

Our condolences go out to Eloy’s friends and family at this sad time.