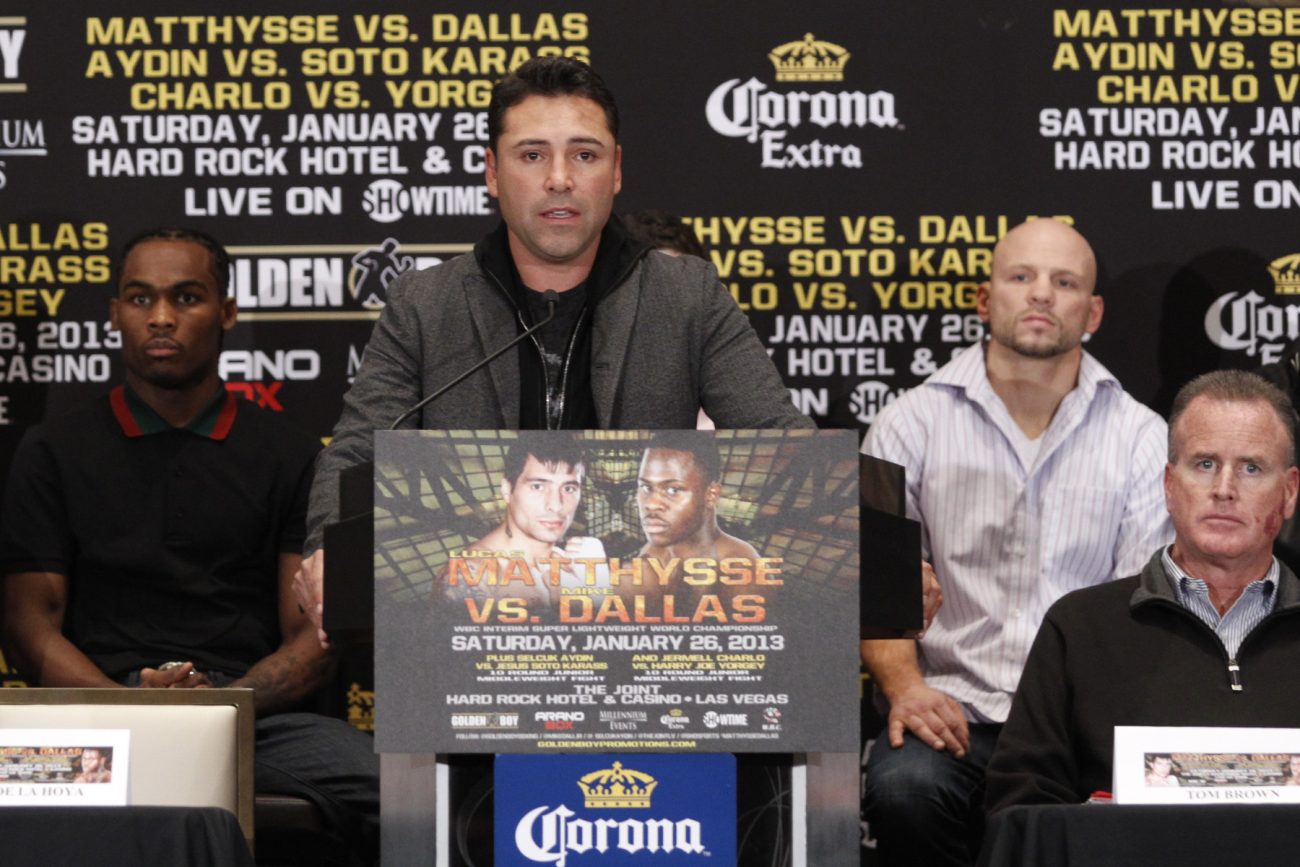 The Dec. 19 HBO card from the Turning Point Resort & Casino in New York, that features the intriguing heavyweight clash between American former world title challenger, Bryant Jennings (19-1, 10ko) and unbeaten Cuban defector, Luis Ortiz (23-0, 20ko), has been beefed up with some new additions.

Golden Boy chief exec, Oscar De La Hoya, has worked with the broadcaster- as well as other promoters- to add to the card, which now also features former WBA featherweight champ, Nicholas Walters (26-0, 21ko), squaring off against fringe contender, Jason Sosa (18-1-3, 14ko) over 10 rounds at 130 lbs.

Also on the bill is a catchweight middleweight (158 lb) clash between former Manny Pacquiao/Miguel Cotto foe, Joshua Clottey (39-4, 22ko) and Philadelphia’s Gabriel Rosado (21-9, 13ko), as well as the 2nd intriguing battle on the bill – at 175 lbs – between Yunieski Gonzalez (16-1) and hard hitting Ukrainian prospect, Vyacheslav Shabranskyy (16-0, 14ko) – who is looked after by Golden Boy.

“We worked hard to put this card together and we’re very happy with it,” De La Hoya told ESPN.com. “Four really good fights on one card. It will be a great night to end the year with a bang.”

Speaking about the solid light-heavyweight battle between his fighter, Shabranskyy, and Gonzalez – who was controversially beaten by Jean Pascal earlier this year – De La Hoya was optimistic fans could be in for a cracker, as his man secures the route to bigger things.

“Gonzalez and Pascal was a great fight and we saw what Gonzalez could do, so we know we’re throwing Shabranskyy into the fire. But the winner will be knocking on the door to fight the best light heavyweights,” he said. “We promote Shabranskyy and, of course, I’m rooting for my guy, but this is a 50-50 fight.”

Star Boxing’s Joe DeGuardia, who looks after both Gonzalez and Joshua Clottey, said;

“For Joshua, it will be a little higher weight than usual but I think it’s the kind of card and kind of higher-profile fight that can put him in position to be where he has been — in world title contention.”

British fans will keeping fingers crossed that Boxnation pick up the rights to the card, which would be the perfect follow on from the Andy Lee/Billy Joe Saunders card they televise from Manchester earlier that night.