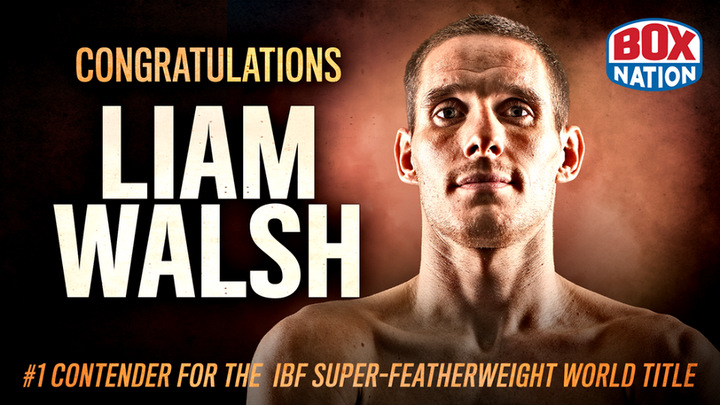 After a cagey opening round the classy Walsh began to take control of the fight, doubling up on his jab and landing some well-timed shots. It was more of the same in the third as Walsh looked the quicker and more agile of the two.

Walsh dropped his Russian opponent to the canvas with a straight right at the very end of the fifth round and Klimov was given the mandatory eight count. The rowdy ‘Farmy Army’ roared Walsh on as he dominated the latter rounds of the fight. Rochdale born Walsh continued to score with crisp jabs and right hands in the championship rounds and was triumphantly lifted into the air by his brother Michael after the final bell.

Speaking to BBC Radio Norfolk after the fight Walsh said: “I need to watch the fight back. Everyone has told me it was brilliant but I need to watch it back because I feel like I could have done better. I always want to win at all costs but a very close second is to keep fans entertained!

“Everyone is telling me it was a world class performance so maybe I’m being a bit daft. I felt in control and I felt like he couldn’t really hurt me. He was consistent, solid and he stuck to his guns. He didn’t force himself and he didn’t do anything crazy to leave gaps so it was difficult to prise him open.

After his impressive win over Klimov, Walsh now find himself in line to face Puerto Rican Champion Jose Pedraza. Stylish southpaw Walsh is willing to travel anywhere in the world to fulfill his destiny.

“I don’t know anything about the Pedraza fight yet, I haven’t given it any thought. If I had my way it would 100% be in Norwich, if not then we’ll travel away. Let’s travel to America. Let’s get booed out of the arena with all of the odds against me! Let’s be the underdog! I’ll perform under that pressure I’m sure. I’ll go anywhere to fight Pedraza. A ring is a ring to me!”