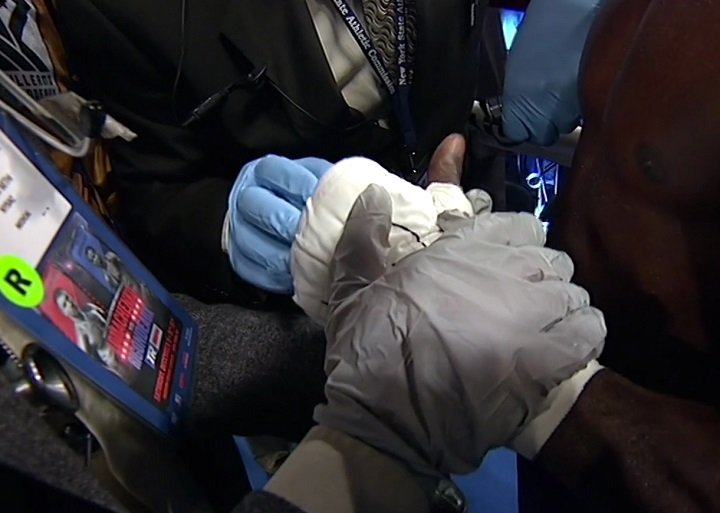 It’s been a while since I have brought a case to these forums, but today I find myself compelled to stand up in defense of Guillermo Rigondeaux. After retiring on his stool after six rounds in his fight with Vasiliy Lomachenko, there are many who question Guillermo Rigondeaux’s heart.

This is ridiculous of course, as any man who fights professionally has heart. Moreso, any man who braved defecting from Cuba to make a better life for himself has more heart than most. But more than heart, Guillermo Rigondeaux has great pride. How could he not? A two time Olympic gold medalist, an undefeated professional champion, with the self-belief born of that pride to move up not one, but two weight classes to challenge a man that many consider to be at the topmost level of the mythical pound for pound rankings.

Pride often drives boxers to give more of themselves in the ring than they ever thought possible. Pride is certainly one of the greatest motivating forces in sport, sometimes (although perhaps not often) greater than money. Pride is what drives a fighter through pain, through injury, to continue even though the chance of victory is so slim as to be nonexistent.

So, why did Guillermo Rigondeaux, and so many of Vasiliy Lomachenko’s recent opponents, quit, despite the fact that from the outside looking in, they weren’t in any real immediate danger? There have been plenty of references to the famous “No Mas” fight, contested between Ray Leonard and Roberto Duran back in 1980.

Many have speculated as to why a prideful man like Roberto Duran would throw in the towel despite not sustaining any significant damage in that fight. Having followed the career of Duran, the amount of physical damage the man could sustain (and dish out) was extraordinary. However on that night, the damage he sustained was not physical. It was damage to his pride. Ray Leonard humiliated Duran for much of their contest, and Roberto’s pride would not allow it to continue.

No different than Guillermo Rigondeaux, who was being toyed with round after round by a far superior technician. Better to retire and face the criticism than to allow yourself to continue to be publicly humiliated. Point to a hand injury to save some face, or to at least allow your pride some respite. I am fine with Guillermo Rigondeaux retiring with as much of his pride intact as possible. “No Mas” is not a sign of weakness, or a lack of heart: it is a show of pride and should never be a source of shame.