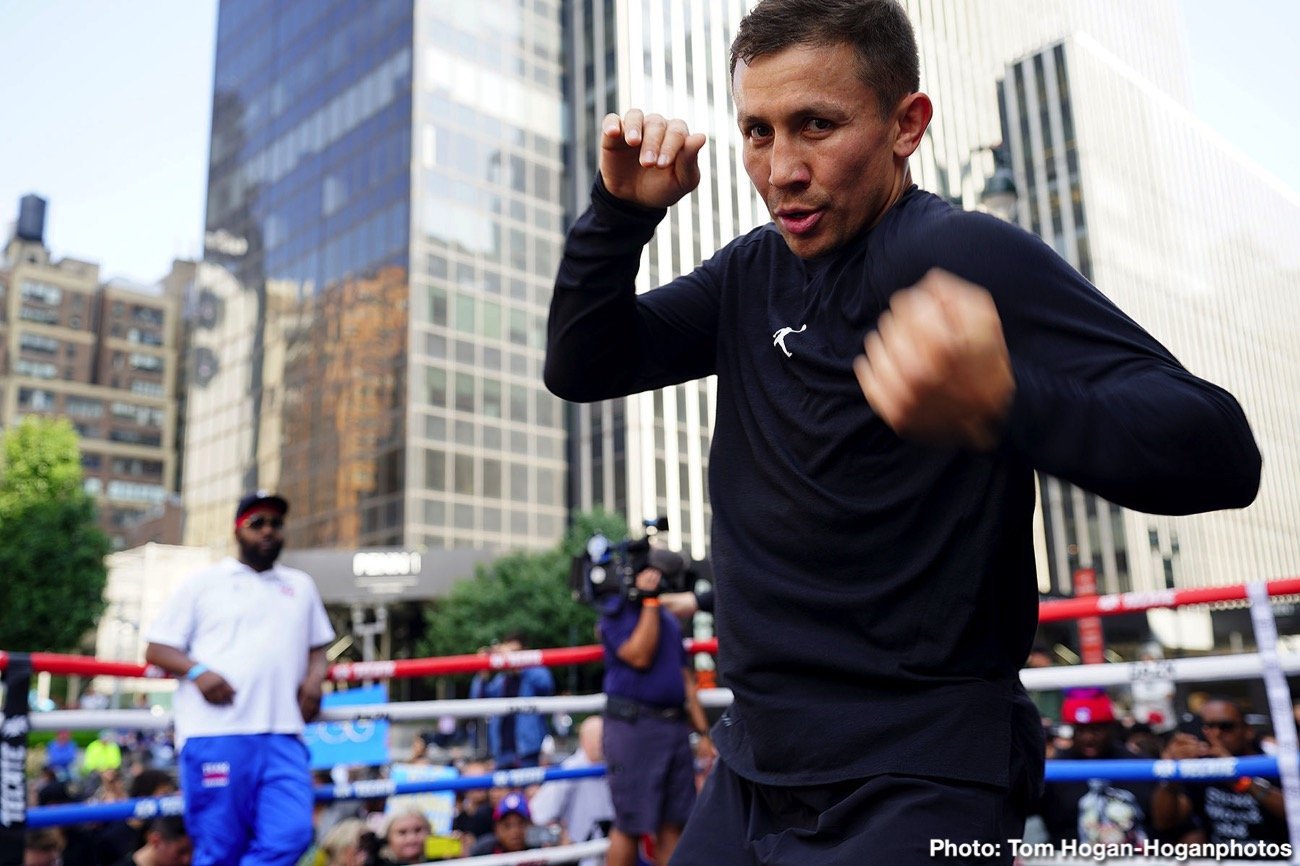 It’s unifinished business and it needs to get settled, and Eric Gomez of Golden Boy says Canelo Alvarez fully understands this and the Mexican star is “willing to entertain that third fight” with Gennady Golovkin. Gomez spoke with Sky Sports and the Golden Boy president said talks have begun with the hope being the third fight will take place some time next year.

It’s clear how Canelo feels very strongly he is the A-side, the better, more poweful fighter of the two (poweful in more ways than one), but hopefully the Mexican star will be reasonable at the table and GGG will be afforded the respectful deal he is entitled to – after all, who won the first fight, maybe the second fight also, in the opinion of many millions of fans? Canelo boxed far better in the second fight than he did in fight-one, yet the question of who is the better fighter of the two still needs answering in a comprehensive way.

“They both realise now that their events were very successful. For them, monetarily, it would be very beneficial to fight again,” Gomez said of Golovkin and Canelo. “We have had some discussions about doing the third fight with Golovkin which would be very exciting. He is willing to entertain that third fight. Hopefully we can surprise everybody by getting that fight going next year. More than anything, the fans are interested. Both fights were were very close and exciting. They both realise that now. They are both open to the fight.”

This is of course great news for us fans. For even if the third, deciding fight between these two should have been history by now – ideally taking place in 2019 – a third fight in 2021 would be a case of ‘better late than never.’ Canelo, who turns 30 this week (the 18th) is probably at his peak now, whereas GGG, 40-1-1(35) has appeared to have slowed down, the miles on the clock affecting the 38 year old. It’s likely Canelo would/will enter the ring for a third fight as a firm favorite to win.

An acceptable weight the third fight would be fought at could prove problematic – can Canelo, 53-1-2(36) get down to 160 pounds still? But money can and surely will talk. That and fan demand should see GGG-Canelo III get made. Will we see a stoppage, one way or the other, this time?