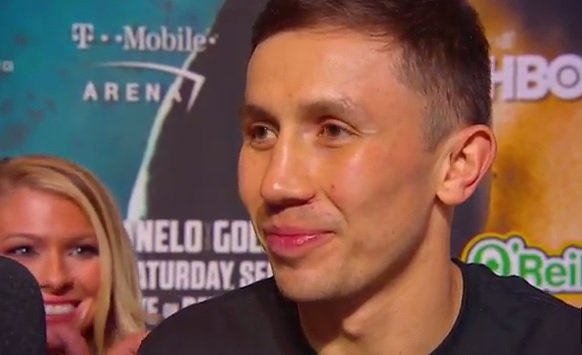 With the questionable judges’ scores from the Saul “Canelo” Alvarez vs. Gennady “GGG” Golovkin mega-fight that took place on September 16 last month in Las Vegas, Nevada, promoter Tom Loeffler says Gennady and him want a fair playing field when it comes to the rematch against Canelo next year.

Loeffler would like the Canelo-GGG rematch to take place outside of Nevada, but Golden Boy appears to want to have the second bout in that state once again. If the choice were up to him, Loeffler says he would look to stage the second Canelo vs. Golovkin fight in New York or Texas.

“We’ll sit down with Bob (Bennett) and there are some things we’d want to address if the fight goes back to Vegas – we won’t rule out Vegas, but I know there was some hesitation from the ‘GGG’ side,” Loeffler said to MMAjunkieRadio. “He’s never had that issue when he’s fought in California or New York or even in London. We just want to make sure it’s a fair playing field for both sides.”

Fighting in Vegas could put Golovkin at a disadvantage. He’s fought there just once in his career compared to the 27-year-old Canelo, who has fought in Las Vegas on 8 occasions in big money fights. There’s a direct imbalance between the two fighters. For all intents and purposes, Las Vegas is home for Canelo. Golden Boy Promotions can use Canelo’s A-side muscle to insist on the Golovkin rematch taking place in Las Vegas.

If Golovkin is given no choice but to fight in Vegas or else he gets no rematch, then he’ll likely take the fight. If the alternative is for Golovkin to sit and age for 2 to 5 years until he’s no longer the fighter he is today before he can get a rematch with Canelo, it’s highly possible that he’s swallow his pride and agree to do the rematch in Vegas. In a sense of fairness, it would be a classy move for Golden Boy and Canelo to agree to make the Canelo-Golovkin rematch in New York or Texas to show that they’re no trying to get the upper hand on the Kazakhstan fighter when it comes to the scoring of the second fight.

If there wasn’t already a history of controversial scoring from the first Canelo-GGG fight, it wouldn’t be such a big deal, but obviously that’s not the case. The scoring by 2 of the judges from the September 16 fight was unusual. The judge that scored the Canelo-Golovkin fight 114-114 for Canelo, gave him round 7, which was easily Golovkin’s best round of the fight. Golovkin would have won if the judge gave him round 7.

“Don Trella, who’s actually a neutral judge form Connecticut, he scored the seventh round, which I thought was one of Gennady’s best rounds of the fight, he scored that for Canelo, and that’s how he came up with a draw,” said Loeffler. “So even though Adelaide Byrd took a lot of heat because or her wide score, had Don Trella scored it the way Dave Moretti scored it, we wouldn’t be talking about this.”