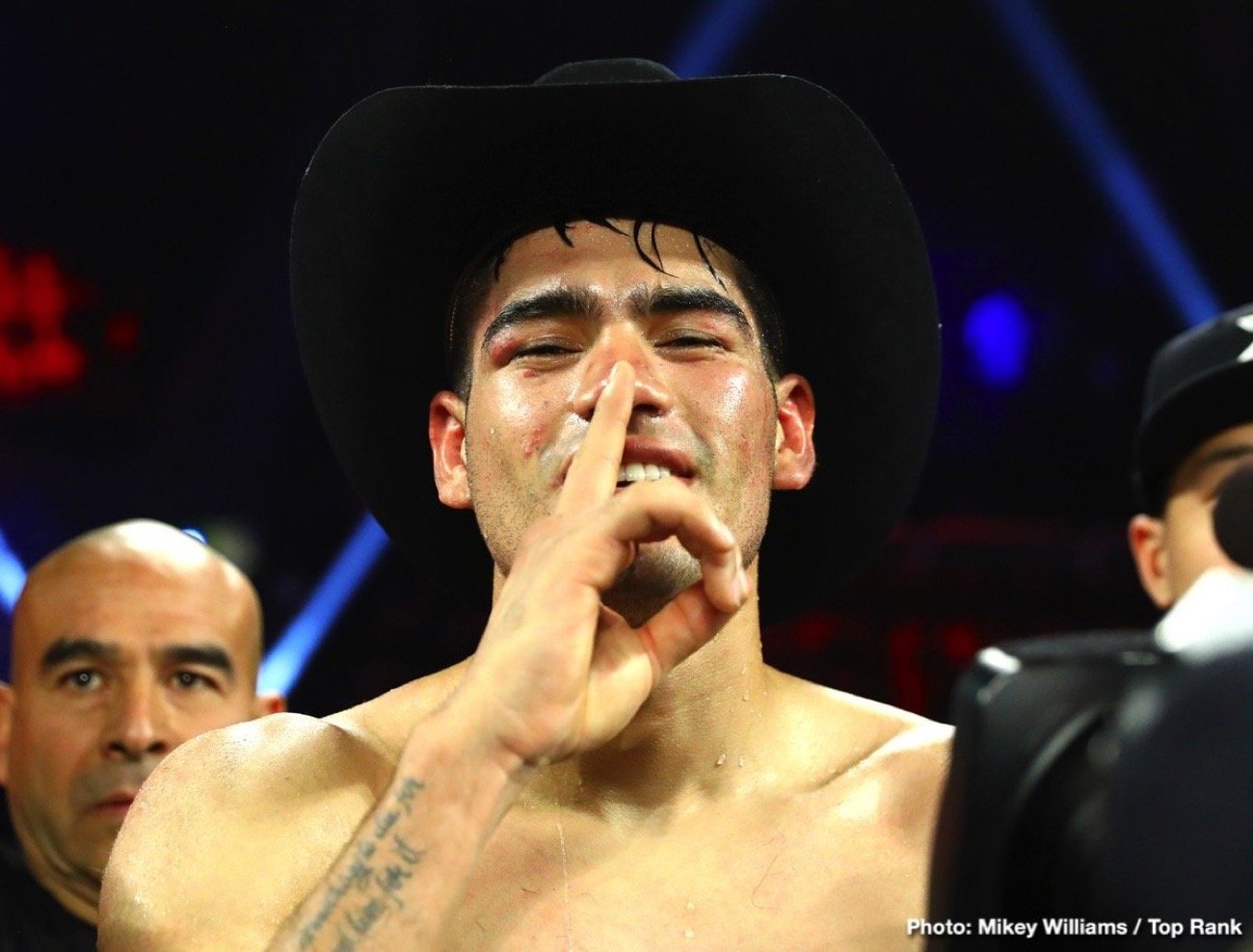 “I expect a war in the ring. I expect the best Lopez. He is training a lot. I have watched his interviews and he feels confident about this fight because he has nothing to lose and a lot to gain,” said Ramirez.

Lopez has good reason to be confident about this bout. He has won ten in a row, eight by knock out. In July 2019, he obtained the vacant WBO NABO light heavyweight title with a fourth-round stoppage win over Alex Theran. In his last outing, last November, he defeated Denis Grachev via a tenth-round unanimous decision to capture the vacant NABF light heavyweight belt. This is Lopez’s first NABF title defense.

“For me, I am really confident about the preparation that I have done for this bout and I see that my hand will be raised because I have to win no matter what,” said Ramirez. “I see myself winning by knock out. I think it will be a great night for me.”

“The Battle of Rio Grande” will be co-promoted by both fighter’s promotional companies, Zurdo Promotions and El Tigre Promotions, the first promotional event for either company. The undercard will feature consensus top-ten heavyweight contender Michael “The Bounty” Hunter versus late replacement Shawn Laughery, who has won three in a row. The main event and undercard bouts will be aired live on pay-per-view starting at 8 p.m. ET on FITE.TV for $24.99. Integrated Sports Media will distribute the boxing card throughout North America via DirecTV, iN Demand, and DISH in the United States, as well as in Canada on Shaw and SaskTel.

The twenty-nine-year-old southpaw from Mazatlan, Mexico started his own promotional company, after he decided not to renew his contract with longtime promoter Top Rank, who he had been with for the last six years. Their last fight together was against Tommy Karpency in April 2019.

“I feel excited. It is so much fun to be a promoter and to be a role model for kids. I want to do my best and do it the right way. I want to help fighters reach their goals and develop their careers, and I hope to eventually have twenty Zurdo Ramirezs in my company,” said Ramirez. “I want to sign fighters in the near future and become a big promotional company like Top Rank, and Golden Boys [Promotions] and Mayweather [Promotions], which are two good promotional companies that were started by great professional fighters.”

During Ramirez’s time with Top Rank, he obtained the WBO super middleweight belt with a one-sided, twelfth-round unanimous decision over former three-time, two-division world titleholder Arthur Abraham in April 2016. Ramirez won every round on all three judge’s scorecards. With that victory, he became the first Mexican super middleweight champion and only the second Mexican fighter to win a world title above middleweight (Julio César González won the WBO light heavyweight belt over Dariusz Michalczewski in 2003). Ramirez made five title defenses over two and a half years, with wins over Maksym Bursak, undefeated challengers: Jesse Hart, Habib Ahmed, and Roamer Alexis Angulo, and Hart in a rematch.

“It was a great honor for me to become the first Mexican super middleweight champion. To make history. It will be in all the books for life. I want to be a legend. I want people to remember me,” said Ramirez. “It was also special for me because all the sacrifices, fights, and training was for that moment and in that moment, I achieved my goal of becoming a world champion.”

After his victory over Hart, Ramirez vacated his WBO super middleweight title and moved up to the light heavyweight division. In his first bout at 175-pounds, he dominated former three-time world title challenger Karpency and then knocked him out in the fourth-round.

“I feel more comfortable at 175-pounds. In my last fight, it was very difficult for me to make weight at 168-pounds. My body needed me to move up in weight,” said Ramirez.

Despite having a great deal of success while being promoted by Top Rank, Ramirez got frustrated by not getting significant fights. After his victory over Karpency, Top Rank offered him a bout against Felix Valera (18-3, 15 KOs) on the undercard of the Tyson Fury vs. Otto Wallin bout. They also invited Ramirez to participate in a WBO light heavyweight tournament, which would have determined their champion. Neither of these fights appealed to Ramirez.

“I did not want to participate in the WBO tournament because I was already WBO’s number one contender, so why did I need to fight in a tournament when I was already in line for a title shot,” said Ramirez. “I started my promotional company, so I could have more control over my career by picking my opponents and increasing my chances for bigger fights.”

For more information about Ramirez and the latest updates on his journey to another world title, friend him on Twitter @ZurdoRamirezz and @ZurdoPromotions, on Instragram @zurdoramirez and @zurdopromotions, and check out his website www.ZurdoPromotions.com.