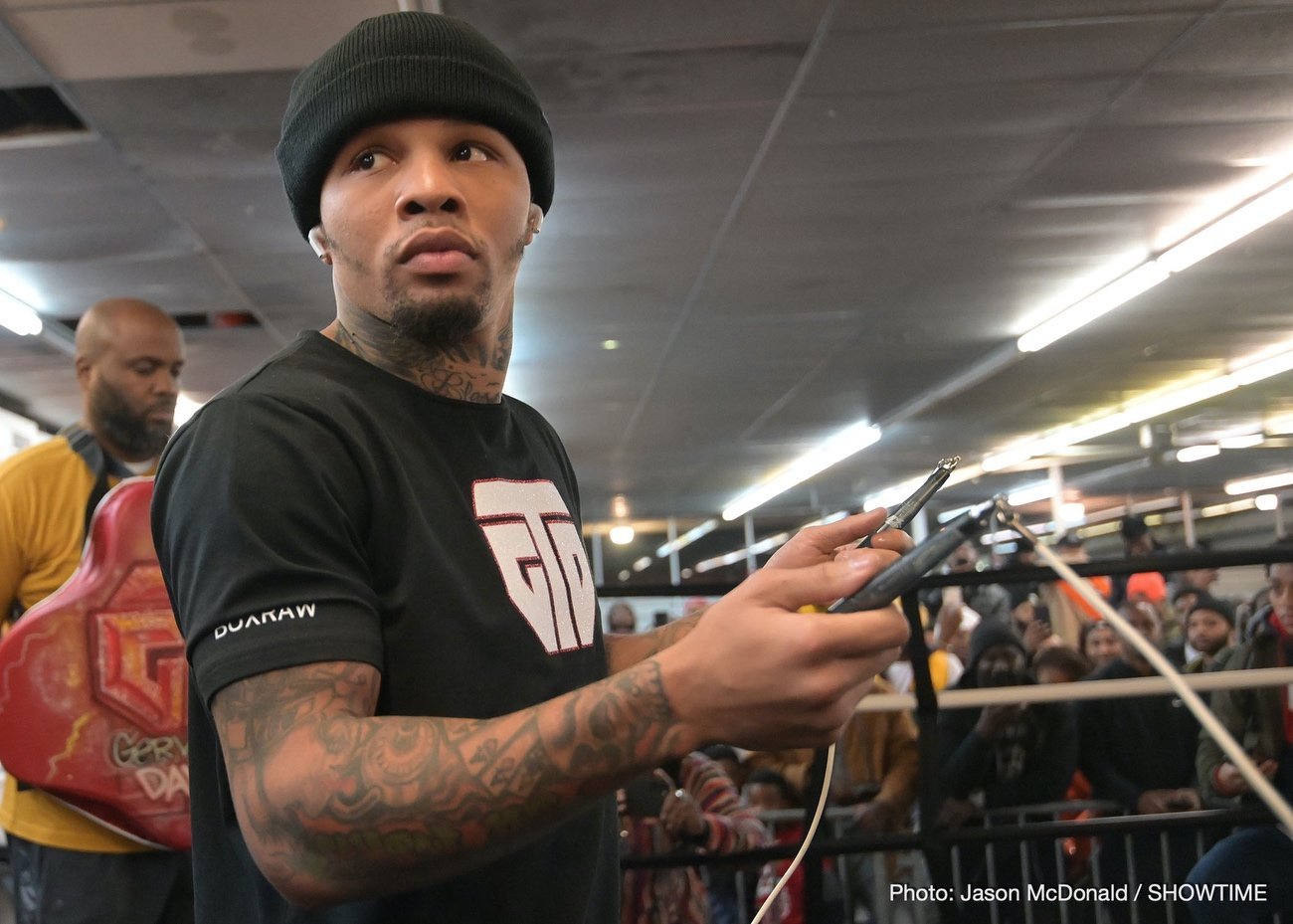 Unbeaten superstar in the making (maybe) Gervonta Davis will, as fans know, take the toughest fight of his pro career on October 31, when he will square off with Mexican warrior Leo Santa Cruz. A great fight is expected by all and with Davis nothing will stop him from fighting – not even the risk of going down sick with the coronavirus. Speaking with TMZ Sports, “Tank” said that fighting in front of fans – as he and Santa Cruz will be doing at the Alamodome on Halloween Night – is worth the risk.

“I’m just only speaking for me as a fighter – I’m okay with getting sick to please the fans,” Davis said. “If I got sick and I find out that night, I’d be okay with it just knowing that I put on a great show. I did it in front of the fans. I did it for a cause. If I gotta take that hit, then you know I’ll quarantine by myself, and I did something great for the sport and things like that. I’m not saying I want that to happen but if that was to happen, I’m okay with taking that lick on the chin. Take that 14 days and stay healthy.”

It’s tough to decide quite what to think about what Davis has said. We fans are of course all for fighters, our heroes, giving their all for us in fights, but is Davis, 23-0(22) going too far here? Obviously, we all hope neither he nor Santa Cruz gets struck down by Covid, and stringent pre-fight testing procedures will of course be taken with regards to the fighters, the officials and fans entering the arena.

But plenty of big fights have taken place behind closed doors, so should that have been the case here too; with a better safe than sorry approach adopted? The big money will be generated by the Pay-Per-View money, after all.

Above all, let’s hope both Davis and Santa Cruz, 37-1-1(19) come through the fight healthy and well. Fighters take enough risks merely by way of stepping into the squared circle.