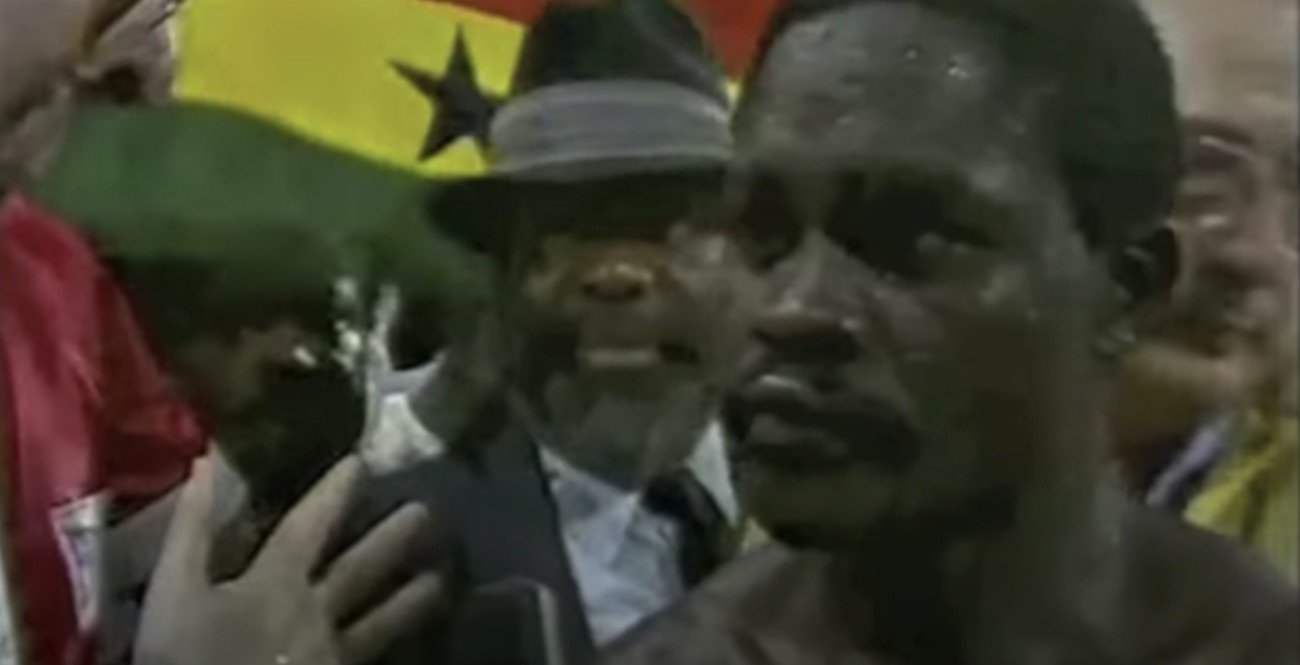 Of all the lower weight super-fights that never happened, a clash between featherweight greats Azuma Nelson and Barry McGuigan comes close to topping the “what if?” lists. The two were rival 126 pound champions in the mid 1980s, Nelson the WBC ruler, McGuigan the WBA champ. Sadly, for whatever reason or reasons, this blockbuster never came to fruition.

But Nelson sure wanted it.

On this day back in 1985, “The Terrible Warrior” travelled to Birmingham, UK to make the second defence of his title. 27 year old Nelson went in against the experienced and classy Pat Cowdell. Cowdell was 32 years of age (old for a featherweight, especially back then) but he had never been knocked out (stopped once, very early in his career, on cuts). Cowdell had also been 15 rounds with the great Salvador Sanchez, the man who stopped an unknown Nelson in a titanic battle a year after winning a split decision over Cowdell.

This made what happened on the night of October 12, 1985 all the more shocking. Nelson, coming out fast, letting his hands go in an intimidating manner, countered a Cowdell jab with a crushing left uppercut that landed smack, bang on his challenger’s briefly exposed jaw and down Cowdell went. For an alarming amount of time. The fight lasted just over two-minutes but Cowdell was laid out on the canvas for a good deal longer than that. Nelson said in the post-fight interview that he had said he would knock Cowdell out in the first round.

Then talk turned to McGuigan. Nelson said he wanted to fight him, “any time, anywhere,” and he also predicted how McGuigan would “not last four rounds with me.” Did the brutal display of handiwork Nelson showed against Cowdell scare McGuigan and his team away? Who knows, but the fight never happened. Instead, McGuigan went into a defence against Danilo Cabrera in February of 1986 (Cabrera also fighting Nelson, in September of ’86), before he was shocked by relative unknown Steve Cruz that summer. His title reign over, McGuigan was no longer on Nelson’s radar. The featherweight division had lost what may well have been a very special fight.

Nelson went on to retain his WBC title a further four times, before moving up to become champion at super-featherweight. In total, Nelson scored 28 KO’s during his Hall of Fame career, but it could be argued that the destruction job he did on the durable Cowdell deserves to sit atop his highlight reel.

Cowdell came back from the brutal KO, winning six of eight bouts, yet he never again challenged for a world title.