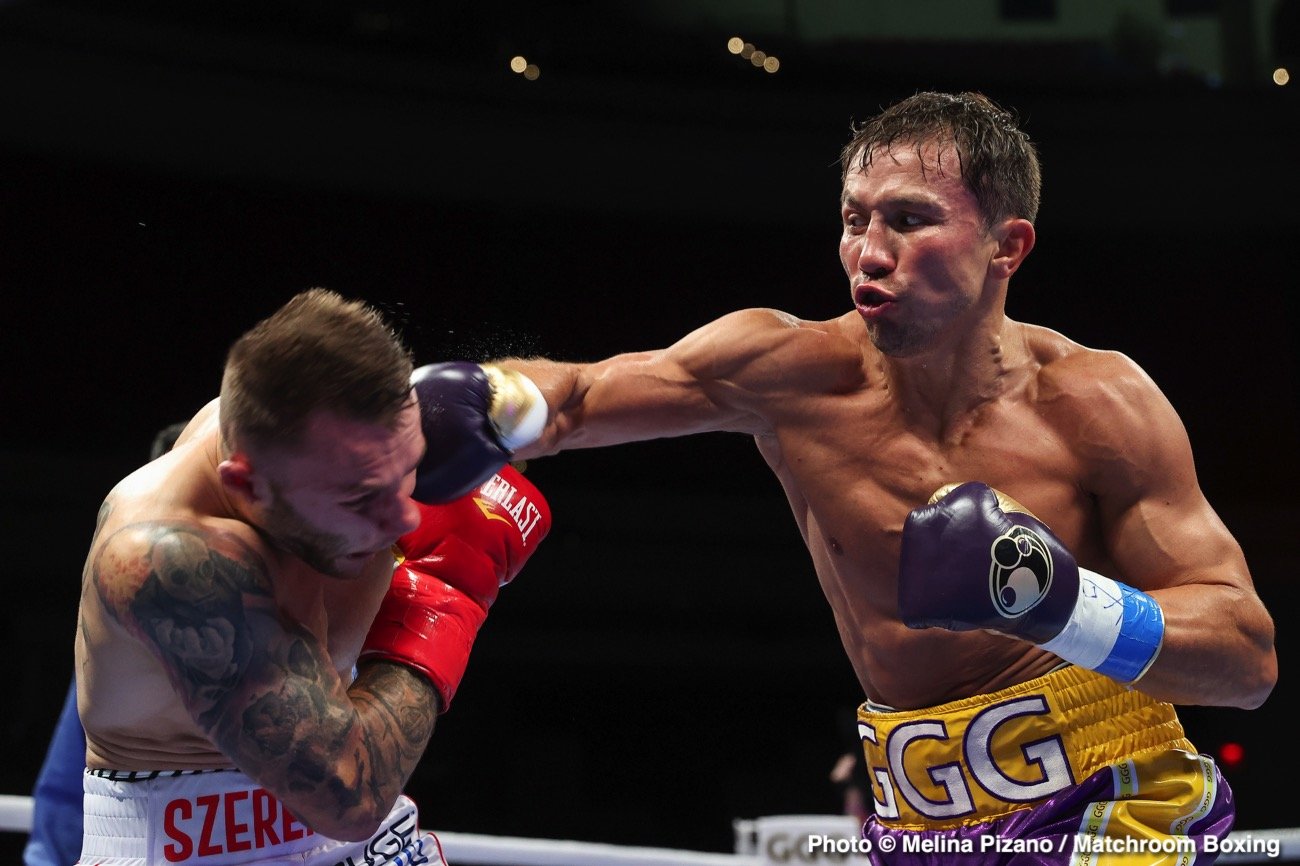 For the first time in his boxing career, Gennady Golovkin had a full year without action here in 2021. Not fighting one single time this year, Golovkin, who might still be the best middleweight in the world, is too great a fighter to be having such an inactive spell. It wasn’t all Golovkin’s fault, what with his planned December fight in Japan, with Ryota Murata, being pulled due to further Covid-19 restrictions in the country. But for GGG fans, and there are many of us, 2021 was one big, big disappointment.

And those 12 wasted months represent time Triple-G will never get back. For a fighter who is pushing 40 years of age (next April), Golovkin’s inactive spell cannot in any way have been beneficial towards things such as reflexes, timing, and sharpness. Then again, maybe the good rest will have done Golovkin, 41-1-1(36), a whole lot of good. Maybe, and here’s hoping, GGG will return with fresh vigour and renewed desire in 2022. Golovkin did tweet after the Murata fight fell through how he still wants to fight the Japanese slugger, so maybe this fight will still happen.

But if Golovkin has only a limited amount of time before his good/very good or great career (you decide which it currently deserves to be ranked as) will be over, shouldn’t he be taking the biggest possible fights out there for him – the fights that mean the most and will add the most to his legacy? Yes. So why wasn’t GGG able to get the big fights this year? Did Golovkin even want them? Last seen warring with Kamil Szeremeta, in his one and only fight of 2020, Golovkin needs to show us all what he really wants in 2021.

The big one we STILL want, is the third go with Canelo Alvarez, this a fight Golovkin now needs more than Canelo needs it. But we would also take Golovkin against the likes of Jermall Charlo, Demetrius Andrade, Jaime Munguia, and Chris Eubank Jr. Golovkin has to show us all how much he has left – in both ability and hunger.

Again, after a no-show 2021, here’s hoping the (arguably) greatest boxer to have ever come out of the country Kazakhstan can return with a vengeance over the coming year. Can GGG go out with a bang as he puts the finishing touches on his Hall of Fame career?