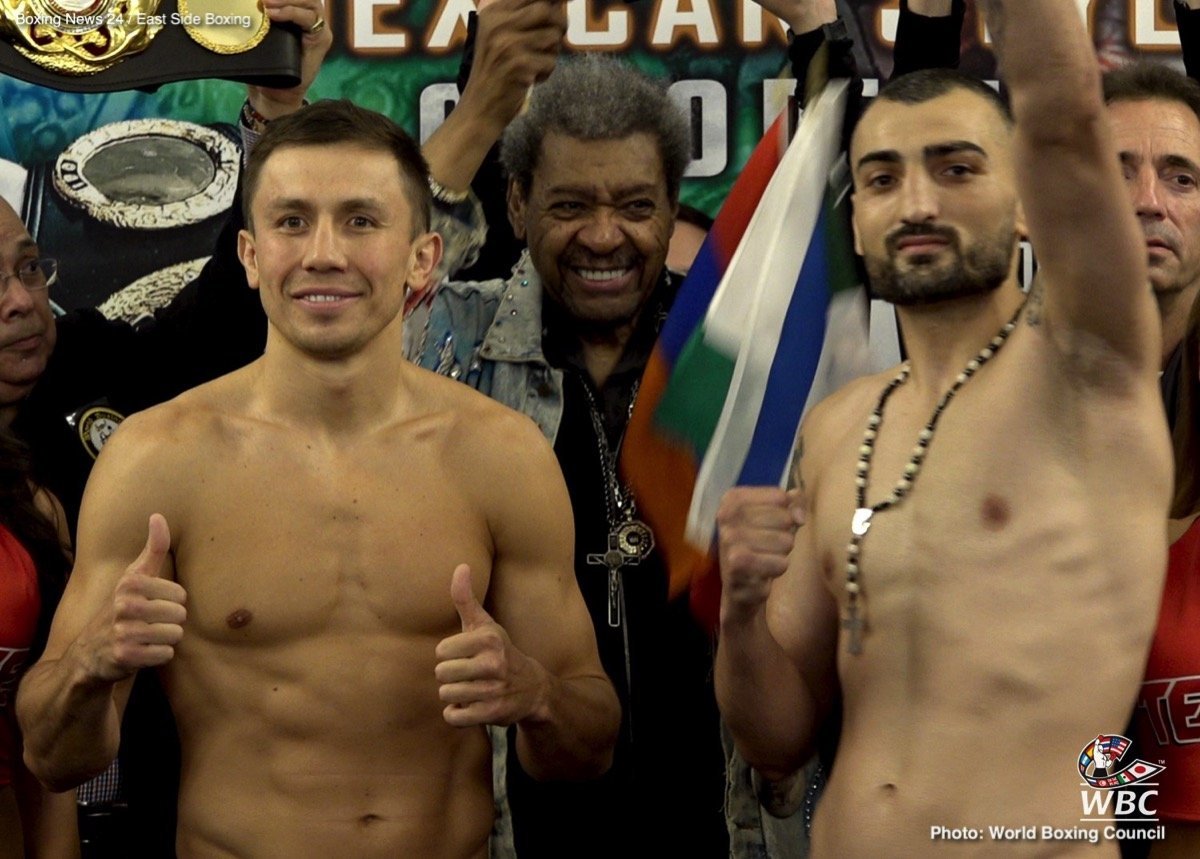 Middleweight champion Gennady Golovkin looks to defend his championship for a record-tying 20th consecutive time against Vanes Martirosyan in a 12-round bout.

Pound-for-pound star Gennady Golovkin’s ring return this Saturday night against Vanes Martirosyan will be shown live and exclusive on BoxNation.

The unified middleweight world champion Golovkin will put his WBC and WBA belts on the line against the man known as ‘The Nightmare’ at the StubHub Center in Carson, California.

The bout was quickly arranged following the suspension of Golovkin’s Mexican nemesis Canelo Alvarez after he tested positive for the banned substance clenbuterol which saw their eagerly anticipated Las Vegas rematch cancelled.

Now, though, live and exclusive on BoxNation, UK and Ireland boxing fans will be able to see one of the sport’s most exhilarating fighters in action this weekend as he looks to defend his middleweight titles successfully for the 20th time, a feat previously accomplished only by Hall-of-Famer Bernard Hopkins.

Despite going in as the underdog against the Kazakh, 31-year-old Martirosyan has already shared the ring with some accomplished names including Erislandy Lara and Jermell Charlo and will be seeking a title for the third time.

“Vanes Martirosyan is now the most important fight of my career. He has my respect, and I have been training hard to defend my titles against him,” Golovkin said. “I am happy to be fighting at the StubHub Center because they have great boxing fans. I will give my fans another big drama show.”

“Gennady has had such a terrific training camp in Big Bear. It wouldn’t be fair to him to let it go to waste just because Canelo was being punished,” Golovkin’s trainer Abel Sanchez added. “Gennady is going to light up Cinco De Mayo as only a true Mexican-style fighter can. I can’t wait to unleash him.”

Even though he will be moving up to 160-pounds for the first time, the younger Martirosyan believes it will be a huge boost for him going into the fight.

“I always fought better at higher weight classes,” Martirosyan said. “Whenever there was a catchweight in my career, I always did better. So I think it’s going be good because I don’t have to kill myself to make weight.”

Jim McMunn, BoxNation Managing Director, said: “Gennady Golovkin always guarantees excitement and devastating knockout power. We are very pleased to be showcasing him once again live and exclusive on BoxNation this Saturday night against Vanes Martirosyan. Martirosyan might be seen as the underdog but many times in the past we have seen fighters written off and underestimated only for them to produce a shock. Golovkin cannot be careless going into this fight but no matter how it plays out he is sure to produce fireworks that will have fans on the edge-of-their-seats.”