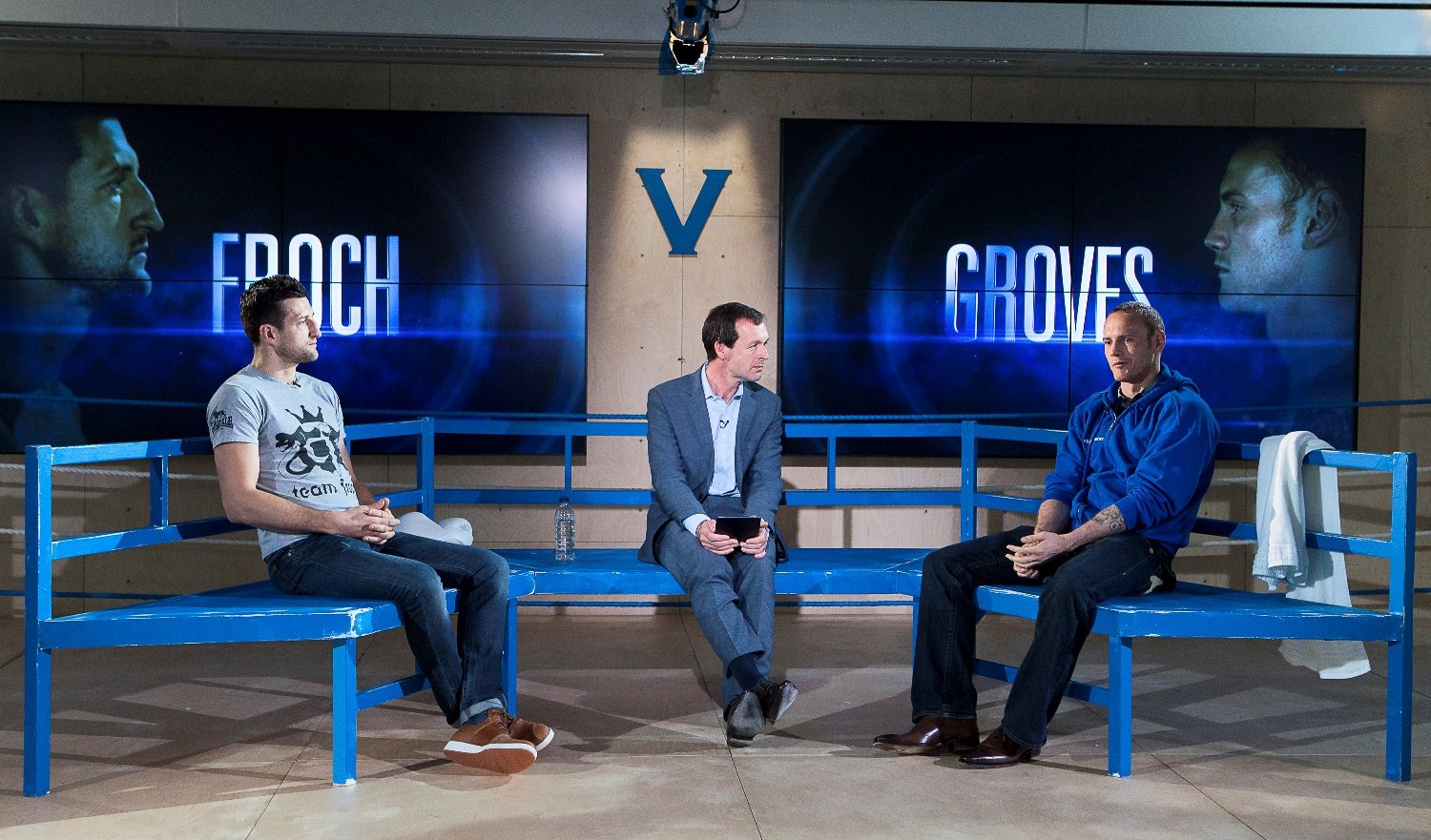 With under a month until the hugely anticipated re-match between IBF and WBA Super middleweight champion Carl Froch and challenger George Groves, the duo came face-to-face in front of the Facebook cameras today, and – finally – they agreed on something.

Both Froch and Groves made it clear that a points decision won’t be necessary – as both pledged to finish off the other within 12 rounds:

‘The judges won’t be needed in this – not one bit’, said Groves, drawing an emphatic response from The Cobra: ‘I agree’.

Despite a confident approach in the Q&A session, Froch revealed that retirement could be on the cards were he to lose the bout. Arguing that Groves would be unlikely to agree to another rematch, Froch said:

‘If hypothetically I was to lose, I would probably retire. I am very, very satisfied with what a glossy, fantastic, unbelievable career I’ve had. If it was to go wrong – I can’t see it happening – I’ll probably stop fighting.’

In a Q&A with boxing fans streamed live exclusively on Facebook, Froch and Groves revealed what fans could look forward to at Wembley.

Responding to questions from fans on Facebook, Froch and Groves explained how social media had helped persuade them into a rematch:

‘There was a massive cry out for a rematch after the first fight – social media fuelled that’, said Groves.

Froch echoed those thoughts: ‘Social media has been a big part of the re-match. It would be happening but without it, it wouldn’t be as big as it is’.

Ahead of the bout George Groves was the Facebook underdog, having amassed 32,000 fans to Carl Froch’s 52,000.

And today the Facebook stats form the first bout – in November last year – were revealed. It turn out that in key-word mentions Groves won by a slither – 50.1% to 49.9%. The top three keywords from the last fight were ‘Fight’, ‘Referee’ and ‘Re-match’ – underlining how anticipated the May 31st contest at Wembley Stadium will be.

A social event of this occasion has never before happened in the sport of boxing – but when it comes to Froch vs Groves, the glove certainly fits. Social media has been at the heart of their rivalry – after the controversial stoppage when the boxers first clashed, it was via platforms such as Facebook that fans roared loudest for a re-match.