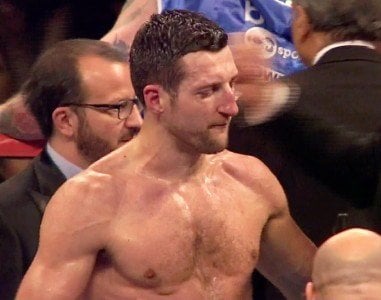 Carl Froch says his fantastic KO win over George Groves at Wembley Stadium connected by EE has still not sunk in – and The Cobra is urging British boxing to capitalise on its greatest night.

Froch secured back to back wins over Groves and retained his WBA and IBF World Super Middleweight titles again with a stunning eighth round knockout, in front of 80,000 fans at the national stadium live on Sky Sports Box Office.

The Nottingham star penned his finally fight diary entry in the Evening Standard today reflecting on the biggest night of his career, and confirming that while he will bide his time over his next step, he has the itch to go over to Las Vegas and sample the bright lights. 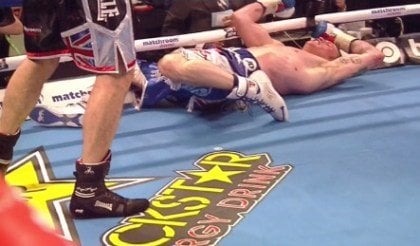 Someone once described boxing as show business with blood. Joe Frazier’s take on it was perhaps more to the point. “Boxing is the only sport where you can get your brain shook, your money took, and your name in the undertaker book.”

How to place boxing as a sport in the second decade of the 21st century? Whenever we take a measure of ourselves and society today the word civilized automatically springs to mind – and yet, interrupting this smug belief in our own sophistication, up pops a sport like boxing to remind us of the uncomfortable truth that barbarism still has its place.

For the second and possibly the last time IBF/WBA super middleweight champion Carl Froch (33-2, 24 KO’s) knocked out George Groves (19-2, 15 KO’s) in stopping him in the 8th round on Saturday night in a tactical battle at Wembley Stadium in London, UK.

Groves retreated to the ropes and was hit by a right hand from Froch that knocked him down and out. American referee Charlie Fitch stopped the fight immediately upon seeing how badly hurt Groves was. Groves protested to the referee about the stoppage once he regained his senses, but it was too late. Fitch had already stopped the fight by the time Groves knew what was going on.

It was a surprise ending for sure, because Groves had taken control over the fight in the 7th and he was fighting well in the 8th until he made a tactical blunder by backing up to the ropes. Froch does well against his opponents when they back up against the ropes, but Groves must not have studied his previous fights well enough to know that. 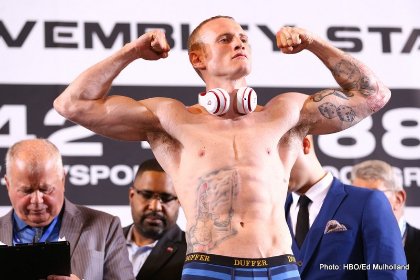 The Grudge, the Golden boys and the Little Stars

Over 75 years since the last time 80 000 people gathered to watch a boxing fight in the UK, the Carl Froch vs George Groves rematch is undeniably a special event.

The headline event has every ingredient required to make it worthy of such an epic sporting occasion. However, just to ensure the night cannot fail, Eddie Hearn of Matchroom promotions has put on a fantastic undercard too.

In Carl Froch vs George Groves we have old vs young, the proven veteran against the up-and-coming contender and north vs south, a mix which has captured the imagination of the nation and the entire boxing world. 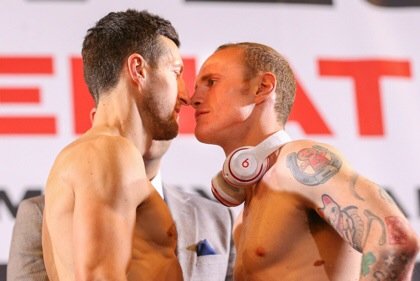 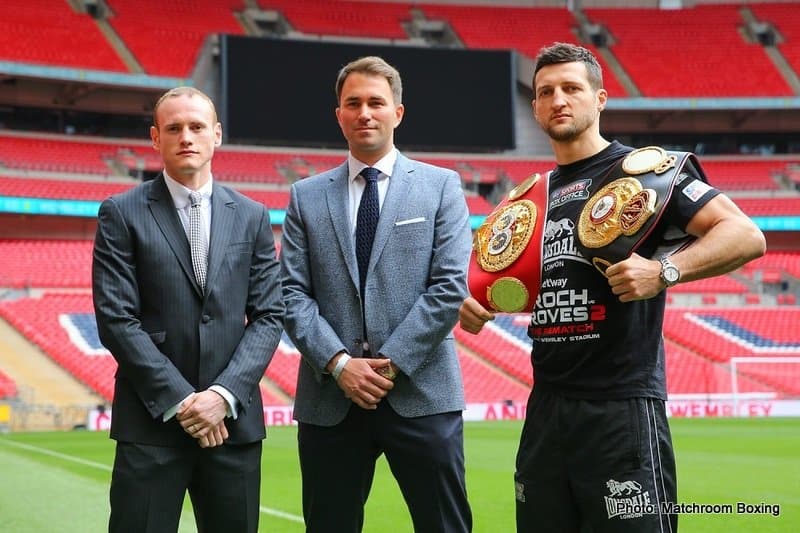 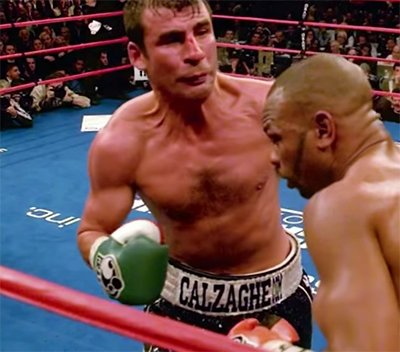 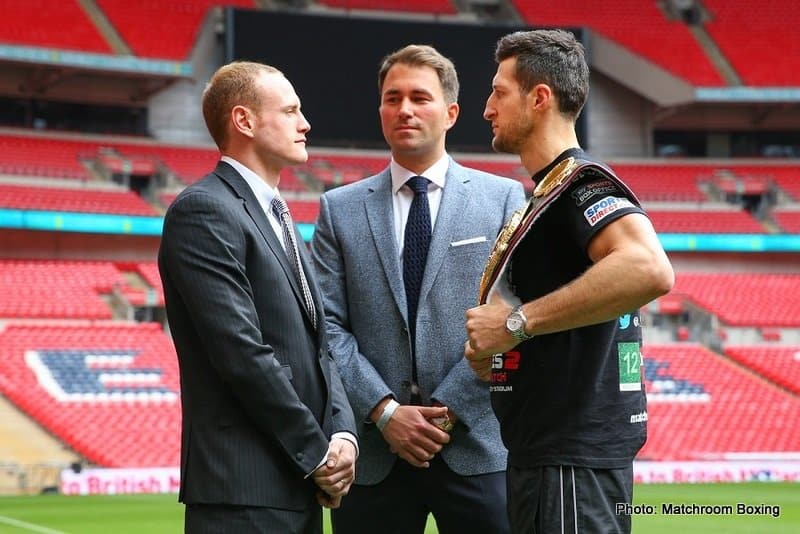 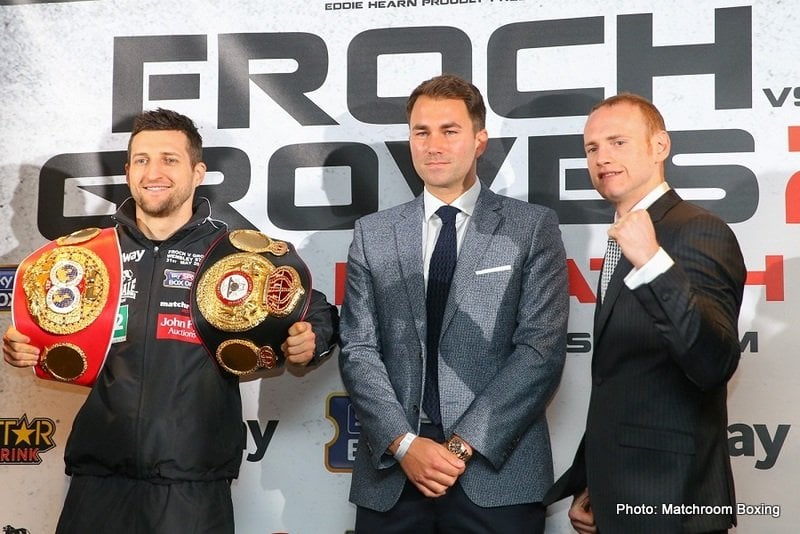 “I still can’t believe that we’ll be walking out in front of 80,000 fans, boxing fans and non-boxing fans.”

“I’ve prepared for this fight like no other fight before. Unbelievable shape. Just perfect shape.”

“I’m extremely confident and I put a lot of my confidence down to my…boxing career.”

American boxing fans can catch a highly anticipated UK rematch and a title fight from Macau when HBO BOXING AFTER DARK®: CARL FROCH VS. GEORGE GROVES II AND SIMPIWE VETYEKA VS. NONITO DONAIRE is seen SATURDAY, MAY 31 at 4:00 p.m. (ET/PT). The HBO Sports team will be calling both events, which will be available in HDTV, closed-captioned for the hearing-impaired and presented in Spanish on HBO Latino. Other HBO playdates: June 1 (8:30 a.m.) and 3 (1:00 a.m.) – HBO2 playdates: June 1 (3:15 p.m.) and 2 (11:00 p.m.)